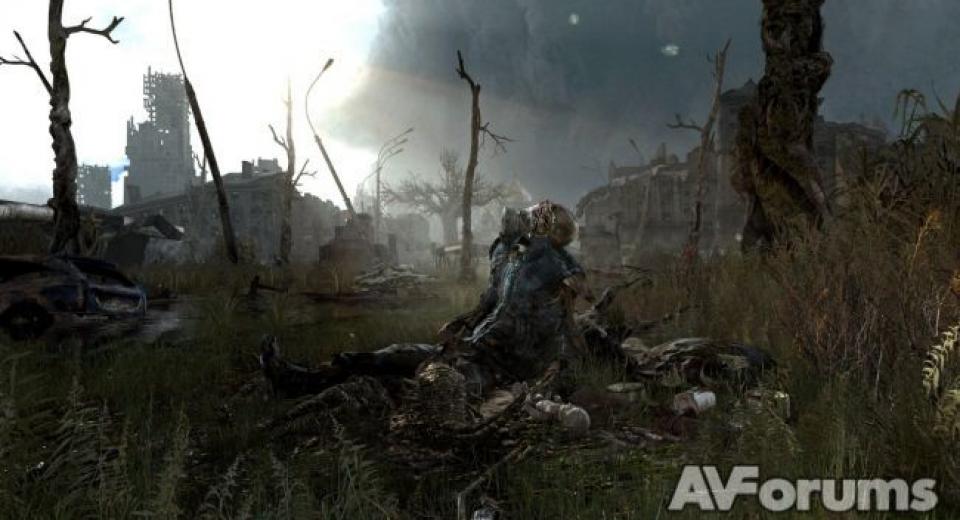 There are plenty of suggestions and theories about how the world will end and what sort of apocalypse will end life as we know it. Maybe the sun will burn out leaving us in eternal darkness or the ice caps will melt and cover the land in water or maybe there’ll come a point where everyone’s brains melt upon yet another Justin Beiber single being released. Whatever happens, the future certainly isn’t certain and makes an interesting topic for gaming and written fiction.

Possibly the most popular purported future is that of a nuclear apocalypse which will wipe out life above ground and see us taking shelter in tunnels and holes below the surface. Novelist Dmitry Glukhovsky has taken full advantage of this belief and written the Metro series of games which sees the population of central Russia moving into the Metro tunnels to escape the horrors at ground level. The events of the first book, Metro 2033, were transformed into a game of the same title in 2010 which received mixed reviews upon release. Whilst being atmospheric and well written, it was criticised for being a clunky example of a first person shooter.

As a direct sequel to this, Metro: Last Light is now upon us and carries on the events from the conclusion of 2033. Previous protagonist Artyom returns and shows his struggle to cope with the decisions he made in the first game which saw him wipe out the species of mutants known as the Dark Ones. Now though, he is on the hunt for the one remaining Dark One, a child mutant which somehow has an attachment to him. You could play this game without the first as there’s enough recap throughout to know what happened previously, but for continuation it’s recommended that you play 2033 first. As these things always prove to be, finding this Dark One seems like an easy task before quickly snowballing into something altogether much larger as you become involved in preventing an underground revolution. The story for which is full of twists and a heap of well-written dialogue which clearly has been a focus for this new title, as the last game was low on this, leaving you a bit disconnected from it. There’s no such problem with Last Light as it centres on all the little things which collectively add up to one big, enjoyable and believable title.

Another large improvement over 2033 is the fact that Last Light leans more towards the interaction between humans in this end-of-the-world situation rather than leaning too heavily on the paranormal element. Fair enough, the story revolves around the Dark One but there are so many sections that involve travelling through populated stations that you see how rough life has become. You start to relate to those struggling and begin to loath those who are exploiting the citizens of the Metro, making Artyom’s journey vibrant despite your bleak surroundings.

The level of detail is seen right from the word go, including skeletons of the deceased of those who were hiding (a family holding one another is a particularly chilling sight), groups of people holding meaningful conversations and one bit allows you to sit through an entire show from start to finish. This really is a living, breathing Metro and not one that has been put together without thought or care. The attention to detail goes above and beyond what is seen in most other games today with terrific graphics, audio and atmosphere. Think on the same level as Bioshock Infinite and you won’t be far off, in fact you could argue that Last Light is more atmospheric than Infinite. That is thanks to the incredible audio which is fantastic in the busy markets to the barren tunnels and the open-air sections, no matter where you are you can hear every little noise that is made.

Dripping water, howling winds and scurrying enemies in hidden pipes all help instill the sense that you’re actually there, which in turn makes you care for your safety. It forces you to take your time, collect items key to survival and check every last corner before finally deciding it’s safe to proceed. Certain sections later on in the game also make this game seem closer to Infinite than you would expect, but to avoid spoilers it’s best if you find these similarities yourself.

Threats come in the form of the mutants both inside and outside the tunnels and enemies which block your path to progression. This gives you the option of playing stealthily or all guns blazing, a feature which was underdeveloped in the first title. Now though, you decide which is the best way to approach each situation; do you sneak up and knock you enemies out or do you bare your teeth and hose them down? Either way is effective and rewarding as you can mix and match the two much like in games such as Deus Ex. The only thing to be aware of is that your decisions made will determine what ending you have upon completion, so two playthroughs is probably on the cards here.

Much like the last game, your weapons vary between those of guns salvaged from the surface or those forged in the tunnels. You can choose between shotguns, machine guns, pistols and pneumatic weapons which have their benefits and drawbacks. For instance, pneumatic guns offer silent operation but need constant pumping to power them and the handmade guns are prone to jamming and inaccuracy. There are some new weapons on offer too such as the sniper rifle and the hunting rifle which are useful against the more powerful enemies out there. Your survival in the tunnels depends on weapon and inventory management and making sure you have the right equipment for the right situation. Having enough ammo, health packs and filters for your gas mask is vital and the availability of these depends on the difficulty mode you play. As with Metro 2033, military grade ammunition is the currency of the underground but it can also be used to fuel your compatible weapons, dealing more damage than dirty ammo.

With survival on the top of the agenda for Artyom, monitoring your vital stats and situation is much easier than before. Your watch shows you how much time is left on your equipped filter, whether or not you are bathed in light or not and displays the actual time if you aren’t wearing your gas mask. A friendly bleep tells you when to change filters and reminds you that your missions are to be completed quickly and efficiently as not to run out of clean air.

Whilst the game is high on detail, the graphics themselves are a bit hit and miss. Textures can jump in and out all of a sudden; whilst there are other games out there that look nicer than this, and being this far into the console cycle, you would probably expect a little more out of the system. There are also patches where the mutant AI will overwhelm you with sheer numbers and repeated hits rather than dominating you by circling or trapping you into a corner. It’s not a major issue, but it’s hard to break the cycle of incoming blows to defend yourself with your weaponry. For those coming directly from the first title, you will realise that Artyom (and the main characters) have undergone a bit of a transformation. Artyom has a new voice, whilst Khan has also changed in appearance and voice which isn’t a major problem, but having become attached to the Artyom of the previous game it feels a bit strange having him altered slightly.

Last Light is at its best when you have to navigate complex tunnel systems and find a way past enemies that block your path. There are open-air sections you have to traverse but these feel a bit bland in comparison at times and in this case, there is nothing wrong with seeing tunnel walls given the atmospheric nature of the game. Having your lighter in hand, burning through spider webs has never been so good, whilst having to manually wipe tunnel muck from you gas mask is a nice touch.

Candle In The Wind

From the improvements in the story, to blowing out lights to sneak past your enemies rather than blasting them in the face or racing across fragile icy swamps Metro: Last Light is a hoot to play. It’s not the prettiest game out there but whoever said it had to be? It’s games like this that firmly show that with the right mechanics, story and detail you don’t have to look triple-A to stand out in the crowd. Whether or not you played the first game, if you don’t play this one then you’re doing yourself a massive injustice because it’s terrific, chilling and endearing all the way to the conclusion.