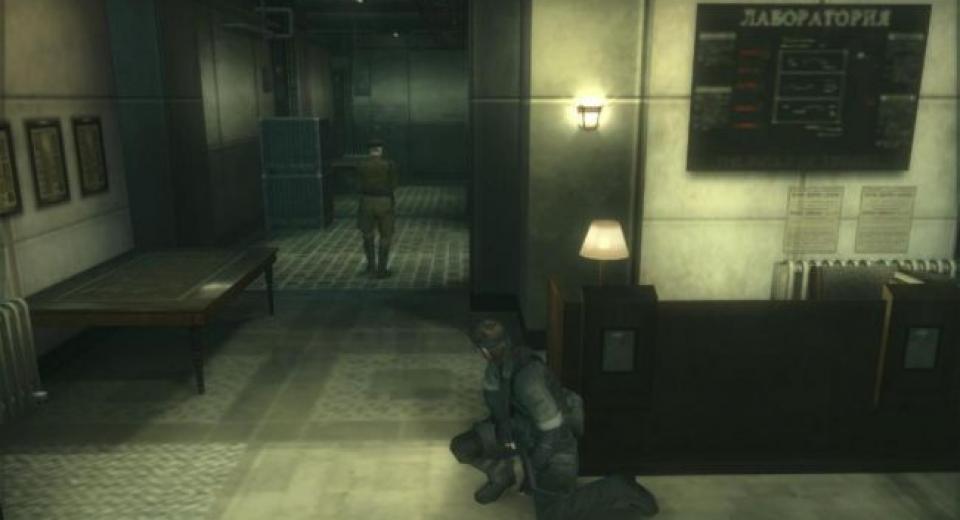 There seems to be a golden rule in the gaming world; anything that Kojima Productions touches turns to gold. Most famous for the multi-million-selling Metal Gear Solid franchise the developer is led by industry renowned Hideo Kojima. Their development history is as strong as it is expansive with titles released by them on nearly every platform that has come and gone in the past 10-15 years. Being under the umbrella of Konami, they have shared a prosperous partnership that seems to have done little wrong.

As seems to be the popular and trendy thing to do these days, Konami has pushed out an HD collection of three of Kojima’s best bits including MGS 2, 3 and Peacewalker. For any so-called ‘fan’ of the franchise, this title will have sent their happy hormone count through the roof, yet there is one glaring omission from the collection which is the original PlayStation One title; the first MGS. We’ll move on to the whys and wherefores of this later on but it is an issue, trust me. If I were to detail the story and background information of the series in this review, we’d be here all day and somewhere along the line we’d all get lost and give up and go home. Chances are the majority already know the antics of the series’ lead protagonist David AKA Solid Snake and fellow leads such as Naked Snake and if you don’t, well you soon will. Be it via the extensive story telling through the games or if you read one of the thousands of articles available on the internet, you’ll need to live and breathe MGS to truly appreciate the title.

But, for those who have managed to avoid the games, let’s get some things clear; this is a title of mixed genres. Boasting elements of stealth, action, gadgetry, take-downs and big boss fights and if that doesn’t make sense, then don’t worry because in theory it shouldn’t. One thing that the titles have always done well is blend aspects of gaming that usually don’t go together and in doing so, allow the gamer to play the games pretty much how the wish to.

Analysing this disc is unusual because many paths could be taken in order to come to a justified conclusion. Do you review the disc as a whole? Take each game individually? Or take the games for what they are as opposed to what they were? Whichever way is chosen it is clear that this package is value for money no matter how you look at it.

To kick things off, it’s a joy to be able to play these titles in HD and re-live some classic moments from PS2 and more recently PSP. This is more evident for those who pick up the package on the Xbox 360 as this will be, for some, their first taste of the Metal Gear series which links to my earlier point of negating the first game. Now any gamer who likes to call themselves a gamer (even someone as youthful as myself would you believe) will boldly say that they have played and more than likely completed the first Metal Gear. If so then my point won’t stick as much with you but it will still apply because the story behind the franchise is a little confusing at best. Be honest with yourselves; do you really remember the ins and outs of what’s going on in every game? Probably not. Which is why it would have been in the interest of those who have not played the games before to have the first title included in this package. It just seems like Konami have assumed too much about their target audience and even then, it looks like they have been a bit off with this judgement.

But after denouncing Konami and Kojima, there is a reason to celebrate with this package. Let us not forget that this is one of the most popular franchises out there, remade in HD which looks rather pleasant. Kojima produced games that pushed any console they were released on so the original graphics of each title weren’t too shabby to begin with. Because of this, the graphics haven’t changed too much upon re-release but what Kojima Productions have done is add more polish and detail to each game to ensure they shine on current generation consoles. The touching up job is more evident in its elaborate and extensive cut-scenes where characters and environments have been sharpened up and breathe fresh air into what is an old title. There is, however, an issue with the image on the screen at times when you enter darkened environments. Something that many games struggle with is balancing the lighting in areas where it is intentionally dark, which is what happens here. Whether intentionally done to add to the difficulty and suspense of sneaking round the place or not, it definitely does not help your cause and could make you adjust the brightness levels on your set. A ‘test the brightness’ screen would be useful here but you’ll have to judge the levels by yourself.

There are certain parts of the game which, to some, will appear out dated and possibly even wrong when compared to games they play now. For starters, MGS is not renowned for its fast pace and short, snappy attitude. Instead players are ‘treated’ to extended cutscenes, reams of dialogue and sections of gameplay where very little happens. Now for people who return to the series, this will not be an issue but you can’t help but feel that many may have grown out of these features. It’s just the nature of gaming today; many people don’t have time to sit around and watch/listen to it all anymore. It’s not an issue per se for fans of the series, as MGS 4 handled them very well, but some may fly through these sections and miss information.

Modern gamers will have become accustomed to similar patterns in the buttons and functions of their controllers. What MGS does, however, is take this familiarity and throw it all out of the window because it has a frustratingly unique layout. Again, this is probably more of a personal gripe and/or a sweeping statement but I’m sure people out there have been angered by the button mapping of these titles when playing through the re-mastered collection. For instance, the taking cover and shooting mechanic now feels a bit fiddly and Snake’s actual movements also feel a bit disjointed.

For the price you pay for this package, you can’t deny its value for money. Offering you three titles which can take a long time to wade through, with plenty of reasons to re-play, this could take a while for most to complete. Unfortunately though, the games do show their age in places which will undoubtedly put some people off completion or possibly even a purchase.

At a time when quality games are hard to come by, Konami release the perfect turn-to title in the form of an HD re-master of their old classic franchise; Metal Gear Solid. Offering up some of Snake’s best bits in HD format, every die-hard fan of the series will drool at the mouth just thinking about it, let alone actually playing the title. With a few niggles regarding the on-screen image and the controls, the package is far from perfect but it’s the closest that we’ll get.