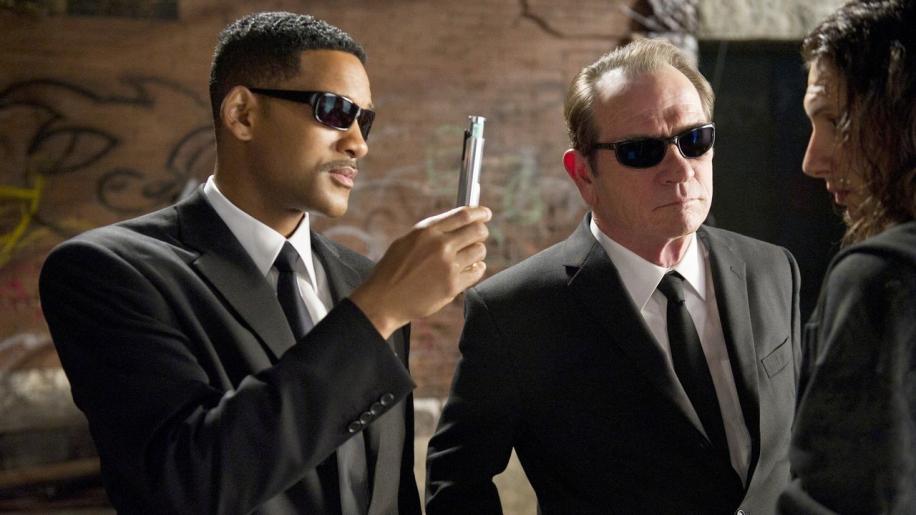 Columbia Tristar has generously provided consumers with 4:3 and anamorphic 1.85:1 versions of the same glorious transfer. It's so good, the only bugs you'll find in it are the ones in the film rather than MPEG problems. The special effects in particular really benefit from the pin-sharp image quality, with the CGI representation of Edgar in Chapter 26 looking particularly impressive.

A delightfully lively Dolby Digital 5.1 soundtrack. As you'd expect from a big-budget Hollywood blockbuster, there's plenty to get your speakers going. Check out the unleashed energy ball reverberating around the office in Chapter 9, or the shoot-out in Chapter 20, and then of course there's the downing of the spacecraft in Chapter 25. Oh yeah, the dialogue and music presentation isn't too bad either. Still, it's worth pointing out that the soundtrack presentation marks the only real difference between the Region 1 and Region 2 discs, as once again our American cousins get the choice of Dolby Digital 5.1 or DTS, while we have to make do with only the former.

This is one impressive package. The first disc in the set features the film and a commentary track featuring onscreen diagrams with Barry Sonnenfeld and Tommy Lee Jones, and a second commentary track featuring Sonnenfeld and some of the FX guys. However, the second disc is where most of the good stuff is hiding. Included here are multi-angle creature animation studies, a multi-angle deconstruction of the tunnel and Edgar Bug sequences, five deleted/alternate scenes, a workshop where you can edit three sequences from the film, galleries containing thousands of photographs and pieces of artwork, storyboard-to-screen comparisons, 6min featurette, 24min retrospective documentary, music video, four trailers (including a teaser for MIB:2), talent files, a Creatures: Concept to Completion gallery, DVD-ROM weblinks.
COLLECTION TIME
Also available from Columbia Tristar is a single-disc edition of the film, which still includes a variety of supplementary material, and retails for £19.99. As far as reviews for the film, picture and sound quality for the disc go, they are identical to that of the two-disc set. However, there are differences in terms of extra material, so here's the replacement section and final verdict for the MEN IN BLACK: COLLECTOR'S EDITION...
Extras: The disc includes the visual commentary with Barry Sonnenfeld & Tommy Lee Jones, creature animation studies, the tunnel scene deconstruction, five expanded and alternate scenes, a variety of art & photo galleries, storyboard-to-screen comparisons, a 6min featurette, a new 24min documentary, a Will Smith music video, four trailers, talent files, and weblinks.
Verdict: 8.