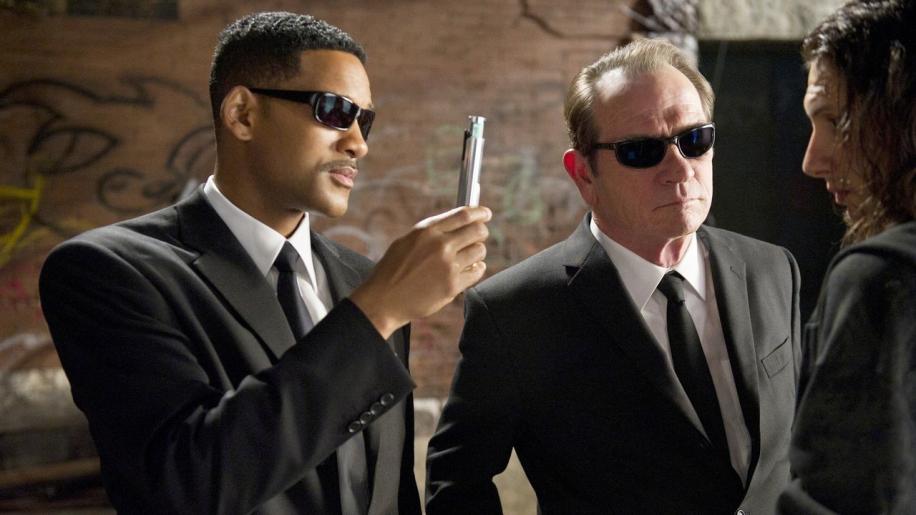 The story follows the exploits of agents Kay (Tommy Lee Jones) and Jay (Will Smith), members of a top secret Government agency established to monitor and police Alien activity on Earth. The two Men in Black find themselves in the middle of a deadly plot by an intergalactic terrorist (Vincent D'Onofrio), who has arrived on Earth to assassinate two ambassadors from opposing galaxies. In order to prevent worlds from colliding, the MIB must track down the terrorist and prevent the destruction of the Earth. It's just another typical day for the Men in Black.
Based on a comic book series of the same name, the big screen exploits are very funny and highly stylised with good interaction between humans and CGI alien characters. The film is aimed squarely at the family market and had a huge box office return, it is presented here as a Superbit release.