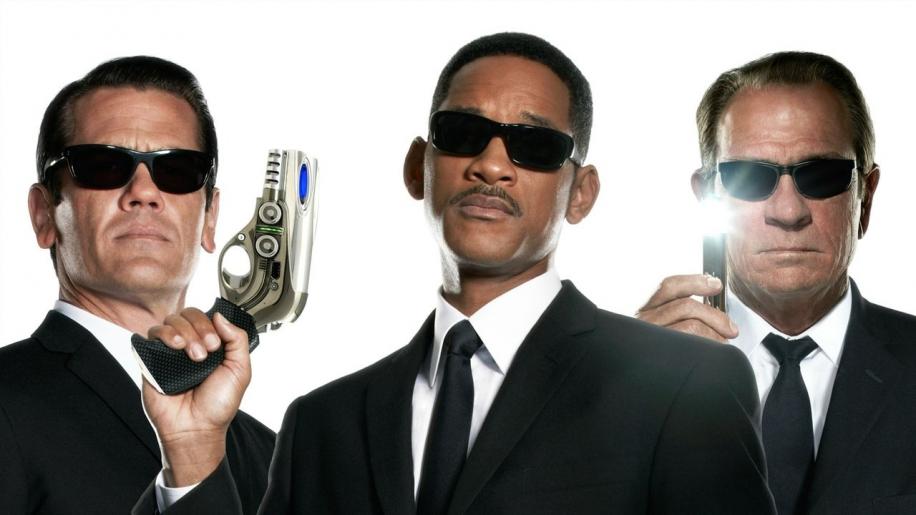 Ten years on from the last sequel, the Men in Black franchise returns to our screens. It’s been a long wait but has it been worth it? I will give it a reserved yes. Why the reservations? Well, it’s not a bad film, but I have been sent the 3D version and to be frank, there are better 3D movies out there.

Before we get too wrapped up in the technical shortcomings, let’s have a look at the franchise and the storyline first. Men in Black is based upon Lowell Cunningham’s comic book series of the same name. This has always led to a slightly cartoonesque feel to the films with the characters larger than life and very much in the foreground in every scene. The first movie was an excellent introduction to the series, with strong characters, a fun set up and good balance between comedy and mildly scary. The first sequel made the aliens more central to the plot, as well as adding in yet more humour and in the light of this new release, feels like the weakest of the three.

So with Tommy Lee Jones now in possession of his free bus pass and even Will Smith not quite so much Fresh Prince as middle aged showbiz dad, the possibilities for a full on action movie with just the two of them may have been a little limited. The writers therefore opted to send Smith (Agent J) back to the past and to meet up with Agent K in his younger years. The roll of K is shared between Jones and Josh Brolin. At 44, you do get the feeling that Brolin is a little old for the role of “young” K and this is even referenced in the film when J asks him how old he is and when K replies “29” he suggests he “Has a lot of city miles on him” Nevertheless, he is very convincing as young K, having captured many of the mannerisms and body language from his older self.

Returning to the plot, we start off with a naughty alien, this time the last of a race of rogue beings intent on total destruction of every planet they come across. Captured by K in 1969 and imprisoned on the moon, Boris the Animal “It’s just Boris” (Jemaine Clement) and his symbiotic dart shooting crab weasel have only three things on their minds – escape, kill K and annihilate the human race. With the help of trampy girlfriend Nicole Scherzinger, Boris escapes and returns to earth. Agents J & K stumble across him while investigating dodgy food at the local Chinese restaurant but it becomes clear that Boris is less bothered about killing K in the present and makes his escape to the past with the aid of an illegal time machine. Not only must he dispose of K for his own satisfaction, but he must do so before the agent can deploy the “Arknet” – a shield that will protect earth from his fellow invaders. For some reason, K is reluctant to give J all the facts of the case and becomes even more introverted than normal. With history re-written, K disappears from the current timeline and suddenly the only person that can remember him is J. With the aid of the new boss of MiB Agent O (Emma Thompson), J learns a little about the Boris case and pieces enough together to head back in time to try to save both K and the planet.

There are a couple of notable characters missing from this outing, but both are referenced in the movie. Agent Z – the cranky boss of MiB has passed on and receives a eulogy from K as well as a tribute from Agent O. Who could have thought that such noises could pass Emma Thompson’s lips! Frank the talking Pug is also missing, but a picture of him is prominently displayed in J’s apartment and he also appears on a bill board in the Coney Island fun fair scenes a little later in the movie. Up until now, the film has been pretty standard MiB fare. Will Smith is quick witted and mouthy, Tommy Lee Jones is acerbic and possibly even more grumpy than usual – although this is at least partially explained, and the array of aliens are as stereotypically comic book as ever.

J now needs to make the jump back in time by quite literally jumping off a very tall building. This is one of the very few interactions between none MiB humans in the film, as J first needs to acquire the time device from the geeky, inept guardian. The animation as J hurtles through time towards the ground is extremely well done and is one of the limited number of “wow” 3D moments. Now in 1969, J must adjust to a world less tolerant of blacks, but stealing a flash car is probably not the best way of debasing the stereotype! The irony is not lost however and it remains a good comedic moment. Hot on the tail of Boris, J bumps into “young” K at Coney Island and after almost being neuralised by him, starts to gain his trust and together they start to piece together a plan. The scenes around Coney Island look fantastic with bright colours, plenty of 60’s fashions and a real sense of carnival spirit. These scenes might just remain as a legacy to the area, as it has been quite severely trashed by Tropical Storm Sandy and much of the iconic area shown in the film badly damaged.

Back on the trail, Agents J & K visit a “happening” being thrown by Andy Warhol. Who would have thought that all models were aliens! Agent “W” has information that sets J and K back on track and they meet Griffin – the only survivor of another planet overrun by Boris and his mates who holds the key to Earth’s survival. Griffin is a fifth dimensional being who lives outside of human understanding of temporal mechanics and can see every possibility played out from every decision. It is just a shame he cannot clearly see the future, as before he can pass on the vital package and final instructions he is abducted by Boris and a chase ensues. With slightly less sophisticated equipment at his disposal than perhaps he is used to, J struggles with a Mono Bike, huge jet packs and K’s neuraliser, complete with battery pack and 56K modem sounds!

The action now switches to Cape Canaveral and the launch of the first moon rocket. K must save the day and of course there are now two Boris’s out to stop him. We get treated to a full on battle between the four of them on the launch tower of the rocket itself. We know it is all green screened, but it’s all jolly good fun and quite exciting with a certain level of intensity and rising drama as the launch time approaches. The outcome is of course totally predictable, but there is a nice twist in the tail that is quite unexpected and helps to explain some of the relationship between J and K. Back to the future and normality is restored, all ready for the fourth film.

There are a couple of pretty major plot points that are not resolved and both centre around K’s relationships. The first involves J and is sort of explained but the second one which concerns Agent O is not. Where has the love of his life from the first film gone? To find out at least one of these answers you need to watch the gag reel for a peek at a cut scene that helps a little. It is probably best to treat this as set in a near universe rather than as a direct sequel. Some may be disappointed that a number of key characters and indeed interactions and back stories from the earlier movies have been quite heavily trampled upon. It is almost as if the current writers did not really watch the first movie in that much detail and have just approximated the details. Many film series share these issues though. Check out the 2001 trilogy and even the original novels, as even Arthur C Clarke was not immune to changing a few details as the series progressed.

So what we have is a good addition to the series and although maybe not up to the standard of the first film, still worth a look. The score is powerful and reminiscent of the rest of the series, the pace fairly unrelenting without getting tiring and the storyline actually pretty strong. This film did well at the box office, but mainly as a 2D release. Having watched in both 2D and 3D, it is worth the extra for the 3D as the film does benefit from it with plenty of pop out effects to make you jump a little bit, but it is not the best conversion out there. A shame that director Barry Sonnenfeld did not stick to his original plan and shoot in native 3D as this would have really improved things on this front. The storyline and generally strong performances from the cast still make this a good fun family film for a damp Sunday afternoon, despite the de-moleculurisation of countless aliens and occasional bad language. You really need to have seen the first one to make sense of a few of the plot lines, but don’t let this put you off. Pure escapism is what this film is all about and it delivers this very well.