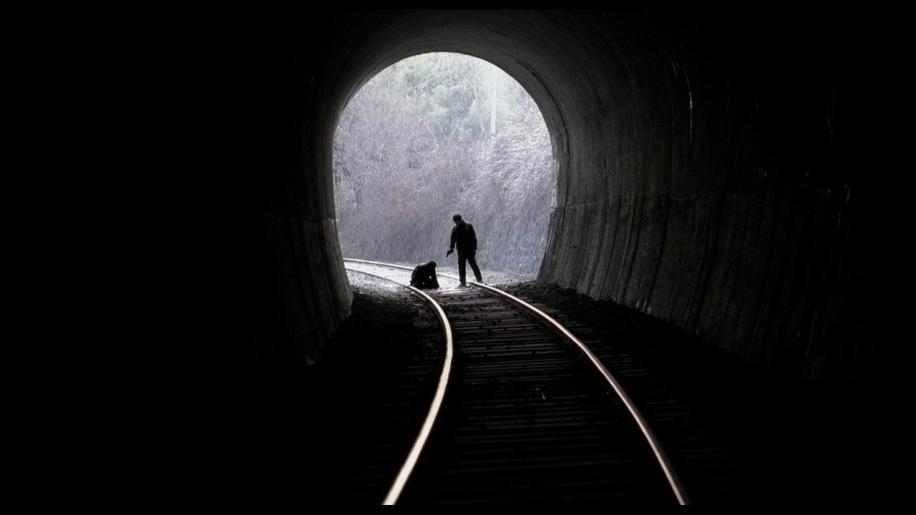 Based on real life events Memories of Murder tells the story of the brutal rape and murder of young women in 1986 in the Gyunggi Province of Korea, and in particular a small provincial farming community. We join Investigator Park as he tries, in vain, to protect the crime scene of the second victim from being ruined by hordes of reporters and onlookers who trample all over the evidence. Arriving back at the station Park is confronted by the Chief of Police. He has called in Inspector Loh from the city to assist Park in the investigation, after all, they are now dealing with a serial killer, and Park has no experience in such cases. Determined to solve the case before Loh can, Park and his thuggish partner, acting on a piece of idle gossip, arrest a local retarded boy disfigured by facial burns sustained in a suspicious accidental fire. Park employs his usual tactic of holding a suspect without counsel, in the police basement, deprived of sleep, and beaten until they confess. This works wonders until at a big press conference where the arrested murderer is paraded joyfully by Park and the Chief, the accused recants his confession...and another body is found. Park is then forced to work with Loh, a more thoughtful, methodical man who believes that the details, and the paperwork will catch the killer.

Memories of Murder is a haunting and disturbing cop drama which, on the surface, appears to be another reluctant buddy movie. But to dismiss it as such is a mistake. Director Bong Joon-Ho has produced a thoughtful and evocative film that languishes indulgently to slowly build tension. Focussing on the human side of the story we follow the investigation from the point of view of the two police inspectors as they utilise their particular talents to track down the murderer. Bong Joon-Ho is not afraid to point accusing fingers at the bungling authorities and their incompetent techniques. The palpable terror building in a community unfamiliar with the typically Western concept of a serial killer is layered expertly. Pitch-black humour, usually from Investigator Park, will have you chuckling. The scenes when he is checking out the naked men at all the local saunas is particularly funny - this on the basis that as no pubic hair was found at the scene the killer must be shaved down below. He even suggests to his Chief that he pulls in a few of the local monks to give them a work over in the basement.

The acting of the two leads is excellent. Despite finding the techniques employed by Park reprehensible, we still feel his anguish and frustration as he struggles out of his depth, with a clever and elusive killer. The insight into Korean culture and lifestyle circa 1986 is also fascinating for a western viewer. Directing style is kept fairly simple and linear, but this allows the viewer to focus solely on the story. This is an extremely enjoyable movie, and I encourage you to give it a go. I don't think you will be disappointed.