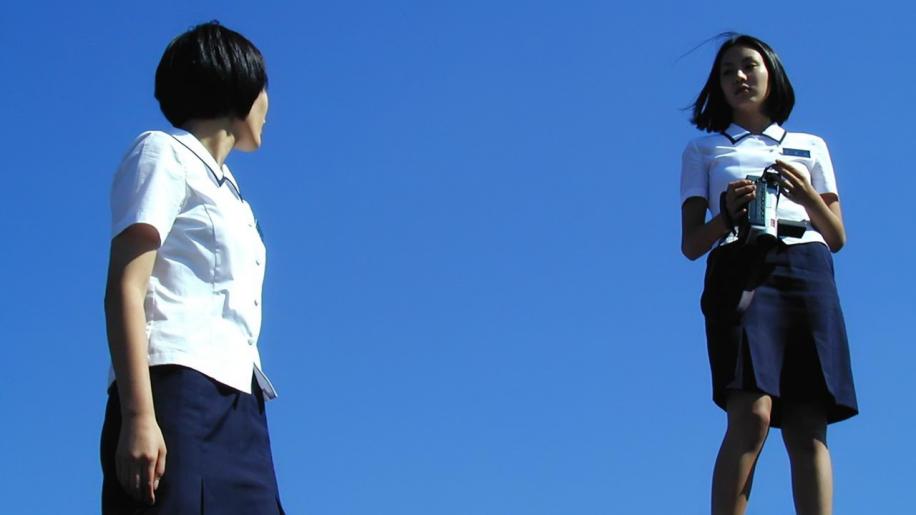 Memento Mori is presented in a solid 1.85:1 aspect ratio anamorphically enhanced widescreen picture, with decent detail throughout, no softness or clarity issues and only a minimal amount of noticeable edge enhancement. There is no apparent grain and the print itself exhibits no sign of print damage. The colour scheme is reasonably broad but somewhat restricted by the school setting (other than when they briefly venture out to the zoo or the like) but the colours are all well represented, not least the skin tones. Blacks are solid throughout and overall it is an above-average presentation. Memento Mori has three main soundtrack options, all in the original Korean language. The DTS track is marginally superior to the Dolby Digital 5.1 mix, but they largely do the same things, with clear dialogue from the frontal array, a smattering of screams and effects noises offering up some directionality from the whole set-up and an eerie score that broods all around you. The tracks are both slightly frontally orientated, but nevertheless present the main feature reasonably well (if unexceptionally) given its content. The third option is the significantly inferior Dolby Digital 2.0 mix that compresses everything into the frontal speakers. First up there is a Behind the Scenes Featurette that runs at twenty-five minutes in length but is amply padded out by clips from the final film itself. There is lots of background footage, mostly set to well-chosen tracks (including one recognisable from the Matrix), but also including significant interview footage with the main cast and crew contributors. We get to see alternate angles of the shots, some of the original storyboards and basically footage of the movie being filmed. For those who enjoyed the main movie, this is a valuable addition to the proceedings.

The Music Video is a little over four minutes in length and is mainly shot to footage from the movie. Entirely orchestral, it is more like a silent trailer than a music video, but is still a welcome addition.

The Original Trailer is two-and-a-half minutes in length and pitches the movie as much darker and more sexy than it is in reality, so don't let it mislead you. WE also get a Tartan Extreme Trailer Reel, which includes trailers for One Night in Mongkok, Another Public Enemy, Whispering Corridors, R-Point and Vital. Memento Mori (which means 'remember the dead') is a tale of forbidden love and obsession that expectedly ends in death. Supposedly a controversial exploration of lesbian love between two Korean schoolgirls, it is actually a little on the dull side, poorly paced and badly structured. The video and audio are decent presentations and there are a couple of nice extras included in the package but the film definitely deserves a rental first to decide whether or not you like it enough to buy.