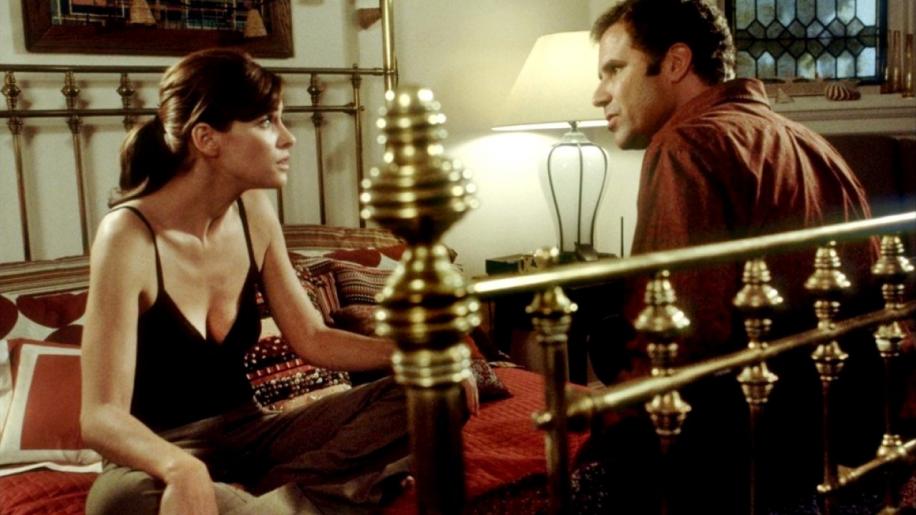 ”Of course we communicate! Now can we not talk about it?!!”

Melinda and Melinda is the latest in a long line of intimate character studies from the master of neurosis himself, Woody Allen. It is a gentle little movie that is told out as a narrative between a group of friends having dinner together. The friends are debating their interpretation of a story - one finding it tragic, the other arguing that the same story possesses all the ingredients of a classic comedy. I got the distinct feeling that this discussion was one that Mr.Allen probably had over a few glasses of wine himself on many occasions.

So, the main bulk of the film is split into two intertwining portrayals of the same set of events, with the same central character Melinda (the beautiful Radha Mitchell) being present in both strands, but playing her character accordingly depending on whether it was the tragic or comedic version of events. The support cast are played by two sets of actors in each story - in one we have Chloe Sevigny and Johnny Lee Miller and in the other, Amanda Peet and Will Ferrell.

As the movie unfolds and becomes more intertwined we see the characters develop and change with plenty of twists and turns along the way. Woody Allen has obviously put so much of himself into the writing of this movie but unlike many of his films, he himself does not make an appearance - although I found Will Ferrell played his role with the spirit of Allen, even down to his stilted way of speaking. Although there were many characters in this movie, for me Ferrell stole the show, even taking some of the limelight from the titular Melinda.

I enjoyed this movie, although when watching it, I wouldn't call it a cinematic experience - to me it felt more like a stage play which happened to be on film. Most of the story involves characters having conversations in fixed locations and its presentation had a strangely dated feel to it. I've read elsewhere that some Allen fans don't particularly like this movie but conversely, I've not been a big Allen fan in the past, but found this to be fun and at the end, quite uplifting. To me, it felt like Love Actually, but on a smaller scale.

I would class this as a romantic comedy and there are some funny moments - usually from Ferrell and mainly in the quick fire, deadpan delivery that reminded me so much of Mr.Allen himself. It is not a film to have you crying with laughter, or emotion for that matter, but as a piece of light-hearted, middle of the road fun it is recommended.