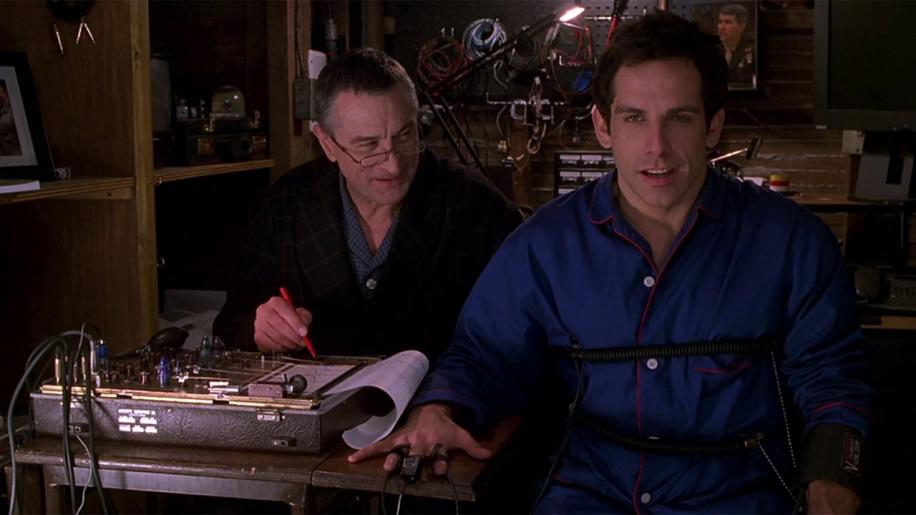 Meet The Parents had its theatrical release in 2000 and its DVD release 6 months later so you may be wondering if we are particularly tardy in doing our reviews, or if the current release schedule is so poor that we are looking at back catalogue titles to fill the pages of our review site. Well neither thankfully, the reason for the review is the new Bonus Edition released to coincide with the theatrical release of the sequel Meet The Fockers. So the questions we need to answer are “Was the movie so good it deserves a re-release?”, and if so “Does the re-release deserve your hard earned being spent?”. In two words yes and no. Let me elucidate.

Meet The Parents was made in 2000 for about $55M, and grossed nearly $200M, so if box office is the arbiter of what is a good movie we have a hit. As mentioned earlier a sequel is in cinemas very soon so the studios thought it was good enough to spend more money on, so if studio execs are the arbiters of a good movie we have a hit. We all know however that the only true arbiter of good taste is the movie critic, so I am here to tell you that on this count, at least in this critic's opinion, we do indeed have a hit.

Meet The Parents stars current comedic flavour of the year Ben Stiller with his favourite buddy Owen Wilson and the rib-tickling talent that is Robert De Niro, but don't let that put you off. The film is directed with great assurance and skill by Jay Roach, who honed his comedic funny bones on the Austin Powers franchise, and is currently in post production on the much vaunted movie version of Hitchhikers Guide to the Galaxy, lets hope he doesn't drop the ball with that one. The story deals with Gaylord “Greg” Focker's (Stiller) desire to impress Jack Byrnes (De Niro) the father of his girlfriend Pam (Teri Polo). The comedy is of the outrageously embarrassed kind as provided by the Ricky Gervais hit, The Office, and it manages to match this pinnacle of TV comedy in every cringe worthy scenario as they are piled on top of each other. This is almost totally due Stiller's hapless charm as he makes one bad decision after another. The set-ups are signposted a mile off, but the pay-offs are so superbly crafted that this hardly seems to matter. Also key in the success is De Niro who is not renowned for his successful choices in his comedic roles in the last few years, well, ever really, but he really hits the mark. Why, because here he plays the more familiar role of the protagonist, an ex CIA agent who feels no man can ever be good enough for his daughter. As the straight man he has to scowl, sneer and snarl, all of which he does with aplomb, setting up Stiller's uncomfortable procrastinations and spectacular falls from grace like an old hand. De Niro is like Ernie Wise, with Eric Morecambe he was hilarious, but on his own he is as funny as a kick to the groin. The supporting cast do what they are paid to do, support, and are largely redundant although perfectly competent. Having not watched the movie for some 3 years I happily chuckled my way through it all over again, as I am sure you will too.