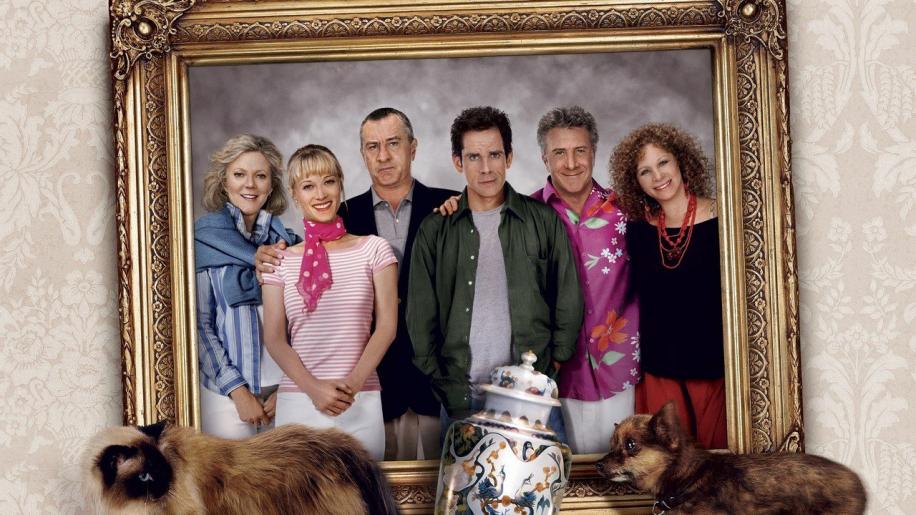 Picture is a top quality transfer with sharp images and no perceptible encoding deficiencies. Colours are rich and warm which look particularly good in the scenes at the Fockers household. Even with the lower resolution of the American NTSC format against the UK PAL format there are no distinct scenes that offer any evidence that the UK disc would be a better option. This is a clean, crisp, and detailed picture and only those of you out there who have indulged in a large display will have any reason to dispute this. Sound is certainly adequate for this movie and vocals and sound effects were delivered with clarity. The Dolby Digital 5.1 Surround does its best to immerse you in the action and does so admirably, as this picture does not demand the bells and whistles of a Spielberg action movie. You probably won't be rushing out to buy the soundtrack though as there wasn't anything of interest that stood out musically. Still, for a comedy picture I wouldn't have expected anything more so this movie will give your subwoofer and probably your neighbour's ears a nice rest! This disc is packed full of extras! Fockers' Family Portrait gives an inside look at the Fockers' funny family dynamics and contains interviews with all the main cast members. Inside the Litterbox is a short documentary from the perspective of Jinx the cat. Although filmed as a spoof it isn't particularly that interesting or entertaining but is still a nice filler and worth a one-off watch. The Manary Gland is a behind-the-scenes with the prop master who developed the prop that Robert De Niro so deftly performed with. The Adventures of a Baby Wrangler is another short detailing the trials of working with children on the set. The usual commentary is here also with the director and editor. Then there is also a myriad of deleted scenes and bloopers.

Also included as an extra is the choice of watching the movie with the extra scenes inserted back into the movie. I chose this option to watch the movie and was quite impressed with this feature and hope more distributors adopt this method. Just before an extra scene appeared in the film a symbol would pop up in the lower left-hand corner of the screen to pre-empt the viewer that this was about to happen.

A good set of extras but I would have liked to see a dedicated Behind-The-Scenes documentary with the director as opposed to the other shorts. This is only a minor bugbear and of course is only reflective of the extras that I prefer. A nicely put together disc with a great transfer both audibly and visually. Extras are aplenty; sadly lacking in a more detailed Behind-The-Scenes feature for me but that aside no complaints. It's great to see Robert De Niro reprising his comedy role and the additions of Dustin Hoffman and Barbra Streisand are two ideal castings. I'm a little biased as I was a big fan of the first film and lean fairly heavily towards any of Ben Stiller's movies, (although his two recent efforts 'Our House' and 'Envy' were not films I'd add to my collection).

If you enjoyed the first one then you can't possibly not see this one! It's a must! Just don't expect to be rolling around the floor as much as you did with the first one! It's good! It's funny! But you'll still be slipping your Meet The Parents disc into you DVD player more often!