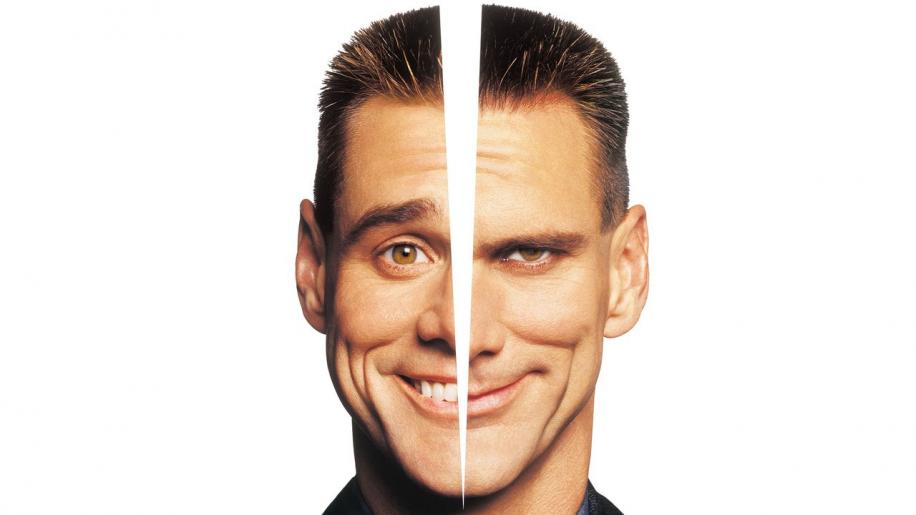 The Farrelly Brothers' movies are certainly an acquired taste, perhaps the Marmite of comedies. The wildly imaginative duo kicked off a new era of gross-out comedy spectacles with their nineties hits Dumb and Dumber and There's Something About Mary. And even if their other endeavours did not prove quite as popular, they all followed the same wacky off-beat train of random thought, from the Jack Black vehicle Shallow Hal to Stuck on You. They worked with Ben Stiller twice, on 'Mary' and on their latest vehicle, the disjointed Heartbreak Kid, but they also did two movies with Jim Carrey - the more popular Dumb and Dumber, and this movie: Me, Myself and Irene.

This is the story of Charlie Baileygates, a decent, upstanding state trooper. With a fairly simple life and good nature, people often walk all over him, and he's just too nice to do anything about it. But after his wife runs off with a midget limo driver and leaves him to bring up two kids that are patently not his own, his whole life changes. Still, he bottles all of his rage up, spending the best part of the next decade being his usual good-but-doormat self, until one day he cracks. Splitting off into two personalities, Charlie is still nice and innocent and mistreated, but his evil twin Hank is the complete opposite. Hank is the guy who starts fights for no reason, seduces women and doesn't take any nonsense off anybody.

Hank's birth comes as something of a surprise to those who knew Charlie as the kind of do-good cop who could be used and abused, and before long his State Trooper superiors decide it would be better if he took a 'break', sending him on a routine escort mission to transport an alleged fugitive from Rhode Island to Upstate New York. Of course, there is nothing routine about this road trip, and pretty soon Hank is getting Charlie and his cargo, the feisty Irene, into all manner of trouble, involving corrupt cops and mafia hitmen, as well as sex toys and chin surgery. Will Charlie be able to woo Irene in spite of his mischievous alter-ego, and will Hank be able to keep them both alive throughout it all?

Me, Myself and Irene is typical Farrelly Brothers insanity, combining sporadic moments of extreme gross-out comedy with a random, unpredictable rollercoaster of a story. It has some tremendous laugh-out-loud moments and great characters which allow many of the familiar faces on board to show off some of their best moves. Leader of the pack is Jim Carrey, the man behind The Mask and the Ace Venture movies. At least, that's probably what he'll be remembered for. He also starred in the moving Eternal Sunshine of the Spotless Mind, as well as the dark, underrated Number 23, both serious, dramatic vehicles offering a totally different side to this typecast wacky comedian. But in terms of his comedy work, one of my favourite movies of his has to be Me, Myself and Irene. His split-personality character enables him to 'play it straight' for the most part as Charlie, allowing him to be the butt of all jokes, but also injecting moments of his classic trademark Carrey-isms into his wilder self, Hank. This also means that the viewer gets the opportunity to feel some sympathy for Carrey's character (a reasonably rare trait) and not get bored by an over-saturation of his distinctive mannerisms. It's not all that different in concept to The Mask, but the sombre, darkly comic nature allows for much better characterisation.

Bridget Jones herself - Renee Zellweger - teams up with Carrey as the fugitive, Irene. A talented actress - Cold Mountain is a testament to that - she seldom picks characters that show off her abilities, and whilst her role here is by no means a stretch of her acting skills, it is certainly very different from the rest. With heavyweights Chris 'Lone Star' Cooper and Robert 'Jackie Brown' Forster trying to keep straight faces as corrupt and clean-cut cops, respectively, as well as a great cameo for loudmouth Anthony 'Barbershop' Anderson as one of Charlie's grown-up 'step'-kids, it's certainly an eclectic cast.

Me, Myself and Irene is clearly not to everyone's tastes, ratings and critical reviews are evidence of that fact, and its limited appeal makes it one of the less successful Farrelly works, but I happen to really like it. I found Stuck on You and even Something About Mary to be a little too much at times, where Irene seldom feels like it crosses that line. Charlie's hapless, unenviable existence is perfectly married up with his inept but take-no-prisoners alter-ego Hank, and the central concept of a split-personality is perhaps not as invasive as some of the central themes in the likes of Stuck on You, or even Shallow Hal (which has quite a disturbing message, when you think about it). As I've stated, it also features one of the better comic performances from Jim Carrey, whom I generally find quite grating after watching him on full tilt for an hour-and-a-half, but who is actually quite endearing here. I'm sure there plenty will disagree but Me, Myself and Irene gets my vote.