Only death will cure YA franchise fatigue 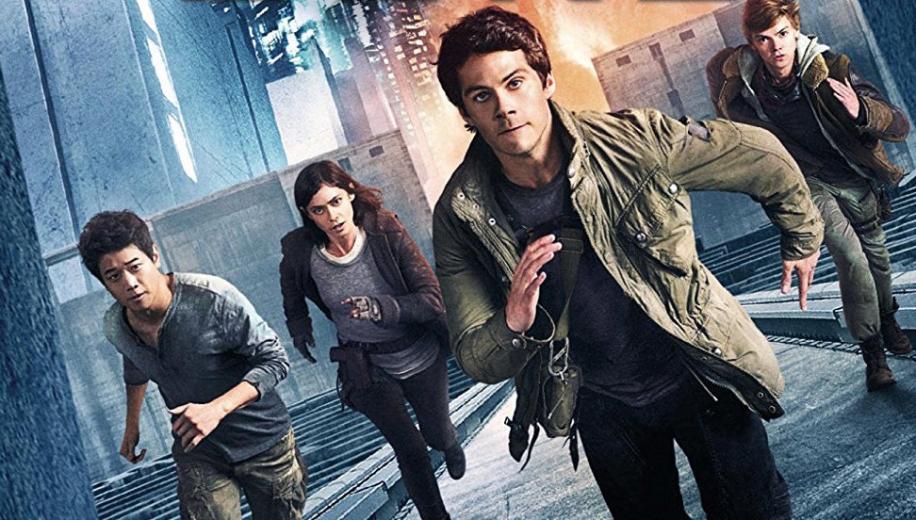 Years too late, after the YA bubble burst and franchise fatigue set in, the conclusion of the initially promising Maze Runner trilogy finally arrives.

It's interesting that, having recently revisited The Matrix, there's an element of disservice that disappointing sequels often do to the original film, particularly if supposedly forming a cohesive 'trilogy' which is designed to override the standalone narrative of the first chapter and thus normally ends up diluting its impact.

By late 2014 The Maze Runner was already entering a race that had long begun, falling behind the Hunger Games series (which was already two great movies in with the third - the disappointing Mockingjay Part 1 - released a month after) and even behind the first movie in the increasingly bad and ultimately abortive Divergent franchise, but somehow it still proved a surprisingly original entry that stood apart within the burgeoning sub-genre.

It was all for nought though, as the sequel, The Scorch Trials amounted to simply nothing we hadn't seen before in any of the other series', matching in terms of plot contrivances, character designs, and the similar middle-segment curse of drawing painfully slowly towards the inevitable "taking down the tyrannical oppressors" revolt which further burdens this bloated third part.


It closes the chapter on any chance of revisiting the first film without having to think about the 5 hours of second and third film you'd have to endure to get closure.

The Death Cure gets off to a strong kick-start, but soon sinks into oblivion, subsisting on little more than brief intermittent action beats, and monumental expository tedium as it tells a rote 'story' that appears to be pieced together from moments from those other YA franchises which, themselves, borrowed gleefully from far better sci-fi franchises across the years.

Delayed a year due to a serious accident involving the star (Dylan O'Brien, who may have found a more promising franchise in American Assassin), the three year break between the second and third parts is the nail in the coffin, with The Death Cure a painful ride even for those who have seen the first two.

Sure, the solution would probably be to watch them again, but few who endured The Scorch Trials are itching to go back there, which brings us full circle back to the fact that, ultimately, these two sequels do nothing but devalue the original Maze Runner, which would have survived better as an interesting and unusual addition to the YA genre had they not ended it so blatantly as 'Part 1' in a trilogy.

The Death Cure does provide some action hokum - the best looking of the series thanks to a healthy budget and some spectacular stunts - and even a little zombie tension (although this smacks of throw-everything-into-the-pot-and-hope-for-the-best desperation, a la Mockingjay - Part 2). It does also offer some closure. After two hours of filler in its over-indulgent 2.5 hour runtime, it finally offers a story climax and a hint of Hunger Games-esque emotional closure. But it's a tiresome slog to get there.

Ultimately, it's worst fault is that it closes the chapter on any chance of revisiting the promising first film without having to think about the 5 hours of second and third film you'd have to endure to get some semblance of closure again. Which is a real shame.

Although shot digitally at higher resolutions, this appears not to be a full-fat native 4K presentation, due partly to 2K VFX but more fatally from a supposed 2K Digital Intermediate, although the end result is often so spectacular that you really can't tell the difference, delivering one of the more visually impressive 2K upscales (c.f. John Wick Chapter 2 4K Ultra HD Blu-ray) to land on the format, certainly capable of holding its own against its still-minority native 4K counterparts.


Certainly capable of holding its own against its still-minority native 4K counterparts.

The opening sequence looks like it boasts a budget bigger than the entire first movie, and delivers a fabulously rich image where characters, vehicles, CG effects and broad desert landscape backdrops are blended almost inseparably, affording a look at a dystopian wasteland that is stunning in its intricacy. The broken down cars, ravaged cities, and 'Last City' future-fortress are all superbly rendered, whilst close-ups bring in fabulous nuances that further convince of the setting, from the rusted armour plating on the cars, to the ravaged docks and the wartorn outskirts of the city.

Skin detail is suitably impressive too, and the 4K presentation clearly improves upon the already reference 1080p Blu-ray counterpart, delivering more than what is commonly seen as an notional uptick, and fine-tuning the clarity and precision across the movie.

The colour scheme benefits from the highlights and peak enhancements of HDR and WCG, affording the image brighter brights and inky depths with heightened shadow detail, whilst individual tones pop with richness that brings them to lifelike like. From the bright blue sky to the cold lab blues, the golden desert sand to the grey rubbled city, with plenty of vibrant sparks of lush green foliage along the way, it's a gorgeous palette.

Whether or not this is a semi-skimmed upscale, few will complain about the evident upgrade on this 4K disc, which is demo and reference through and through.

Right from the action-packed prologue, which delivers a bombastic train 'heist' setpiece which feels a little bit like a Fast and Furious scene set in a dystopian future, the track grabs you, shaking up your living room as a salvo of rockets perforate the landscape, and thrumming with rotor blade intensity as hoverships rumble overhead.


More than enough to keep you aurally engaged.

Dialogue feels like it's the least important element, exposition notwithstanding, but maintains priority where necessary, retaining presence across the frontal array, whilst an energetic score keeps pace (and sometimes even out-paces) the action with its generic inanity, leaving the surrounds barely a moment to breathe and even engaging the LFE channel.

It's ultimately all about the effects though, as the string of action setpieces delivers the thunder repeatedly across the duration, whether the claustrophobic zombie tunnel or the crowd dispersal tactics that decimate the already ruined parts around the Last City, or the final act which sees explosions aplenty and full-scale riots. Despite the indulgent runtime, there's more than enough to keep you aurally engaged, and it's demo and reference through and through.

As is Standard Operating Practice, Maze Runner: The Death Cure's 4K release actually doesn't bother to port anything over to the 4K Ultra HD Blu-ray disc itself beyond the headlining Audio Commentary, leaving access to the remaining extras capable only through swapping discs.

The Blu-ray affords a few more supplements, including a 4-part, 20 minute Making-of, Unlocking the Cure, and a brief 5 minute look behind the stunts in the opening scene, Going Out on Top. There are also two more substantial quarter-hour Visual Effects Featurettes, as well as half an hour of part-finished Deleted and Extended Scenes, an 11 minute Gag Reel, a Gallery and some Trailers. It's a healthy package. Maze Runner: The Death Cure's 4K Ultra HD Blu-ray release sports excellent reference video and audio, as well as a strong enough selection of extra features, making a great package for fans to pick up and complete their trilogy collection with.

The film itself can't cure franchise and sub-genre fatigue though, and remains more of a rental, or Netflix job, for those who want to find out how the story wrapped up. It's a far cry from the intriguing Cube-like original, now in utterly generic Young Adult dystopia Hunger Games / Divergence sequels territory as most who saw the second part probably guessed was the only way the series was likely to go.