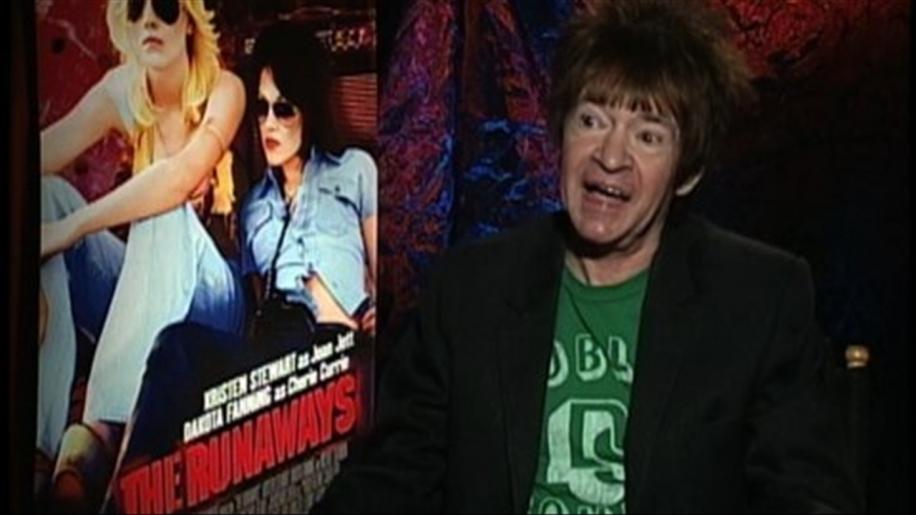 Who on Earth is Rodney Bingenheimer? Moreover, where is Sunset Strip and does it have a Mayor? These are the kinds of questions that I asked myself, semi-sarcastically, when reviewing this documentary. I guess that the title is supposed to be allusive like 'The Prince of Bel Air,' but it still means nothing to me. So where do I begin?

Rodney Bingenheimer was practically born loving Rock and Roll. Dumped on a celebrity's doorstep on Sunset Strip (which I found out was on Sunset Boulevard) when he was just a teenager, he went on to live with Sonny and Cher for a while, distancing himself from his estranged family and fully immersing himself in his passion for Rock and Roll. Working as a double for one of the Monkees he became more famous in the sixties for his ability to befriend the big stars. He went on to open a nightclub where his celebrity friends performed and eventually host a radio show on KRQQ. It was on this show where he introduced the likes of Blondie, The Sex Pistols and even Coldplay to the America for the first time.

George Hickenlooper - who gave us the very revealing Hearts of Darkness documentary on Apocalypse Now - has created quite a quirky little documentary here. Splicing interview footage with Rodney, footage of him chatting with the stars and endless clips of him wandering past big names backstage, he forms a strange portrait of a celebrity-obsessed man who never really fully made it himself. We see him with the likes of Gwen Stefani, Keanu Reeves, Oasis, Neil Young, Blondie, The Ramones, The Sex Pistols, Courtney Love, Drew Barrymore, Kim Basinger & Alec Baldwin, David Bowie, Madonna, Elvis, Sarah Michelle Gellar and Neve Campbell. Unfortunately even with all these big names to brush shoulders with, you cannot help but recall the fact that earlier in the show he was praised for being 'accepted' by a whole bunch of people - i.e. not really friends with any them, just a hanger-on.

I understand that perhaps Hickenlooper wanted to paint not only a picture of this man and his world, but also examine the culture of groupies and celebrity worshippers, but the end result was just not that interesting. It is one degree of separation too far, like watching a documentary about a guy who makes great documentaries - it is one step beyond. If you want to watch a decent movie on a similar topic, pick up Almost Famous, but this one's for Rodney Bingenheimer groupies only.