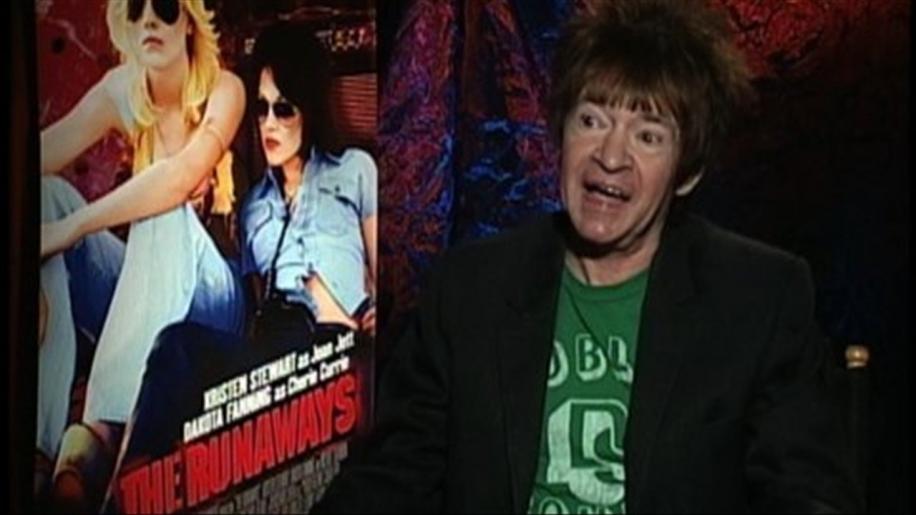 The Mayor of Sunset Strip is presented in a below-average 1.85:1 aspect ratio anamorphically enhanced widescreen transfer, although you do have to appreciate the content as being consistently poor in quality. Old newsreel footage, grain concert footage and archive material - since the documentary covers the 60s, 70s and 80s, it is only expected that the picture would look pretty poor. The detail is largely lacking, with heavy grain running almost throughout, some extremely soft and out of focus shots, edge enhancement, glitches - the works. I can understand why it is in such poor shape but there is very little positive to say about this transfer. It is strange to see a documentary like this get such decent treatment because - in a similar way to the transfer - you might expect that the material simply would not live up to the presentation. Thankfully this is not the case. We get two main tracks: Dolby 5.1 and DTS - and both are indistinguishably potent purely because, irrespective of the onscreen action, the soundtrack is an almost constant medley of song after song. There is little in the way of effects to fully utilise the six-speaker surround sound, but the music tracks do quite a good job, some of them probably never having been available in this format before. The dialogue is largely clear and the two excellent mixes certainly enhance the main film. First up, we get an audio commentary by the writer, director and editor of The Mayor of the Sunset Strip, George Hickenlooper. He explains why he became interested in Rodney Bingenheimer, originally entranced by tapes of the guy's radio show. Twenty years later - thanks to interest from X-Files' Chris Carter's interest in the project - and Hickenlooper got his chance at making a film about Rodney. It took a great deal of research and the commentary quickly skims through the history of the production, from research and fact-gathering to interviews with the people who could tell him more. It is quite a nice commentary but his monotonous talking twenty-to-the-dozen does not leave a great deal of room for interest, so I would defer to the second commentary if you really want more on this subject.

You see, the second commentary is with the man himself - Rodney Bingenheimer - and Producer Chris Carter, who clearly sustained a much longer interest in the subject. These two are much more interesting to listen to. Rodney pretty-much narrates his on-screen action, but Chris manages to coax out some interesting anecdotes from him, even offering up some titbits of his own from his wealth of research into Rodney. Of the two, this is the slightly more lively offering - benefiting a great deal from the presence of two contributors.

Next up we get five 5-10 minute interviews with some of Rodney's celebrity friends, although they are mostly just extensions of the interview clips shown in the main feature. We get more David Bowie, more with Brian Wilson and Elvis Costello, more of Courtney Love, Oasis and Gwen Stefani. Some of them have some interesting stories to tell, but the gist of these interviews was captured in the documentary anyway, so you can see why these full-length versions were not left in. The Mayor of Sunset Strip tells a tale of a man who loved Rock and Roll so much that he was prepared to skirt the sidelines of his icons for the whole of his life. Some may appreciate this lesson, others may like the nostalgic recap of the different eras in American music culture, but I personally did not warm to it. The video is understandably restricted because of the archive footage it includes, but the audio easily makes up for it with two solid tracks. There are also not one but two commentaries from parties involved and extended interview footage from the main feature. It is a decent disc for those who are interested - and if you are, you should probably pick it up now.