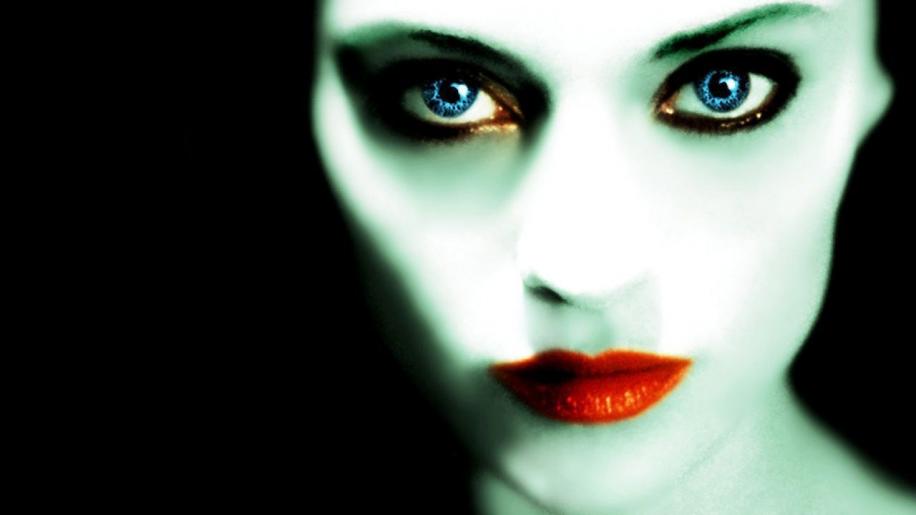 May (Angela Bettis) is a very
disturbed young lady.
Social awkward and
painfully shy, May was
made to wear a pirate-like eyepatch
as a child to cover up her lazy
eye, and she has never really
recovered from the stigma she
suffered due to it.
Her only 'friend' in the world is a doll
called Suzie, but, as Suzie is an
heirloom, she can never be removed
from the glass case she resides within.
Once again May is deprived of an
intimate relationship and remains
lonely and confused. Things change
when May falls for the hunky Adam
(Jeremy Sisto) and is seduced by a
colleague (Anna Faris), but just when
things look set to work out, her quest
for perfection in a companion takes a
rather disturbing turn for the worse.
May is a deeply unsettling film, and
with it writer/director Lucky McKee has
crafted a slow-boiling tale of isolation
and foreboding that plays on the mind
more than it assaults the senses. With
superb performances, a tense script,
excellent low-key direction and a killer
twist in the tale, May is an impressive
piece of psychological horror that pulls
no punches and refuses to insult its
audience by playing to the lowest
common denominator.