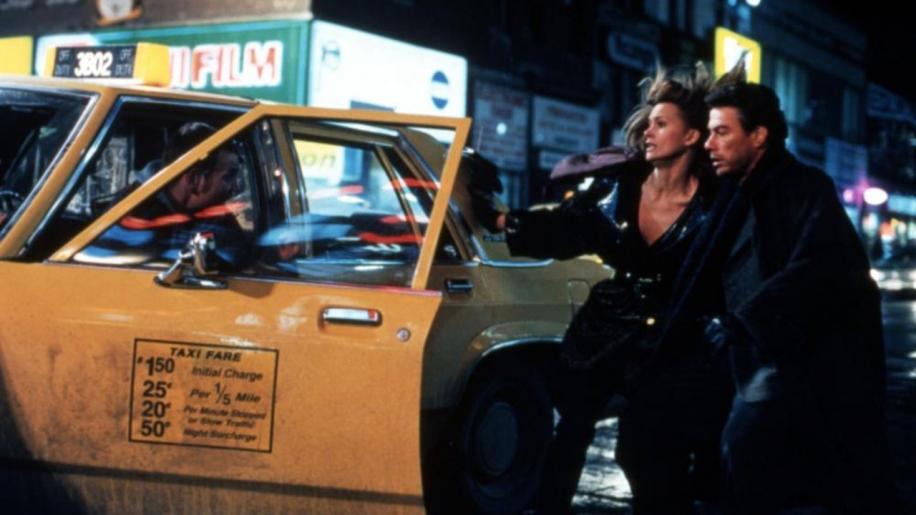 Jean-Claude Van Damme did pretty well off the back of his trademark kicks. Bloodsport, Kickboxer, AWOL, they all required him to be able to repeat the same kick seven times from different angles in slow motion. He did it so well, fans just wanted more. And they got it. Although his biggest Hollywood success was arguably the following year's Timecop, I always thought he hit his peak working with action maestro John Woo on Hard Target. The director's style perfectly fused with this actor's particular talents, and the end result was superb. But after the diabolical Street Fighter and the marginally disappointing poor man's Die Hard In A Stadium that was Sudden Death, his productions were stuck on a downward spiral. Amidst this mix bag of movies he did his first of three collaborations with another big action director, Ringo “City on Fire” Lam - Maximum Risk. Incorporating one of Van Damme's most loved character stereotypes - if Seagal was always an ex-CIA Navy Seal super-spy turned pie-eater, then Van Damme loved playing two of himself (Double Impact, Replicant, , The Order, Timecop) - it should have been, relatively speaking, something of an enjoyable action cheese-fest. Classic Van Damme. So, what went wrong?

French cop Alain Moreau is staring at his own dead body. At least that's what it feels like to him - with the shock discovery of his having a twin brother coming only after said brother's untimely death. Further investigation into the murder takes Alain to New York, where he goes undercover, assuming his twin's identity as Mikhail Suverov, and inheriting some pretty serious troubles. Soon he finds himself in the midst of a civil war within the Mafia, with greedy corrupt FBI agents hot on his trail, and Mikhail's angry girlfriend in tow. So what does he do? Kick and shoot his way to the truth of course.

Maximum Risk is, despite its familiar themes, quite a complex animal - almost too much so for a Van Damme vehicle. Don't get me wrong, I'm sure we're all bored with those tiresome affairs that are merely an excuse to string some decent fights together, but isn't that what we expect from a Van Damme movie? Of course, the perfect answer would be to provide both, and action movies like Hard Boiled succeeded - to a certain extent - at that. (Remember, i'm saying complex - not necessarily deep) But Maximum Risk provides unsatisfying action and an unnecessarily complicated narrative.

The acting is also atrocious, how French actor Jean-Hughes Anglade (from Betty Blue and La Reine Margot) got roped into doing this is beyond me. The worst thing is, I've actually seen Van Damme act. Yes, he can do it. Natasha Henstridge? No, she's still just a pair of great legs, but Van Damme isn't just good at kicking. His fairly recent straight-to-DVD revenge movie Wake of Death is surprisingly substantial. Van Damme emotes and actually acts. Sure, it's a rarity, but it also makes me suspect that the majority of the scripts he encounters leave no room for him to do anything except wander around like an empty shell, waiting for the next person to kick or shoot. Maximum Risk being a prime example - spending an awful lot of time evolving its twisting-turning plot but devoting nothing to its characters. Van Damme is almost benign to the proceedings, merely waiting for the next time he's supposed to kick someone, and given no room to even think about acting.

Henstridge dresses tart, acts balsa and appears to exist only to annoy our hero (and thus the audience) until the point where he has finally earned the right to see her breasts. Jean-Hughes Anglade looks bewildered as to why he's in this movie, The Wire's Paul Ben-Victor and Leon's Frank Senger make a farce out of their supposedly threatening corrupt FBI guys, and Deadwood's Zach Grenier is the least plausible (and again least threatening) Russia mafia boss. You want most of them to die more because they are irritating than anything else (including the girl). Even our hero is a little insipid. And making one good shot with a pistol (after spending most of the rest of the movie blind-firing) does not justify his being described as an expert military marksman.

This was one of Van Damme's earliest US affairs (his first within his three-picture Sony deal that followed with the ludicrous-but-thoroughly-enjoyable Doublt Team and the almost unwatchable Knock-Off) and also Ringo Lam's first US production. It's no wonder then that it was his only US movie to go theatrical, despite doing a better job working with Van Damme on Replicant and assisting on Wake of Death. Here, he almost tries too hard, giving us plenty of plot but all cliché, simply nothing of interest. Loud, overtly colourful, characters with no substance, action set-pieces that just fail to engage - and are often more unintentionally funny than thrilling (the opening car/“trike” chase being a prime example of a crucially significant moment that was more farce than anything else) and just nothing original.

Now why am I being so critical about a Van Damme movie? After all, what did I expect? Well, actually, either more - or less - but not this. Either a decent movie like Wake of Death, with some substance and just enough action, an engaging flick like Hard Target, with plenty of style and action set-pieces, or a mindlessly fun popcorn-fest like Universal Soldier, where the excess (almost cartoon) violence takes centre stage. This falls short on all levels, and consequently disappoints - even for a Van Damme movie. It's not his worst, but it could have been a great deal better - or at least a lot more entertaining.