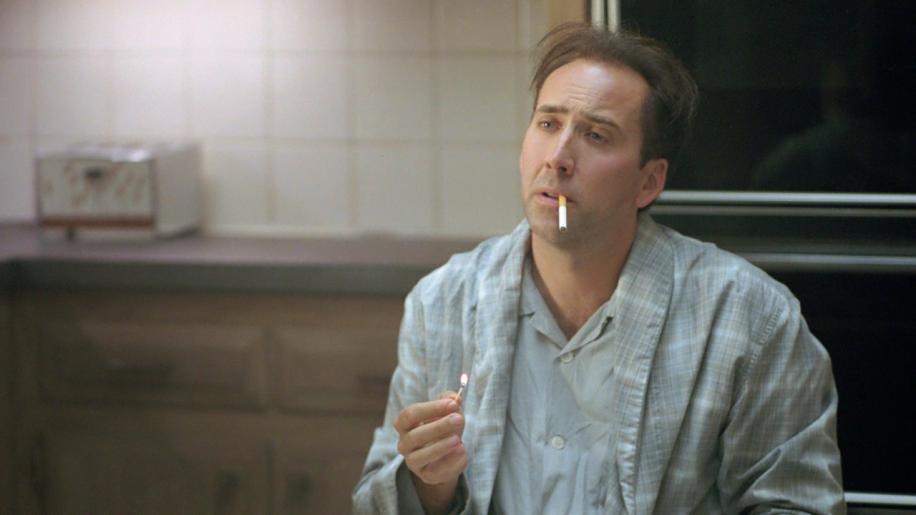 Marking something of a departure from his normal “staple” of film, and showing that he really is a versatile director, Ridley Scott brings us Matchstick Men, a crime thriller with comical overtones. Nicholas Cage plays Roy Walker, eccentric con-man and business partner to the equally devious Frank Mercer (Sam Rockwell). Walker is an interesting character as he has problems: aside from a nervous tick, he suffers a mild case of agoraphobia and is obsessed with cleanliness, but this doesn't stop him from lying, cheating and swindling his innocent victims out of their money.

Life is peachy - aside from Walker's mental problems - but his dysfunctional life veers off course when his long-lost daughter Angela (Alison Lohman), unexpectedly arrives on his doorstep. He suddenly has to balance the attentions of a daughter along with his “career”, and unwittingly finds his own eccentric behaviour beginning to change for the better. Then of course, in a turn which has echoes of Leon about it, Angela discovers his true line of work and through her better powers of persuasion, manages to get her father to show her some of the tricks of the trade...

Matchstick Men is a good, if unconventional tale that's as eccentric as the main character himself. Though slow paced and elements don't quite work, performances are excellent all round, with Cage stealing the show and reinforcing his earlier headlining role in Adaptation. It has a unique feel (almost reminds me of Punch Drunk Love in a bizarre, toned down way), and though not laugh-out-loud funny, has plenty of humorous moments along with a twist in the tale which will surprise many.

This won't be to everyone's tastes though, for there's little action and some may find it plodding in places, and for most it will be a “watch once” type of movie - however it's certainly worthy of being in your DVD collection, for this is one of last year's better movies.