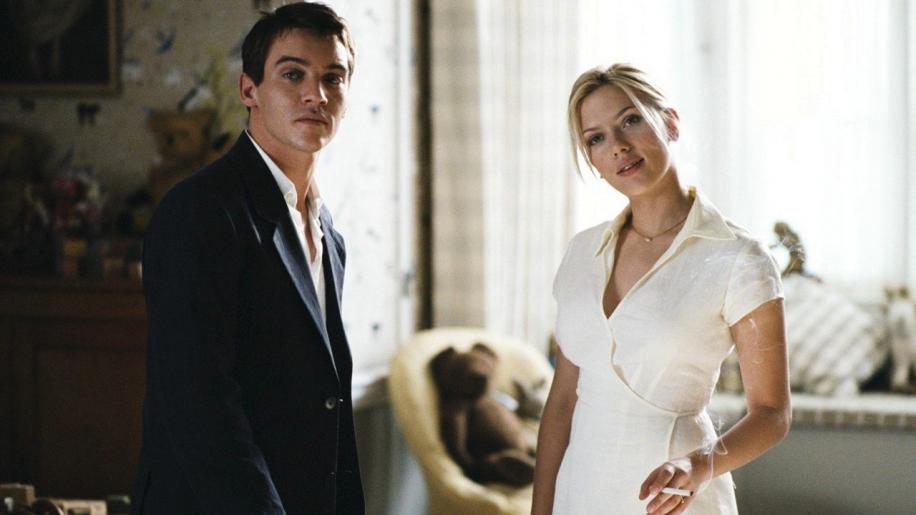 Allen Konigsberg or Woody Allen as he is more familiarly known is a prolific film maker. He has penned and directed a film (nearly) once a year since his first in 1966. He has accumulated more academy nominations for his writing that anyone else; is an accomplished comedian, respected and adored by filmgoers worldwide and ranked as one of the greatest film makers of all time. All his films follow a common theme, that of the human condition; by turning a spot light onto our nuances and foibles, he forces his characters into difficult but all too real emotional quandaries and delights in the gut wrenching decisions they have to make. Amazing to think then that since 1986 none of his films have made a profit in America, that is, until last years release and the subject of tonight's talk; Match Point. It seems with a change of location (this is Allen's first film outside of America) there has been a change in energy, yes the film circles around the exact same themes as all his other work, but with an unexpected Hitchcockian sting in its tail aided by some extraordinary performances from all concerned, Match Point is his strongest film for years and brings some much needed moisture to his recent dry spell.

It's all about luck. Chris Wilton (Jonathan Rhys Meyers) is an ex-tennis champion turned instructor. He really hits it off with one of his tutees, Tom Hewett (Matthew Goode), the son of wealthy business entrepreneur and stock market mogul Alex Hewett (Brian Cox), and, on their mutual appreciation for opera, promptly invites him to the family box at the latest production. Here, Chris meets the family, Chloe (Emily Mortimer), the daughter and Eleanor (Penelope Wilton) the mother. Once there he again really hits it off and on the back of this success is invited to a family get together one weekend. It is here where he first meets Nola Rice (the utterly gorgeous Scarlett Johansson) an American actress; the pair immediately share a chemistry but it transpires that Nola is engaged to Tom. Chloe meanwhile shows a great deal of interest in Chris, the pair agree to meet up, one thing leads to another before you know it they are a couple. Chloe only has eyes for Chris, while Chris' own wander to the seductive Nola, one is never sure if Chris' intentions are honourable or just an excuse to see more of her. Because of his position in the family Chris is given a post in the family business, his quick aptitude and demeanour, as well as being a near son-in-law see him rise through the ranks quickly all the while he is becoming deeper entrenched into the Hewitt family life. Nola, on the other hand, is not liked, she is constantly at odds with Eleanor, even though Tom and Alex defend her; her friendship with Chris deepens, they see in each other the effect the Hewitt's have on them; one fateful day, in the rain, their passion overrides their senses. Soon after, however, Tom breaks off the engagement and Nola disappears despite Chris' fervent attempts to find her.

Tom marries his new partner, as if seeking solace, Chris soon follows suit with Chloe; they immediately try for a child, but encounter problems. It is during this mechanical like serving when Chris stumbles upon Nola; seeking the passion lacking in his own marriage Chris and Nola embark on an affair; each gaining satisfaction from each others needs. Here is the real meat of the picture; Allen in neatly setting up the players as pins in the bowling alley of life starts to throw the ball of circumstance and emotional entanglement to see if they fall. Chris' dilemma is one so easily fallen into; of course it is of his own making; continuing on with the doting wife and her protective family to live a life of luxury while living a life of unadulterated passion with a lover that is mutually compatible. The scenes of him trying to juggle his life are gut wrenching to watch. Allen also skilfully handles the subject matter seeing all from the fence, in effect forcing the viewer to make up his and crucially her own mind of the concepts; males will no doubt side with Chris' dilemma and like him be equally at a loss for a get out; females will see the cheating husband and curse him for his choices; but both remain emotionally attached to the drama and neither will expect the sudden turn the film takes in its final act. I don't want to spoil anything here as the sting is unexpectedly dark and moves the film down an alley I wasn't expecting. The choice that Chris makes is one of extreme cowardice forced upon him by demands from the two women he cannot choose between. And in the end, like in the beginning, it is luck that deals the card, or more poignantly serves the ball and decides on which way it falls that determines the outcome of the film.

As stated in the opening paragraph, I think this is Allen's strongest film for many, many years. I know the material is not that original, even considering his own work, the recurring themes of a man's choice between artistic and sensual or motherly and pragmatic are at the root of just about all his films. Though here that man is not played by himself; and in removing 'Allen' from the film and then removing the familiar 'Allen' setting of New York, a very different feel becomes the film. Set in and around the upper class of London there is no typicality given to the Hewitt family; they are wealthy and live in a circle of country estates and chuffers, but their problems are the stuff of everyday life; the disapproving mother, the over compensating father, the spoilt daughter and rebellious son and as such are immediately identifiable. Chris, meanwhile, is somewhat of an enigma, a poor boy made good, a star of the tennis arena, but fed up of the 'luck of the ball falls' who turns his hand at teaching. Seems luck has run his life, bad with his tennis, but good throughout this time in his life, even if he himself cannot see it. The film contains some exceptional performances, even those that are understated, such as Cox and Wilton, they are perfect in their roles. All the principle cast are so natural in their portrayal you cannot help but think you are glimpsing into someone's life. A special mention must go to Johansson, she is seductive, alluring, fragile and lonely, displaying traits of wanting more than she could ever hope to achieve in a lifetime of bad luck against her. She is the perfect match, the perfect foil to Meyers' Chris. She has one moment of extreme emotion, when she confronts Chris outside his office knowing of his deception, her screams of “liar” are heart- wrenchingly real; the woman scorned is an emotional harp often played by many an actress, but rarely with such venom betraying hurt as well as anger in such a few short seconds.

As a whole Match Point is a well rounded and perfectly crafted film, it bookends nicely, it has montages juxtaposing fantastic elements with actual happenings within the context of the film and contains the emotion element to keep all entertained; a tight slice of life that never outstays its welcome and hardly feels like its two hour run time. It is richly deserving of all its award nominations and rightly deserving of its critical and commercial success; the DVD market has a new winner on its hands. I'd wish it good luck, but I don't think it needs it.