But hold the viewer's attention it certainly does 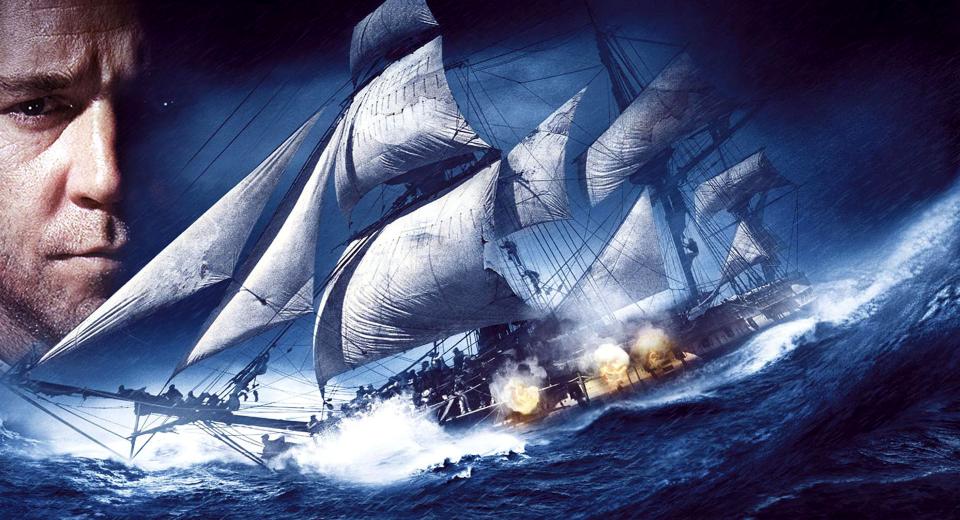 Based on the series of books by Patrick O'Brian and directed by Peter Weir (Dead Poet's Society and The Truman Show), Master and Commander: The Far Side of the World follows the fate of the crew of the HMS Surprise - a British Naval ship on a frantic search for their adversary, the French Man O'War Acheron during the Napoleonic war.

Russell Crowe stars in the lead role as Captain “Lucky” Jack Aubrey, assisted by a competent crew which includes his life long friend and ship's surgeon, Stephen Maturin (Paul Bettany). Aubrey is a charismatic character, a revered seaman who relishes a challenge and holds the concept of duty above that of individual lives. But when he is outwitted by the Captain of the Acheron and almost destroyed on more than one occasion, even his crew begin to doubt the sense in continuing their mission, and rumours begin to circulate that they are cursed...

Master and Commander: The Far Side of the World is not a complex movie. The tale is basic at best, and simply revolves around the cat and mouse game between the two ships. You may wonder how this could possibly translate into a movie exceeding two hours in length - especially when the Acheron makes an appearance in the opening moments and almost destroys the Surprise without breaking a sweat - but hold the viewer's attention it certainly does. The characters are all watchable, though aside from Crowe, Bettany and a couple of others, they remain largely anonymous to us; it's really only the Captain himself and surgeon who we get a real sense of, which is revealed through the conflicts in their friendship as events transpire to make them clash. But the combination of a good script and gritty, realistic action makes this an undeniable winner, despite this weakness.

Realism features highly in the movie, with some effective camerawork combined with excellent special effects making our voyage with the Surpise an authentic and at times intense experience. Some may criticise Master and Commander as being light on story, for as I've already mentioned the premise is basic, but Weir executes everything well enough for it not to become too lightweight, and never does it become boring. There's none of the usual Hollywood gloss here, and the film is all the better for it. Grime, hardship and blood abound, and though the heart of the beast is simple, it really is a beating heart. Well worth a viewing.