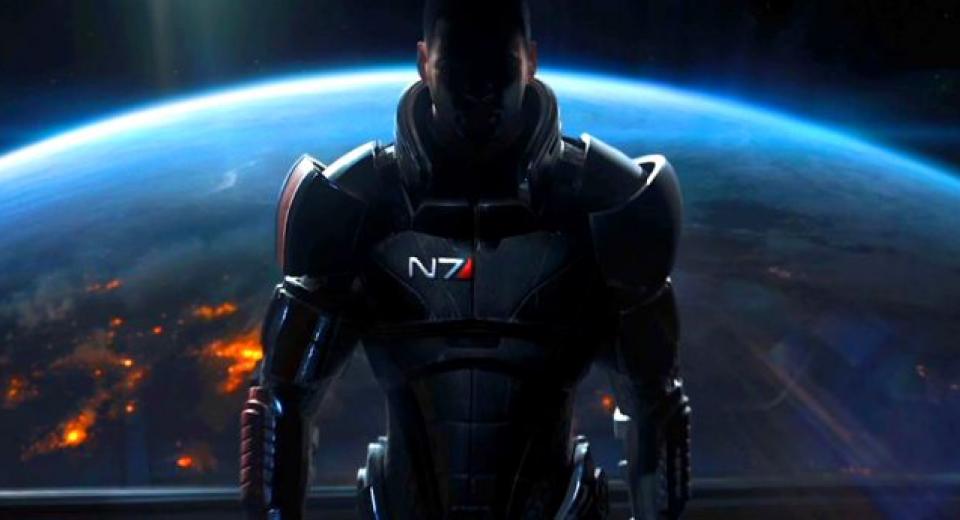 In the long tail of this console generation we have become accustomed to all the big releases ending with the number 3. As franchises wind up arcs that have stretched through multiple games few titles have as many expectations resting on their final chapter as the Mass Effect (ME) series does.

Since 2007 players have been guiding their version of Commander Shepard through the twists, turns and choices which will determine the fate of the galaxy.  The acclaimed sequel to the original ME streamlined its RPG elements and focused more on the character stories it contained rather than the overall narrative. Now it’s time to see if Bioware can deliver on one of their most ambitious projects to date and successfully close out one of the few true trilogies of this generation. Mass Effect hangs its hat on continuity, whether it’s a painful choice you made on Virmire in ME1 or the hours you spent mining resources in ME2, the fact that elements such as these can be carried forward between games helps to invest the player in the experience and in particular their character.

With this being such a defining element of the franchise it makes the issue of not being able to import a character's appearance from ME1 a real problem. Whilst all the other aspects of my Shepard were proudly on display, with my level and choices all being pulled through; I was left with the option of either using the default character or trying to recreate my Shepard with the tools provided. I begrudgingly chose the latter option and managed a reasonable recreation of Shepard 1.0 and in hindsight it didn’t have a lasting negative effect on the overall experience; but it did remove the shine from the first few hours until I finally accepted Shepard 3.0 as my own. From a technical standpoint it’s easy to see why there may have been an issue, graphically the series has matured into one of the best looking games of the generation. Character models show remarkable levels of detail believably realising the Krogans' rough crevices or the Asaris' luminant textured skin. The character models are only let down by the facial animations which are adequate by normal standards but while watching what amounts to hours of talking heads you can’t but wonder how much better things would look with the technology of something like L.A Noire powering enhanced performances.

Environments inspire no such complaints with each area stunningly recreating foreign worlds and facilities; each backdrop just begs to be set as your wallpaper. Action sequences are a spectacle whether observing them up close from the bridge of the Normandy or staring at the explosions in the sky as you fight gigantic Reapers on a planet below. Which you will do a lot, Reapers are no longer ominous machines drifting through space, they are here and most importantly to Shepard they are on Earth. Great efforts are taken to convey the urgency of the situation as Reapers close in to deliver the end of days. This often stands at odds with the fact this is still a videogame, one built on RPG mechanics requiring the player to level themselves, their equipment and their squad. This takes time and it can be hard to swallow searching for minor criminals with C-Sec on the Citadel while the galaxy quite literally burns.

It’s no wonder then that the slow paced scanning of planets is now replaced by scanning entire systems, you might find fuel for the Normandy, ancient artefacts or vital components which help with the war effort. Scanning in ME2 was a popular criticism as many found dragging the scanning reticule over the surface of multiple planets looking for resources tedious. This evolution may be less tedious but it also lacks some of the discovery that existed by feeling the vibrations of your pad as you stumble on a giant deposit of Platinum. When you do scan a planet the challenge is removed as they guide you straight to what you came for. The only threat is getting chased out of the system by Reapers if you send out too many scans and draw them to your location. While these time consuming activities may seem jarring in light of the overall narrative, these efforts do all ultimately add to your EMS (Effective Military Strength) which is displayed rather clumsily in the War Room on the Normandy. Here you can see how all the game play elements tie into the overall narrative. It's a neat idea but with all the effort taken to create a deep experience to hopefully lose yourself in; assigning a numerical value to your progress seems unrefined and counter productive. The spoils of scanning systems often turn up “War Assets” which are items that you discover that have been given a little background flavour to mask the fact you are quite literally filling up a progress bar which will affect how the story plays out.

Not content with just one arbitrary number added to the mix, a Galactic Readiness level is also on display. This is where the contentious multiplayer element has been added. The galaxy is split up into zones and players can tackle co operative missions in these zones to increase its readiness level; which again has bearing on the overall story. Whilst Mass Effect is perhaps the quintessential single player experience these multiplayer elements are at least well implemented. It takes the now standard wave based premise and soaks it with all the gameplay elements from the single player combat. Teams of four work together using the different class abilities to hold off increasingly harder enemies with simple objectives such as hacking terminals sprinkled in to keep things interesting.

While wave based gameplay is standard fare for most shooters these days the class system does give it some extra hooks, beyond increasing your readiness level in single player, you can level each of your classes separately, powering up your various biotic or tech powers exactly as you do in single player. Credits are accrued and can be spent buying unknown bundles of weapons and abilities, the more expensive bundles can come with the rarer items but since you can’t see what you are buying it’s not a linear path to the top and may take a lot of credits to find the upgrade you are looking for. In the end the multiplayer is a nice addition, it’s not essential to maximise your readiness level in order to succeed in single player, in fact it’s possible to get the “best” ending without playing any multiplayer at all. What it does do is provide a good avenue for players to enjoy the Mass Effect combat outside of the single player framework with friends.

The reason it works is because the combat of Mass Effect is the best it’s ever been. Bioware have come a long way from ME1’s clunky mechanics. Mass Effect 2 overhauled them but ME3 refines them considerably. The combat itself is snappier with minor improvements like hit markers and flashier melee animations. Still at the heart of the system though are the squad based mechanics, in single player you can still pause the game and control which weapons and powers your squad mates use and when, you can also assign a single power from each squad member to the d-pad for instant use or if you have a Kinect, power, weapon selection and dialogue options can all be controlled with voice commands. Whichever way you give orders you can combine abilities to devastating effect. While it’s possible to hunker down behind cover and simply remove targets with your assault rifle the fun begins when you start playing with the different ways of using all the options presented to you.

Before each mission you can review which members you want to bring with you, you can then upgrade their powers as you see fit and select which weapons they use. The weapon system has been given another overhaul. In an effort to appease those who missed the inventory management from ME1 weapons can now have mods which grant passive abilities such as extra clip capacity or increased damage, each weapon has several mods and with several weapons in each category; it does bring another level of choice and management to the system however it’s still not the RPG some might be hoping for. The RPG pay off comes with the story missions, while the overall narrative is the object of much discussion, it’s difficult to see how the last 30mins of gameplay can possibly wrap up 3 games worth of content, those looking for this are sure to be disappointed. If you have been playing since ME1 you will be familiar with the larger threads which make up the Mass Effect universe. The Geth problem, the Krogan Genophage and the Rachni threat. These are all bookended one way or another, similarly characters from ME2 make appearances, most won’t join your squad but they will complete their story arc with your help.

Completing all of these activities executes on the character development from ME2 and also provides the most opportunity for varition in the plot. For the record i will say i enjoyed my ending, the main criticism of the series is that players feel many of the decisions along the way meant nothing by the end of the game. This is true to an extent however common sense dictates new players to the series should be able to complete the game with the same outcomes as veterans so decisions were never going to have the massive impact some might be expecting.

The satisfaction of ME3 does not come in the form of an ultimate ending open only to people who have played each title in a specific way.  It comes from knowing the back story to events because you played them and having to make choices regarding races and individuals which you have developed an affinity for. Rather than a final extravagant finale they have wisely chosen to tie off the main themes and then let you point the universe in a particular direction at the end. Questions remain and opportunities may have been missed however Mass Effect, like its universe, is so big it would have been futile to try to satisfy every avenue available. However the more you put in the more you will get out of it. If you didn’t play either of the previous titles much of the depth will pass you by, similarly if you didn’t complete loyalty missions in ME2 or don’t pay attention to dialogue in general it will remain an enjoyable experience but the gravity of the events will be lost on you. Put simply the earlier you get on the train the better the seat you will get.

Mass Effect is an achievement, from the character import, the mature themes, the implementation of dialogue options and the stunning presentation it has the ability to engage the player more than ever before.  ME3 builds on its solid gameplay base, offering player the ability to play with friends cooperatively and brings an end to the sprawling space opera many have been waiting for since the series began. The implementation of "Military strength" could have been integrated more seamlessly and completing comparatively trivial side quests does require a significant suspension of disbelief but as the credits roll no matter what your opinion on the ending it can't be denied that it was certainly a lot of fun getting there