Another PS4 exclusive comes out swinging, and the results are certainly spectacular... some true believers might even say amazing 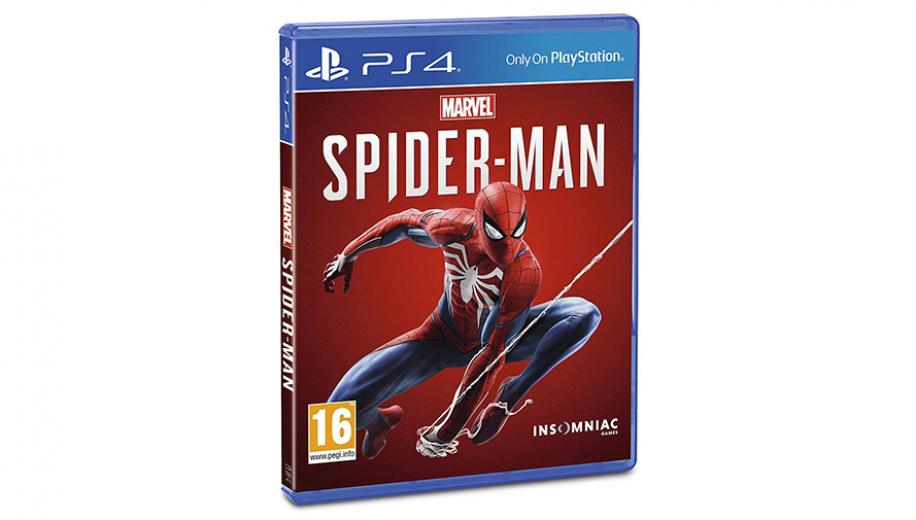 There are few kinds of games harder to get right than those based on superhero franchises. The problem stems from the very concept itself. The star is always this established badass, and lumping too much power in the hands of players too quickly is a sure-fire way for things to get dull extremely quickly, as evidenced by just about every Superman and Iron Man game ever made. It's for this reason that the best examples tend to be those based on characters who can comfortably be shown to be fallible in combat situations – the likes of Batman and Cap really don't enjoy getting shot and the sense of power their games deliver comes from the player's good performance in pulling off flashy dodges and counters to shield their mortality and clear crowds of goons, while someone like Hulk is just going to grimace at shooters then toss them all into orbit. Good ol' Pete Spiderman probably has the best track record in the entire subgenre of superhero games, largely for that very reason, and Insomniac here does a cracking job with the character to turn in another for the pile of sensational Spider-Man games.

Spider-Man 2 is the yardstick for how Peter Parker's arachnophile alter-ego should be handled in modern media... twice, actually. The 2004 game made the simple act of swinging around Manhattan feel incredible and has been fondly remembered ever since, while the Sam Raimi movie on which that game was loosely based remains a cinematic high point for Spidey, packed with explosive set pieces and some interesting character development on both sides of the good/evil divide. Modern technology allows Insomniac to draw from the best of both those worlds and produce what must be the quintessential Spider-Man experience, a stunningly recreated New York the playground for players to explore with that oh-so-satisfying web swinging. It feels a little basic at first, with a similar mechanic to Assassin's Creed's 'hold R2 to parkour' used for both ground- and web-based movement. But that's the beauty of the system in place here – Spidey-loving kids can pick up a pad and feel like Spider-Man just by holding a single button while moving, but more adept players will learn to time web pulls, swings and releases to build crazy momentum, chaining these moves with wall-runs and other tricks in one seamless and endlessly satisfying core movement loop. Young or old, rookie or pro, it's fun just to 'be' Spider-Man. Insomniac does a similarly good job with characters almost across the board, making the most of the game's original (and canon) Spider-Man universe to give the game its own unique established set-up rather than have it be the 2,000th retelling of Spidey's origin story. We get a slightly older version of Parker than we often see and his new day job of being a gifted lab assistant gives the team a way to weave gadgets and upgrades into the narrative without them feeling forced, as well as opening the door to a broader array of non-typical content such as simple experiments and circuit puzzles. The supporting cast also get more screen time than you might expect from a game like this, putting the wall-crawling power fantasy on pause briefly to offer a refreshing and suitably modern view of the guy behind the mask and the important people in his life. The usual suspects are mostly present, if reframed slightly, but Insomniac also casts the net wider with its rogues' gallery, bringing in some leftfield villain choices on top of expected ones to shake things up a little, and it works. But if there isn't a boss battle against Rhino where you have to make him run into a wall to stun himself before you can hit him, is this really a Spider-Man game at all? Yes. Yes it is, and that's one gaming cliché we're glad to see the back of, although there are sadly still plenty of other tropes left over from the last time playable Spidey was at the top of his game.

Open world game design has evolved a lot in the 15-odd years since Spider-Man 2, but this is one aspect in which Insomniac seems to want to play things pretty safe. The game's structure is dangerously familiar – explore the open map, activate towers to fill it in and highlight optional extras like side missions, mob hideouts and dynamic crime events in the world, then visit each icon in turn to partake in the expected array of combat challenges, races, and other busywork between the main story beats. That's not to say it's bad per se, and the jaw-dropping visuals and excellent movement tools even do a pretty good job of painting over the rusty old framework the game is built around, disguising it expertly at the best of times. Even the basic systems are gamified to the nth degree – while recent open world highlights such as Breath Of The Wild and Horizon task players with rounding up materials to craft items and upgrades, Parker somehow manages to forge his new toys out of things like Crime Tokens. Yes, Crime Tokens... not only is the old adage finally proven to be incorrect as crime clearly does pay, but it apparently pays so well as to support its own currency. It's very daft. Functional, sure, but daft nonetheless. Combat, however, fares far better and it's amazing how much the game allows you to do with just a few buttons. There are a ton of moves you can pull off just by mixing up taps and holds, which isn't especially intuitive at first but quickly becomes second nature as the game leads you through a selection of new enemy types that force you to use the full extent of your arsenal. By the end, you'll be racking up huge combos while dodging everything that is thrown at you, with plentiful gadgets and various cooldown-based suit powers available to really encourage creative combat and make big battles even more fun. Stealth is usually an option when approaching an encounter, letting you string bad guys up from lampposts or strike unseen for an instant KO, but it's just not as satisfying as getting your hands dirty. There are a few forced stealth sections during the story, which would usually set alarms bells ringing in our heads, although they're generally pretty short and designed well enough to shepherd players through the sneaky interludes with a minimum of fuss. They're probably as close to good as stealth sections in action games get, actually, but that's not really saying an awful lot.

Production values are also through the roof, and the visual fidelity is doubly impressive when you consider the verticality of the city and the crazy speed at which you can freely zip around it. Attention to detail is just insane – you'll notice bad guys you booted off buildings left hanging from the sides so as not to straight-up murder them, explore lavishly detailed back alleys that have no real reason to exist, and even notice Spidey deliver lines differently while exerting himself. All of this just plays into the idea of creating the ultimate Spider-Man experience, and that's exactly what this is. Marvel's Spider-Man nails all of the cinematic splendour of webhead's finest silver screen moments and offers all the key elements that made the classic Spider-games so entertaining, all wrapped up in one stunning package. Marvel's Spider-Man might be a game based on a rather old-fashioned structure, but when you're in the thick of it and throwing punches, quips and web shots at small armies of goons while weaving between blows, it's easy to get so lost in the amazing action that the game's issues just melt away. Couple that cracking core combat with a traversal system that is so much fun that you won't even want to use the game's fast travel system and some genuinely incredible set pieces and it's safe to say that this is a new high for Spidey in gaming terms. Insomniac has done a damn fine job of delivering its own twist on the classic hero and the Manhattan sandbox offers plenty to do, with even more planned for the coming months in the form of extra DLC stories that will likely further pave the way for the inevitable sequel. A top tier comic book caper, to be sure.