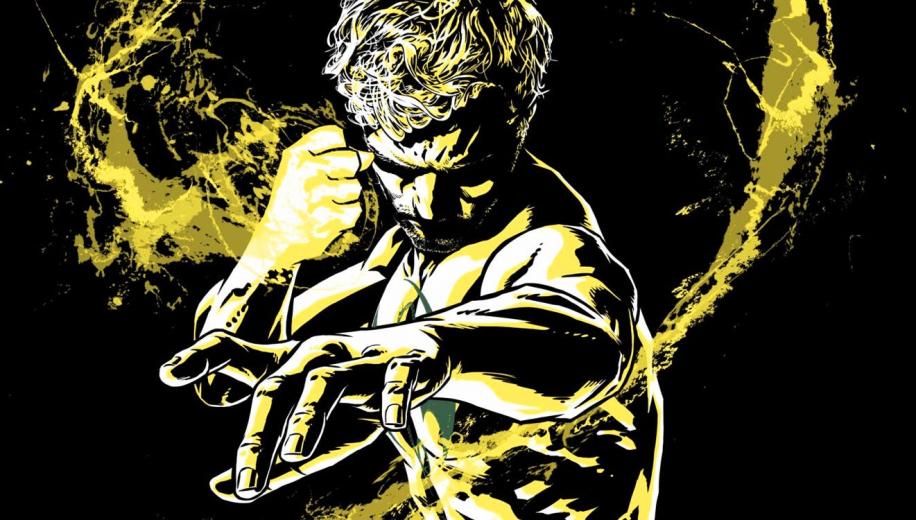 Netflix delivers a punchy sophomore season of Marvel's Iron Fist, with solid antagonists and a hero who can finally fight.

Hardly regarded as the strongest member of the 'Defenders', martial arts master turned wielder of the mystical Iron Fist, Danny Rand proved - for some - to be quite an intriguing component in Marvel's small-screen super-franchise.

The quartet certainly offered different flavours to break from Daredevil's expertly choreographed but monotonously endless ninja fights and painfully earnest guilt, with a bolshy female component in the kick-ass Jessica Jones, some throwback blaxploitation vibes with Luke Cage and more mystical kung fury for Iron Fist, but it was Danny's - and actor Finn Jones' - martial arts prowess that came under the greatest scrutiny, with the character's fish-out-of-water routine only getting you so far into forgiving the series its faults.


Still using the now-trademark long format style that Marvel have made their own when it comes to their small-screen Netflix properties.

It's understandable to side with Iron Fist apologists, however, as the show did offer a different dynamic through its less confident and more guileless protagonist, with a curiously compelling villain and an under-utilised but still show-stopping super-power as the cherry on top. Refining the series through the prism of hindsight, Iron Fist loses its showrunner in favour of new blood, with Elektra scribe (don't hold that against him too much) Raven Metzner delivering the goods in this second year. Although it's Metzner that will get all the credit, this sophomore season relies heavily on the foundation of its first year, bringing back almost all the characters and still developing them using the now-trademark long format style that Marvel have made their own when it comes to their small-screen Netflix properties.

And it's this style which is going to either (continue to) turn off viewers or at least establish fan commitment to the multi-tier franchise, with the second seasons of both Jessica Jones and Luke Cage pushing patience as they develop story arcs over an entire 700 minute season, and even the excellent Punisher eschewing wall-to-wall carnage for a much more considered approach.


At least Iron Fist sticks to a more streamlined 10 episodes for its second year.

The second season of Iron Fist almost takes this style to the extreme, but at least does so with some notional telegraphing of where it is going, even if it's clearly evident that it is going to take a while getting there, introducing patently key characters - both old and new - right from the opening episode, and building an air of impending doom as it puts Danny through the wringer.

A big part of the focus is upon Danny's past - how he earned the Iron Fist - with old brother-in-arms turned antagonist Davos (an irritatingly bland Sacha Dhawan) continuing to challenge his right to wield such power, in more direct ways than ever, whilst the battle-damaged siblings Ward and Joy (Tom Pelphrey and Jessica Stroup) return after the fallout of Danny's clash with their dad.

Danny's strongest ally comes from Jessica Henwick's Colleen, who is one of the most underrated kick-ass female characters in the entire Marvel oeuvre, balancing superior skills with hints of vulnerability that imperceptibly register, but it's another female presence who starts to steal attention in this second year - Alice Eve's (Star Trek: Into Darkness) strange new addition, Mary who, right from the outset establishes herself as she's clearly got serious psychological issues just begging to be channelled towards rampant mega-villainry. This is a particularly volatile comic book character brought to terrifying life here. Character development is on point here, with a focussed approach to the half a dozen main characters - Danny of course at the fore, having seemingly mastered his power in season 1 now struggling to keep control of it - weaving multiple threads that repeatedly cross on the way to an expectedly big end run.

It's long-form storytelling, as aforementioned, and there's probably a strong argument (as with the other second seasons of Marvel's Defenders characters - and even perhaps the anticlimactic big team-up event itself) that they draw the narrative out across an over-indulgent entire season run, but at least Iron Fist sticks to a more streamlined 10 episodes for its second year, with the dropping of those extra 3 making all the difference to the pacing.

The Chinatown backdrop is also well-utilised - not as overplayed as the Blaxploitation vibe of Luke Cage, but more tangible than whatever they were going for with Jessica Jones - as the Triad-flavoured gang turf war affords plenty of room for both Machiavellian chess moves amidst the players and also plenty of ten-to-one hatchet fights.

It's nice to see Iron Fist kicking ass more confidently too, with better choreographed fight sequences right from the outset - one of those key elements that Metzner clearly, and rightly, felt the need to address - and with the fights maintaining that more traditional Kung Fu-esque vibe that offered the first season some measure of distinction over its counterparts.

Certainly for those who enjoyed the first season, this one is even better, whilst those who didn't get along with Danny Rand and his fists of fury may not be swung by the changes this time around. It's worth sticking with, however; if you made it through season 2 of Jessica Jones and Luke Cage, the ongoing mystical adventures of Iron Fist should be a walk in the park.