The return of the best of Marvel's TV villains 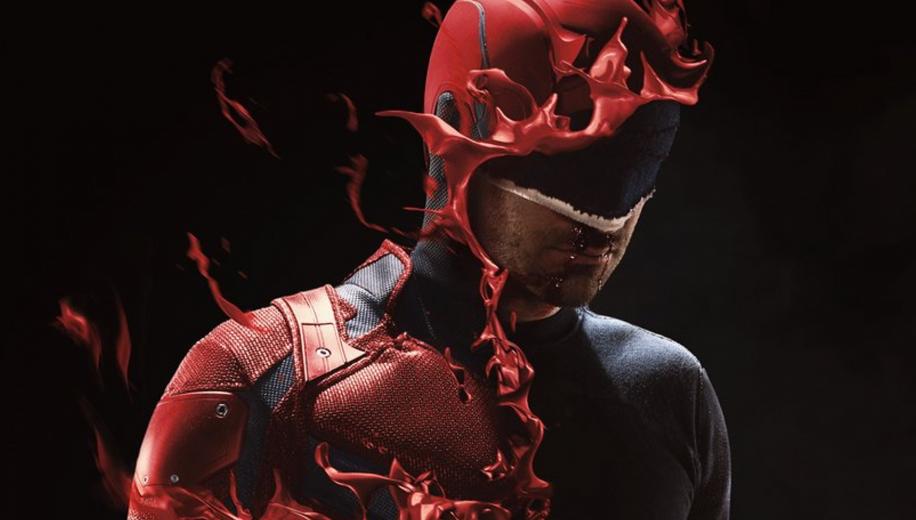 Netflix's original Marvel heavy-hitter returns for a great third season thanks largely to the return of Vincent D'Onofrio's Kingpin.

The Iron Man of Marvel's small-screen output, Netflix's Daredevil, kick-started a quartet of 'Defenders' which spun off into five different, disparate superhero TV series, providing a solid action-driven backbone to the franchise. The subsequent shows - Jessica Jones, Luke Cage and Iron Fist - have all enjoyed two seasons of varying quality, generally upping their game for their sophomore years, with Iron Fist in particular finally making good on the potential for the least likely addition to the fold. And in the background The Punisher got his own celebrated spin-off, becoming one of the best characters of them all.

Meanwhile Daredevil, the progenitor, has had a rockier ride, enjoying a tremendous first outing but a weaker second run, chock full of ninjas but only really sparking to life through the presence of its supporting characters - Scott Glenn's Stick, Vincent D'Onofrio's Kingpin, and of course Jon Berenthal's Punisher - with the seemingly eternal (given it fuelled the subsequent Defenders team-up) story of The Hand and Daredevil's true love, the tormented Elektra, dragging it down.


It doesn't take many episodes to realise that this is going to be as much Fisk's season as it is Daredevil's.

The end of The Defenders brought with it a clear sea-change, with the seeming death of Daredevil playing out behind the scenes of all of the second seasons for his counterparts. Of course, it was obvious that he was not going to stay down for long, but the third season brings him back a broken man, and brings back one other thing - his greatest adversary, and one of the greatest screen antagonists, certainly the best of Marvel's small-screen universe - Wilson Fisk. Kingpin. It doesn't take many episodes of Daredevil Season 3 to realise that this is going to be as much Fisk's season as it is Daredevil's, with the Devil of Hell's Kitchen initially struggling with his wounds - including damage to his ears - before discovering that his greatest enemy, Fisk, has cut a deal to testify against some major gangs in the city ostensibly in exchange for protection for the love of his life, Vanessa.

Of the two arcs, Fisk's is easily the more interesting - with mainstay hangers-on Foggy and Karen orbiting the peripherals with tedious back-plotting that smacks of outright padding. Daredevil's Matt Murdock has his own crisis of faith (unsurprisingly), made more engaging through the presence of Joanne Whalley as a more tenacious Sister who nurses him back to health, but only really at a high when it involves Murdock having 'visions' of Fisk questioning the vigilante's every move, and the price it pays on everybody he knows and loves. It nods to the 'Born Again' comic book arc from which it was derived, which charted Murdock's descent into madness as Fisk rises to power, but adapts it subtly and in long form.

Of course, it is D'Onofrio that owns the show, having signed a deal to come in and out of the show regularly, and thankfully making good on that deal by returning here full-force. He affords the series tremendous presence and gravitas, not least thanks to his physical stature but also thanks to a voice that would make Bane think twice about raising his fists. The man is a hulking beast, but D'Onofrio imbues him with a curious vulnerability courtesy of his love for Vanessa, cutting a deal to inform on some Albanian gangsters who, in turn, send legions to take him (and her) out. It's great plotting, and every scene with D'Onofrio is utterly compelling. His Machiavellian plotting is staggeringly good and his slow ascension to take back his throne and psychologically and physically destroy Murdock in the process utterly compelling. There's also a fairly early introduction to another pretty big character from the Daredevil universe, who some fans will recognise from his skills with weaponry, whilst others will recognise from the revelation of his real name; a nice slow-build character who is superbly groomed by Fisk.

It wouldn't be Daredevil without some spectacular fight sequences, and Season 3 has plenty, with our protagonist frequently on the ropes and heavily outnumbered, not least in the early prison setpiece. Whilst it doesn't compete with Season 2's Punisher prison sequence, it's still reminiscent of the long-take corridor setpieces in both of the last two seasons, reminding viewers just what distinguishes this show from its siblings. And that's just for starters; you just wait until Daredevil first confronts his next big antagonist.

If Season 2 got messy with ninja overkill, and The Defenders proved an anticlimactic supposed end to Daredevil, this is a great return to form, capitalising on everything that worked from the first season by bringing back its greatest asset and pushing him front and centre for the duration. It's a shame that, with the cancellation of both Luke Cage and Iron Fist, and only a third Jessica Jones season and second Punisher season still in the works, the future is uncertain even for the backbone of the Marvel small-screen universe, but that shouldn't stop you from putting Daredevil Season 3 to the top of your list.