Sisters are doing it for themselves… 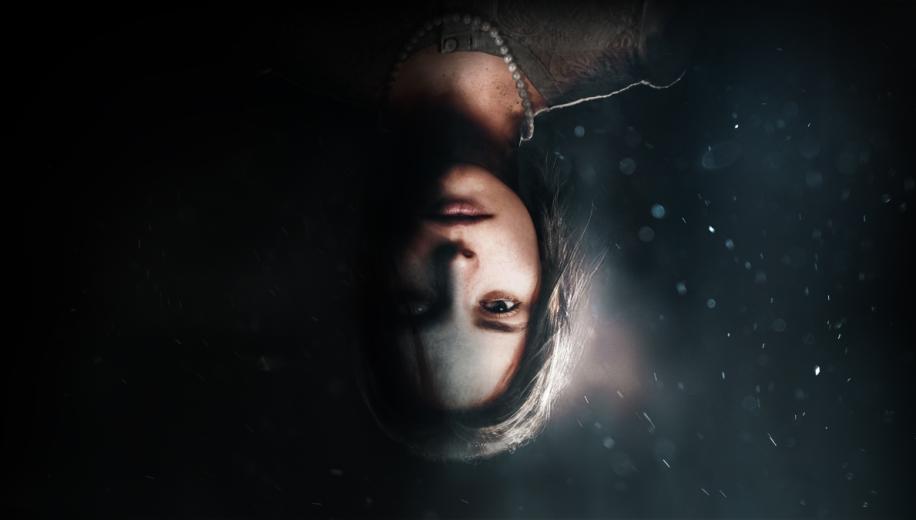 Martha is Dead offers a great premise and an absorbing storyline, but ultimately its balance between horror and gameplay veers too often to the former in a way that isn't always easy to handle. If it had played to its strengths more, such as piecing together the narrative through exploration and its interesting photography system, Martha is Dead could have been a far more entertaining adventure rather than an awkwardly uncomfortable one.

Martha is Dead certainly comes with no little intrigue. From a broader perspective the game sets up a very interesting premise, with you playing as Giulia, identical twin sister to the murdered Martha. Set against a late WWII backdrop in the beautiful Italian countryside, Martha is Dead has all the foundations for a gripping thriller, as secrets are revealed and the truth behind the titular victim’s demise is unravelled – and for the most part the game delivers on that.

The second reason for intrigue is that the game has come in for a little controversy ahead of its launch, with the PlayStation versions requiring some censorship, such is the very graphic and brutal nature of some of the horrors Martha is Dead is willing to unleash. The game does offer fair warning about its adult content, and PC and Xbox versions have the option to play a censored cut of one scene involving self-harm. There are further scenes depicting torture and mutilation and other graphic moments some might find uncomfortable at best, so clearly this isn’t going to be a game for everyone, and one that’s probably best avoided if you have any such doubts.

This isn’t going to be a game for everyone, and one that’s probably best avoided if you have any such doubts

However, it's for the more mundane moments of investigation that Martha is to be enjoyed, while the darker elements do combine to add an impressively twisted psychological element that will have you second-guessing everything you thought you knew. At its best it’s an adventure game that reminds us of the likes of Gone Home, where you’re free to explore and interact with your surroundings, with little in the way of hands-on action. Instead, everything you touch tells you more about past events and the relationships involved in them, drawing you closer into the experience as you get one tiny step closer to the truth.

The Darkroom and the Darkness

The game doesn’t take long to get into both the headline narrative and its general gameplay style, taking place within a fairly small area containing your rural home and the nearby woods leading down to the lake. As mentioned, this isn’t an action title; it's more of a slow-burning exploration experience with echoes of a point-and-click set-up. The first-person viewpoint does add an element of drama to plenty of the proceedings, although some will find the slow back-and-forth of the gameplay a little tedious, especially if you're ready to embrace the darkness. We quite liked the tempered-down nature of it, though, as it feels in keeping with the steady unravelling of the world around you.

This isn’t an action title, it's more of a slow-burning exploration experience with echoes of a point-and-click set-up

With an old folklore tale bringing up the supernatural figure of the murderous ‘Lady of the Lake’, you’d think things would be in for a fairly predictable path (spoiler alert: they aren’t, even if the downhill slope is rather less of a surprise). The game does a nice job in gently introducing you to the basic practice of looking for items of interest and interacting with them to get snippets of information or pick up useful items. There are also glimpses of some of the few ways Martha is Dead mixes up its gameplay, with an on-rails sequence through the woods visually similar to those fast-paced camera shots in Evil Dead, only here you need to hit the right words to make out a telling sentence. Later on, you’ll get to relive some of the darkest moments of Giulia’s past through a charmingly child-like puppet show.

One great feature of the game is your ability to use a camera to photograph your surroundings and aid in your search for clues. You can find and equip a number of accessories, including a flash or infrared lenses to shoot things you might otherwise not be able to see. You’ll get to play with the exposure, aperture and focus to get the perfect picture, with a darkroom that will hold your hand through the development process adding a welcome sense of immersion. It’s nicely implemented, even if it feels a little underused given how much time you can invest into it. However, as you’re free to use the camera whenever you like, it’s a fun side-dish to your general quests – along with a telephone where various phone numbers are revealed that you can dial to offer some additional backstory, which can be especially pertinent in the later stages as the truth begins to take shape.

Speaking of quests, those are usually fairly straightforward, with the need to find item A to reach area B to discover item C and so on – with a convenient supply of locked doors to keep you away from places you don’t need to go to quite yet. There are some puzzle elements but nothing too taxing, although the guide for reading Morse code in order to send a telegraph can leave you stumped if you don’t get it right away. Another ‘find another way in’ situation can also leave you wandering aimlessly around the woods, with the solution not where the map is pointing you towards, but generally the ongoing trail through Martha is Dead is pretty easy to follow.

However, those dark horror elements don’t stay hidden for long and you’ll find yourself frequently torn away from the gameplay to watch Giulia’s twisted psyche turn in on itself. We won’t deny there are a few scenes where we were wincing even before the button prompts came up, forcing us to reluctantly play our part in the on-screen horror. It’s not really that they’re unsettling, even though there are several WTF moments we’d happily erase from our memories, it’s more that as they become more frequent into the latter stages of what is a pretty short game (our last save point had us a little over six hours in), they do become a jolting stop-start distraction from your ongoing quests.

The contrast between the beauty of the setting and the darkness of the narrative is perhaps unsurprisingly reflected in the visual style. Thankfully, Martha is Dead doesn’t really fall into the old Resident Evil ‘lost in the darkness’ trick, but there are sections of the game played at night, which makes the daylight scenes where you get to explore the grounds of your home and venture into the woods without a sense of fear all the more liberating.

In terms of visuals, the game gives you the option to play in 4K at 30fps, or in 1080p at 60fps (dropping to 1080p at 30fps on the Xbox Series S but with a decent Super Resolution bump). There’s not a lot of fast-paced action to really trouble the framerate and we had no issues giving both a spin on the Xbox Series X. That said, this is still a relatively small indie game, so don’t expect the lavish splendour of a triple-A studio release, and, while highly-presentable, there is that understandable lack of finesse in the finer details.

The audio is rather more impacting, though. Although fully available in English, the game has Italian as its default language and it adds a nicely authentic touch to leave it in place (with subtitles of course). We should also doff a cap to veteran actor Udo Kier, who seems to play Giulia’s father, Erich, in just about every available language except Japanese. As well as being supported by some excellent incidental music and suitably creepy effects to jar your surround speakers into life, Martha is Dead definitely benefits from an excellent soundtrack including authentic Italian music of the era and hauntingly reworked versions of classic songs such as Bella Ciao and Ave Maria.

Although you can’t really die in the game, we did encounter a few technical glitches which killed us in our tracks, mostly where the game just failed to load the next sequence. Thankfully, there’s a generous auto-save function in place, though, so you’ll never lose more than a few minutes of worthwhile action (with several auto-save slots making it easy to replay old chapters at will). Another minor complaint is the rather aggressive overuse of force feedback through the controller, so that’s something you might want to turn off in the settings menu.

Martha is Dead is almost a great game but one, that in our eyes at least, fails to appreciate what its best parts are. By focusing too much on the horror and force-feeding shocks into the gameplay, it comes at the cost of pacing and immersion into the wider exploration and the general piecing together of the horrible events that took place. It could come down to a personal preference (and we'd expect wildly varying reviews as a result), but the brutality and graphic nature often felt unnecessary, whereas the clues or backstory you might find hidden in a letter or discovered through a photograph could be just as impactful, if far less shocking.

With an excellent multi-layered narrative that digs deep into some profound issues, Martha is Dead still has a lot to offer, though. It would have been nice to have a larger or more diverse backdrop to explore and the limited game time is reflected in the £25 price tag, although there is some replay value, notably in one key quest choice and how your actions impact upon the closing scenes. However, while we’d hoped for greatness, Martha is Dead now feels more like a game to be experienced rather than enjoyed.