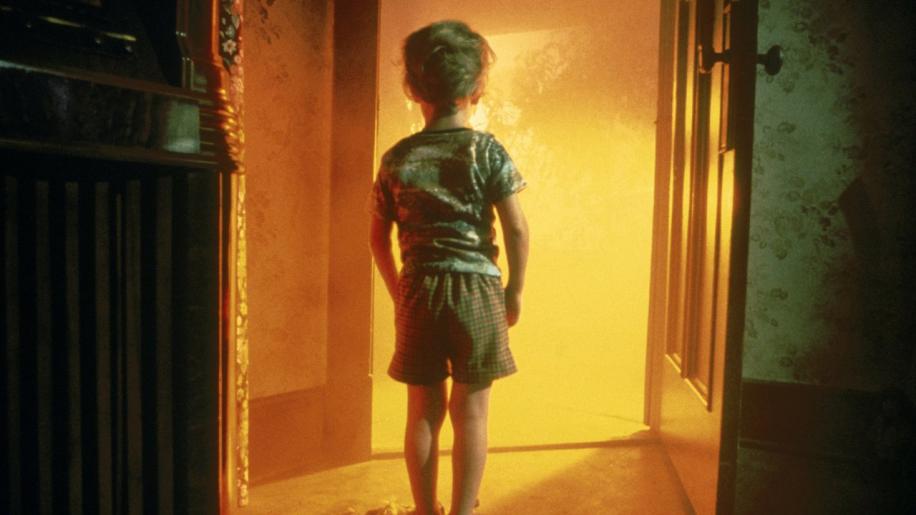 I’m not sold on this whole motion capture technology. I mean, if you’re going to fully record an artist’s actions and their voice only to replace the whole thing with a computer generated simulation ... why not just record the actions, in real time, in the first place? Because these simulations, even though they’re based on actual movement, just don’t look quite right. There is something vaguely alien, or zombified, about the actions and, more especially, the faces. Robert Zemeckis has been the major pioneer behind this technique with The Polar Express, Monster House, Beowulf and A Christmas Carol all using it and all, coincidentally, shot in 3D. But each and every one suffers from the same fatal flaw, with the exception of Monster House where the characters are stylised to adhere to a more ‘cartoonish’ nature, in that the characters have that ‘can’t quite put your finger on it’ strangeness that means that you can never really empathise as they are just outside normal. And we are very good at spotting what’s not normal when it comes to seeing ourselves – it’s why dummies, or robotic creations that resemble humankind always look fake and, in extreme cases, scary. So when we look at the characters in tonight’s feature, the Martians sit quite happily in the frame and look ‘normal’ as we have no association with them, but when it comes to the humans, we are immediately drawn out of their plight as they don’t look quite right. Indeed the effect has been studied in the field of robotics (and now 3D computer animation) and has brought about the hypothesis entitled the ‘uncanny valley’1 stating that “when human replicas look and act almost, but not perfectly, like actual human beings, it causes a response of revulsion among human observers. In extreme cases, of course, most settle for a feeling of unease and the knowledge that something is just not right. And yet, the full motion capture technology continues to be utilised in the creation of motion pictures.

Tonight’s feature is based on Berkeley Breathed’s children’s book of the same name and tells the story of Milo, whose mother is kidnapped by Martians who need her ‘mommy-ness’ to program the nannybots (robots that care for the young) and his attempt at rescuing her. There is a lot more going on of course; rebellion, of both (Martian) society and those of the young, as well as coming of age, independence, reliance and love to name but a few. These themes are layered so heavily into the subtext, and to such a degree, that the main narrative thrust is constantly in danger of being overthrown, therefore the story, that attempts blending family adventure and moralistic overtones, fails to ignite either idea passionately enough for the audience to empathise with. And when coupled with an animation style that is very close but not quite natural it is very difficult to suspend the disbelief needed to become fully immersed in the story.

The Martians select their kidnapped moms on very specific criteria – if they are able to control their child, and Milo’s mother is selected due to her being able to get him to take out the refuse sack, even though this is not a smooth operation and involves much cajoling and the occasional sterner measure. Mom (the character is given no name) is a typical mother in that all she really wants is a little respect and help, so when it comes to eating broccoli and Milo opts to feed the cat (do cat’s actually eat broccoli?) thus disobeying his mother instruction and is found out, the resultant punishment has him feeling so aggrieved that he ‘wishes he doesn’t have a mother’, a statement that not only breaks her heart and reduces her to tears but serves to set up further heartache and longing, plus added guilt, when the Martians put their plan into operation, and Milo’s wish comes horribly true. Thankfully the makers excised a scene actually showing the kidnap, because even what’s left, all light and a pod moving away in the distance with Milo, utterly distraught, running after her, is incredibly distressing, and must be awful for the younger audience, at which this film is aimed, to endure. It is, in part, the impact of this scene which leads to this films downfall – we are dealing with the kidnap of a child’s mother and this is filmed in such a way as to be distressing – because it would be devastating to a child – thus we witness Milo, already in terrible guilt and remorse for his hot-headed and hurtful remark to his mother, in fits of blind panic as he realises what’s happening and his frantic attempts at catching the perpetrators prove to be futile. And this is supposed to be a kid’s adventure movie. Don’t forget it's native 3D and the style of animation mimics real life and movement – essentially we are witness to what is tantamount to the worst nightmare a child can possibly imagine; the loss of their mother – in front of them. And where do we go from this shocking scene – to comedy as Milo is caught in the retractable landing gear and placed into holding as the craft takes off, leaves Earth’s atmosphere and jumps to Mars. Talk about mixed signals!

Once on Mars we are introduced to their dystopian civilisation that reveres segregation, order and total submission to the Supervisor. It seems Martian children spring to life out of the ground (great, none of that yucky sex stuff to explain) every twenty five years and are then separated into male and female; the males are banished underground, while the females run the ordered society and are complicit in the kidnap (and eventual murder) of Earth mothers whose mothering skills, such as discipline and negotiation, are deemed worthy enough to bring up the young ones. As with every dystopian society, there is always a breakaway group who has seen the ‘light’, or in this case ‘colour’, and rebels against it; on the Martian side it’s a character called Ki. Ki has learned English from studying early sixties Earth TV and thus has a very ‘cool’ vocabulary and her acts of vandalism (colourful graffiti) are seen as a way to open the greater public’s eyes to the beauty that is around them. Particularly when it is revealed that the Martian lifestyle has been perverted from the Earth style of parents raising their children.

Also on Mars we are introduced to Milo’s eyes, ears and confident in the guise of Gribble – himself with the exact same story, just with a rather dark outcome, as he was unable to save his kidnapped mother, and thus sees himself and Milo as brothers, of sorts, and initially uses cunning and trickery to try to win Milo over to stay as his ‘best friend’. Things, like nature, rarely work out as intended, and when Gribble's plan falls apart, he, Milo and Ki are forced to flee the citadel and therefore make the remarkable discovery of how life used to be on Mars before the rise of the Supervisor, whose motivation stems from a dislike of ‘hairy males, dancing all day long’. The Supervisor herself is a distinctly nasty piece of work, vicious, spiteful and mean, willing to kill anyone that does not fit her style of order – and this is a kid’s adventure movie people!

However, we’re not done yet, in order to quell the male uprising, the Supervisor goes after Milo’s mother with a gun, but due to Milo’s timely intervention misses, though his subsequent fall shatters his glass helmet. We are now witness to another gut wrenching scene; as Milo gasps for air that is not there, his mother places her own helmet over his head and breaks the release catch so that he cannot remove it. The symbolism is that of a mother, with her unending love, will sacrifice herself for her child and this single selfless act overturns the whole of the Martian society and ends the reign of terror headed up by the Supervisor. What we see though, is Milo’s utter torment and total horror as his mother suffocates in front of his eyes. Music, lighting and performance lead you to believe that mom dies in what is a terribly traumatic scene – are we still in a kid’s adventure film? Well we must be since Gribble calls upon his hitherto unseen resolve and gumption to save the day – but maybe it’s too little too late? Not for the character, the film, I mean.

Honestly, the idea behind the film is quite laudable, in its simplest form “be careful what you wish for” would easily sum it up – but it’s execution leaves a lot to be desired – nothing is left to the imagination, it's filmed in a realistic fashion and all to provoke an emotional response from the audience – well it does, just not the one Disney (oh did you not know, this is a Disney film, you know, the studio that is known for all things family orientated) were aiming for. Whilst the subject matter has been dealt with in many films previously, never before has it been so wrongly dramatised in such an incredibly dark approach. So when you add up the zombified characters, the intense guilt and horrific story narrative scenes, you are left with a ‘kid’s adventure film’ that left me very cold indeed. I could further expound upon the characterisation given to these CG renditions, how the motion capture simulates real movement, how the freedom allows the actors to give a very natural performance that comes through the animation, list the individual actors and give their respective merits, but when the story elements are so dark and low, no matter how real it looks or how well it is acted, nothing is going to save the narrative.

Mars Needs Moms should be watched with caution; it may have Disney’s trademark sap all over it (including ‘toy friendly side characters’), but with such a dark story telling narrative and hideously out of place emotional scenes for what the film purports to be, I really think the producers have dropped the ball and made a film that fails to engage or be even remotely entertaining. I simply cannot recommend it.