March Of The Penguins DVD Review 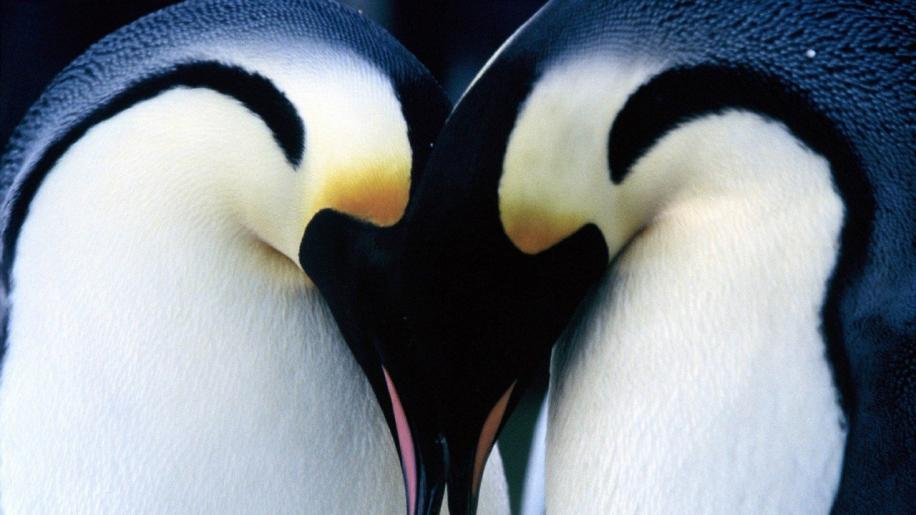 Despite an anamorphic transfer, the picture quality is rather poor. Underwater scenes in particular are problematic with fine detail revealing herringbone noise waving across the picture. Colour is nearly a monochromatic pallet of whites and blues with only the red/orange cheeks of the penguins offering any relief. Still, what colour there is has been produced with an accurate (as far as I can tell - I haven't been to Antarctica before!) level of saturation. There is more than an average amount of general noise, too, especially some of the night scenes. Saying that, I would question whether a good picture is possible at all in the Antarctic wastelands and applaud the results gained from the filmmakers. Functional, rather than bombastic, the sound in March of the Penguins is totally fine. A 5.1 mix may be on offer, but I feel that the sound would be just as good with a 2 channel mix. The penguin's cry sound clear enough and the icy wind sounds as ferocious as it looks. Freemans voice is a bit subdued, though, especially compared to his narrations for War of the Worlds. One thing, though: The menu screen has an orchestrated version of the main score, rather than a looping sample. Of Penguins and Men is a Making of... with a bit more bite than usual. Some of the answers that I was searching for from the main feature are filled in with this extra. Of Penguins and Men is nearly as absorbing as the movie due to the inordinate personal investment that the French scientists made to get this movie made. Startilingly low temperatures and whiteout conditions nearly killed the filmmakers at one point re-enforcing their determination to make their movie no matter the personal cost. Despite their serious frostbite and other injuries, the two scientists return to the colony, one of over forty in Antarctica, to finish their work. Of Penguins and Men's picture quality, if anything, is better than the main feature having less noise and still presented in an widescreen format, albeit a rather odd 1.55:1 ratio.

The national geographic Crittercam extra seems unbelievably brash compared to March of the Penguins. Flashy crash zooms, CGI pseudo-technical overlays and an overly enthusiastic American narrator I was expecting to shout “Extreeeeme penguins!!!” or some such nonsense do not help an otherwise serious topic.

As I mentioned in the main review, Antarctica is a clear example of how delicately nature balances her creatures in their environments. Mankind, as most people are aware, is changing the climate of the earth far faster than nature would like. Therefore, creatures whose environments that are balanced on a knife edge, like the emperor penguin, are in danger of being wiped out. What was smooth ice is now an impenetrable mountain range because icebergs, one the size of Cyprus, move and churn the ice as they go. Crittercam's main message is to clarify what damage we are doing to earth's last untouched wilderness and so the rest of the world. As far as important messages go, this is one of the biggest out there.

Crittercam is a great companion to March of the Penguins. Where the main feature concentrates on the migratory aspect of the emperor penguins, Crittercam reveals more about the dangers of foraging for food, hunting techniques, in fact, all of the things glossed over from the main movie. The crittercam itself is used to prove how penguins hunt, something that makes them seem more birdlike than ever. So, while technology seems sound and the information salient, I just wish that there was less MTV style glitter around this particular extra. March of the Penguins is a documentary that simultaneously provides remarkable insight into the life of the emperor penguin while exploring the wider spectacle of Nature itself. That it does so with smooth aplomb and without a hint of lecture is to be applauded. For once the extras are a perfect match, too, filling in the blanks of the main feature. March of the Penguins may not be an all out action blockbuster, but should still be a part of your collection, nonetheless