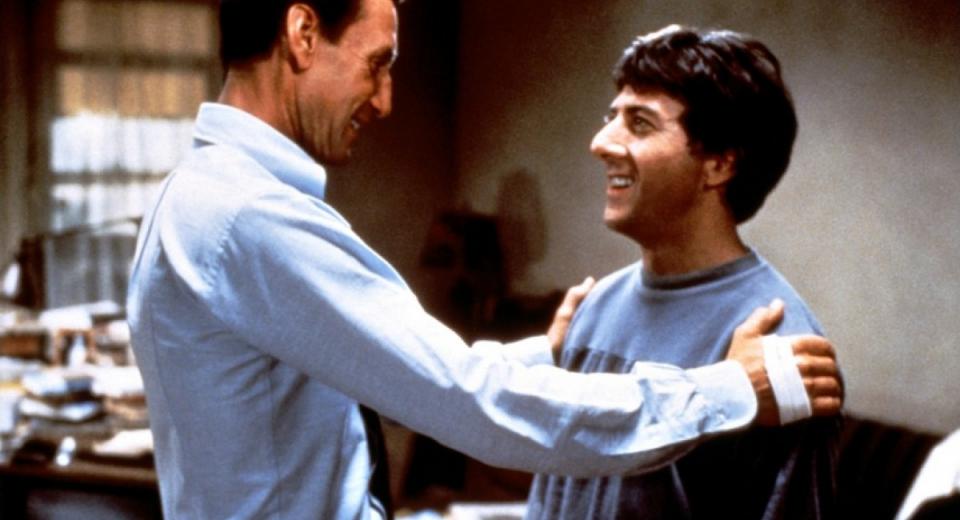 The disc presents a widescreen 1.78:1 1080p Region free transfer using the AVC MPEG4 codec. The aspect is slightly smaller than the 1.85:1 theatrical release and it is achieved by zooming the picture, rather than cropping it, notice the letterboxing on all four sides during the end credits, which makes the transfer softer than it could be had it been taken direct from a negative source. This has a direct impact on the detail of the image, which whilst on the surface is pretty good, is a long way from what you might expect as a sharp picture. Skin still has a decent texture, clothing has a soft weave, backgrounds maintain decent edges throughout, but the whole thing looks ‘thick’ and without finesse; it’s lacking the finite clarity of the best pictures.

Colours are well represented, the palette itself is somewhat drab, though this is normal for cinematography in the seventies, but all the primaries are well represented – whilst you cannot say they are bold and vibrant, they are certainly not lacking in depth and are clean with good gradation.

Contrast and brightness are set well enough to give some very sombre greys that do make it to the black occasionally, though this is a dark film, there are intended areas of near total black which means a good viewing environment will get the best out of this transfer as when it gets very dark it can, in places, become very murky indeed, shadow detail is masked occasionally and crush is evident in places. On the other end of the scale whites are never clipped and there is also no detail loss from blooming.

Digitally there was the briefest hint of edge enhancement though jaggies and posterization were not discernible. The original print is in pretty good shape with no real damage to note, grain was kept to a minimum but has not been washed away with DNR leading to a decent enough finish. The whole thing looks like it is a film from the seventies (which, obviously it is) but when you consider how great Jaws looks, this one is in clear need of some attention, even if it is to sort the aspect out. The English dts-HD Master Audio 5.1 track is that in name only as the surrounds barely register at all, though that does not distract from what is a decently wide and separated track. Dialogue comes across well, is clear and understandable. Effects are limited but there is a little separation and ambience when the action is on the streets, Szell walking through the crowded diamond merchants, or the early car chase for example. Bass is limited but passable, LF effects themselves are very rare, the tanker explosion and pram bomb being the main uses, though the sub is used to fill out the lower end of the score which comes across with suitable gusto. The high end is slightly lacking leading to a somewhat ‘thicker’ sound than is normal, but it’s not that distracting and easy to get used too. That is unless you put on something reference straight afterwards (Wreck it Ralph, for example) when the gulf between such tracks is enormous – yes I know it’s not a fair comparison. On the whole it’s more of a functional track than one filled with bombast and effects. Marathon Man is an ‘old school’ film. It takes its time to introduce the characters and situations, using what, at first, seems to be unconnected events, that, once unfolded, start to knit together to form a cohesive whole. With twists, turns, betrayals, murder, intrigue, theft and redemption, there is pretty much everything you need for a modern day thriller – only it’s told with the deliberate pacing that only a film from the seventies can muster. The fact that it contains two of the best actors of their generations giving one of the best performances of their respective careers is a bonus, the film is tense and shocking, as well as passionate and deliberate. The torture scene is more harrowing than anything the ‘torture porn’ genre can ever muster, by simply showing so little. The fact that it has won and continues to win so many fans is a testament to its longevity.

As a Region Free Blu-ray Paramount has produce a somewhat lacklustre package. The picture is an improvement over any previous home video format but it is still lacking the care and attention that it deserves, a decent clean-up and a sort out of the aspect ratio are sorely needed. While the sound is upgraded to a reasonably good dts-HD MD 5.1 track it remains more functional than bombastic, much to the film's advantage, I should add. The lack of extras is a disappointment for a film so highly regarded as this.