Man of the House Movie Review 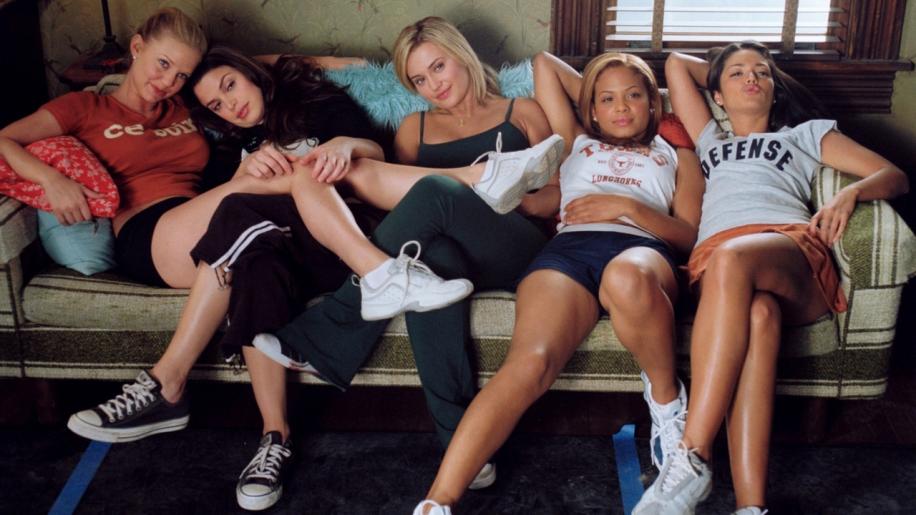 Oscar winner, Tommy Lee Jones is easily one of the finest actors of his generation. Known mainly for dramatic roles, he has dabbled in comedy, witness his brilliant turns opposite Will Smith in both Men in Black's. You could also argue he gave one of the best voice-overs in any film playing action figure Chip Hazard in Joe Dante's grossly under-rated Small Soldiers. Jones is however best known for dramatic and action roles such as his Oscar winning turn in The Fugitive and JFK. It's nice to see him returning to comedy with Man of the House, but is it funny?

Texas Ranger, Roland Sharp is the best in the business. Whilst tracking down a witness for a major criminal court case, his partner is shot and the witness (Curtis Armstrong from Revenge of the Nerds) brutally murdered. The only witnesses to the murder are five cheerleaders. These cheerleaders are easily your stereotypical cheerleader. They are vain, dippy and totally unaware that they are in serious trouble. One scene involves them looking at mug books and Sharp's boss (The immortal R. Lee Ermey from Full Metal Jacket) declaring he knows the 'hottie factor' of every ex-con in the Western States. Sharp realises he must go undercover to protect the girls and therefore moves into their Frat house on University campus.

All the girls instantly take a dislike to Sharp and his strict ways. He restricts them from parading around in their underwear in the house and won't let them go out unless escorted by him or his two Ranger colleagues camped across the street. During a running joke throughout the film, Jones is hero worshipped by a Pizza Delivery man who thinks the aged Jones is shacked up with five sexy cheerleaders. One of the girls, Barb develops a crush on Sharp as he accompanies her to lessons. Her English professor (Anne Archer) takes a fancy to Sharp and he invites her to dinner. Seeing that Sharp has been married to his job for years he is somewhat unschooled in the dating game. Borrowing some radio equipment, the girls guide Sharp through the dinner date.

Although extremely predictable, Man of the House features a terrific almost straight performance from Jones. He really seems to be enjoying himself in the proceedings and who wouldn't be when you act along side the likes of Christina Milian, Monica Keena and Paula Garces. Pleasing supporting turns come from Archer and Cedric (Barbershop) The Entertainer as an ex-con, who is now a funky minister. As mentioned above, the script is predictable but with some good solid direction from Stephen (Bill and Ted's Excellent Adventure) Herek, you have an entertaining 100 minutes.