Man Of The House DVD Review 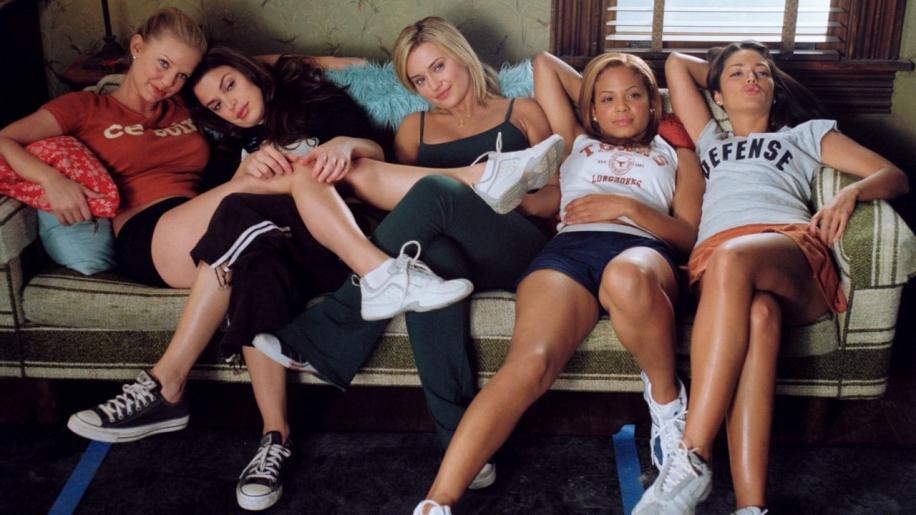 Sony have blessed us with a widescreen anamorphic transfer which is of a good standard. The film starts with a full-on action sequence, which is shot mainly in the dark. The Blacks in these scenes are deep and free of any artefacts. The film features equal amounts of day and night scenes. All are encoded well onto the disc especially the colourful cheerleading scenes on the football field. There are no signs of print damage seeing that the film was only released in America at the start of the year, you would expect this. Considering the fact, Sony have wasted their time putting a pointless full screen transfer on the disc as well, the picture remains clear and stable throughout the film. Why bother with a full screen print, Sony? There is no point.

As I said above, the film starts with a nice action sequence with effects and music flying around all audio channels. Dialogue as normal comes mainly from the centre channel and is clear. Man of the House features some great tunes and these are generously mixed into the 5.1 soundtrack. This sounds great when turning it up a couple of extra levels on your system. Apart from that, there is really not much to say, a typical 5.1 Dolby Digital soundtrack which every now and then springs into life.

Sony has provided us with some trailers of other releases including Guess Who and Hitch. Also is the trailer of Rob Cohen's new action film staring Jamie Foxx and Jessica Biel called Stealth. This actually looks quite entertaining, but there does seem an awful lot of CGI on display.

Cheer Camp is a brief (almost five minute) featurette of how the stars of the film prepared for the cheerleading scenes. The girls themselves are briefly interviewed and we get to see some footage of them being school in the ancient art of cheerleading.

Again, the 'making of' featurrette is very brief (9 minutes) and is similar in style to the Cheer Camp featurette. All the principal cast and crew are interviewed and we see some behind the scenes footage. That really is about it. Not the most exhaustive or detailed set of extras, but at least Sony bothered to include some extras on this release. Some of their others (Submerged) have none apart from trailers.

Man of the House is a good solid comedy, nothing particularly original but no way a waste of time like so many other 'comedies'. Well worth a purchase if you are a fan of movies such as “Bring It On”, otherwise it may be just worth a rental. It's up to you, I certainly didn't think it was a waste of time.