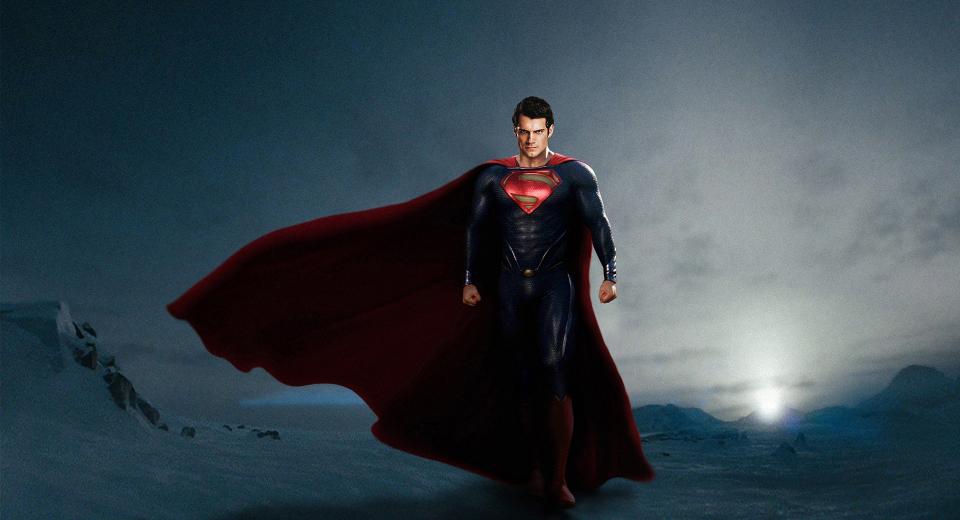 Is this the Superman movie that we have been waiting for? Is this another abortive remake in the vein of Superman Returns? Well, the short answer to both questions is basically... not quite.

I didn't mind Superman Returns. Sure, its final third was overblown and excessive, and it found difficulty juggling an overpowering love story with the return of such an iconic superhero, but it was far from bad. At least they got Clark right. Besides, Superman has always been a difficult character to adapt - perhaps one of the hardest superheroes to get a handle on - but, in a world where just about any and every comic book entity can find its place in Hollywood, it’s a wonder that they still haven't quite figured this all-important one out.

There are stories that would work - All-Star Superman, which told an ostensibly tragic tale of Superman dealing with an illness which would, eventually, see him go supernova and die, was a particularly emotional voyage which paid tribute to characters old and new, and pitched Superman in a very modern, relevant light, whilst leaving room for one of the hardest things to achieve in a Superman movie: vulnerability.

However, after years of wrangling, the Studios eventually settled on a pitch from the production team on the Dark Knight Trilogy – director Chris Nolan (Inception) producing a script by David S. Goyer (Blade) – with Zack Snyder (300, Sucker Punch, Watchmen) chosen to direct. The story was supposed to reboot Superman once again, and once and for all.

“You will give the people an ideal to strive towards. They will race behind you, they will stumble, they will fall. But in time, they will join you in the sun. In time, you will help them accomplish wonders.”

Struggling to find his place on Earth, Clark Kent travels the globe looking for direction. He knows that he is different; that he was borne of another world and raised by human parents, but he does not know what to do with his abilities. Looking for remnants of his destroyed home planet – Krypton – Clark manages to reconnect with a shell of his father, Jor-El, but unwittingly draws attention from another Kryptonian survivor; the military leader, General Zod, who is looking for a suitable planet to terraform into a new Krypton. Is mankind ready for a super-powered man from another world? And will they be able to distinguish between him and the super-powered alien Army intent on their destruction?

Man of Steel is a Superman movie of three distinct parts. At almost two-and-a-half hours in length, its size is not, in itself, an issue – the content, on the other hand, becomes more questionable as the minutes tick by. The spectacular, Krypton-based first part is an extended, hitherto underdeveloped, look at the events on this other world prior to the dispatching of baby Kal-El to Earth. It’s fantastic. Russell Crowe nails the role of Jor-El, imbuing Superman’s father with the kind of power and presence that was a pre-requisite for the role, but also giving him a certain noble humanity that Crowe always seems to bring to his characters. The confrontation between Crowe’s Jor-El and General Zod has more impact than any of the CG frivolities towards the latter end of the feature. But, we’re getting ahead of ourselves.

The middle part is also extremely well done. Surprisingly so, given Zack Snyder’s predisposition towards heavy comic book stylisation, here he goes for a far more gritty, faux-grain look and the second act sees Clark Kent searching for his true identity, and mostly delivers excellent little character-driven flashbacks to Ma and Pa Kent (Diane Lane and Kevin Costner) trying their best to bring up Clark, as his burgeoning super powers start to interfere with a ‘normal’ life. Costner was, for me, the best part of the movie. My only wish would have been that they have more from him as he was woefully underused; that moment of fateful tragedy was staggeringly powerful, considering the general emotional weight of the rest of the film (i.e. little to none).

Zod’s invasion, however, is pure CG spectacle. And not in a good way. We’ve seen it all before, you see, in Avengers; in Transformers: Dark Side of the Moon – giant insect-like crafts entering the atmosphere and proceeding to level cities? After an hour of pure effects, it gets a little tedious, doesn’t it? Clearly they wanted to top Avengers for city-destroying mayhem, but, in the process, the filmmakers here appear to have forgotten the slow-burning effort that went into Avengers – the characters that had been forged across half a dozen movies just to get to that ground-pounding stage of city-wide destruction. For Man of Steel it was just too soon. And rather than the super-powered confrontations between Supes himself and his arch-enemy, General Zod, being epic, they instead come across a little bit more like the overblown, overlong fight between Neo and Agent Smith in the second Matrix sequel – i.e. you knew neither of them could really get hurt, so seeing them pound each other through building after building gets tiresome pretty fast.

Michael Shannon makes for a suitably unhinged, psychotic Zod – he’s notorious for these kinds of characters (Boardwalk Empire, Premium Rush) – but even he drifts into shouty caricature occasionally, and the repetitive shouting is particularly silly. And Henry Cavill (Immortals)? He’s not a bad Superman at all, but he never really finds his footing as Clark, which also leaves a suitably feisty Amy Adams as Lois Lane out in the cold when it comes to shared chemistry. To be honest, there’s never been a huge amount to Superman in terms of character weight, and Cavill certainly doesn’t prove otherwise here.

This is still a summer blockbuster (if you can call it summer with this kind of weather). It should still be seen on the big screen. And it still has some great moments. But it’s not much more than the Trailers have already shown – not just in content, but in style. It’s got plenty of bitty character-beats across the first two thirds (the pacing is all over the shop – this thing is definitely for the ADD generation because it simply never lets up; you could probably use any 2 minutes from the film as a trailer – every single line seems like a soundbite; every flashback seems to be the length of a trailer snippet, and no longer) and then plenty of CG action at the end. In that way it certainly follows the model that they used for the Marvel re-reboot – the Incredible Hulk – only the action climax at the end goes on for an hour and twenty minutes rather than just twenty minutes.

“You're not just anyone. One day, you're going to have to make a choice. You have to decide what kind of man you want to grow up to be. Whoever that man is, good character or bad, it's going to change the world.”

Perhaps Nolan’s Dark Knight Trilogy has left fans expecting more, but revisiting Christopher Reeves’ original Superman movies over the weekend has only reinforced the fact that the Man of Steel needs more than just wanton CG destruction to make its mark. I'm glad they removed the camp silliness of the old Superman features, but why replace it with CG tentacles and tedious CG fisticuffs? Perhaps with the already-greenlit sequel they may be able to go places – the brains-over-brawn Lex Luthor has always been the most reliable villain – but, unfortunately, it will be hard to resist the Studio-demanded urge to go bigger for the next entry. And this character doesn’t need bigger, he needs better.

Unfortunately, not really 'Super'-anything. Perhaps 'Solid'; 'Seven out of Ten'; 'Starts off promisingly but eventually devolves into banal CG action'.

Certainly Man of Steel does a fair job at providing us with a fresh retcon of the franchise, as well as occasionally moving, occasionally spectacular Summer blockbuster thrills, but, on the whole, it does not deliver a truly memorable - truly defining - interpretation of Superman.

Worth seeing for the good bits - mainly the supporting cast - and because they've already greenlit a sequel: you're going to have to watch this at some point if you want to keep up with the DC Justice League rollercoaster, however much it is not on track to be anywhere near as good as Avengers.