From Maleficent's rape-revenge to Mistress of Evil's war on terror 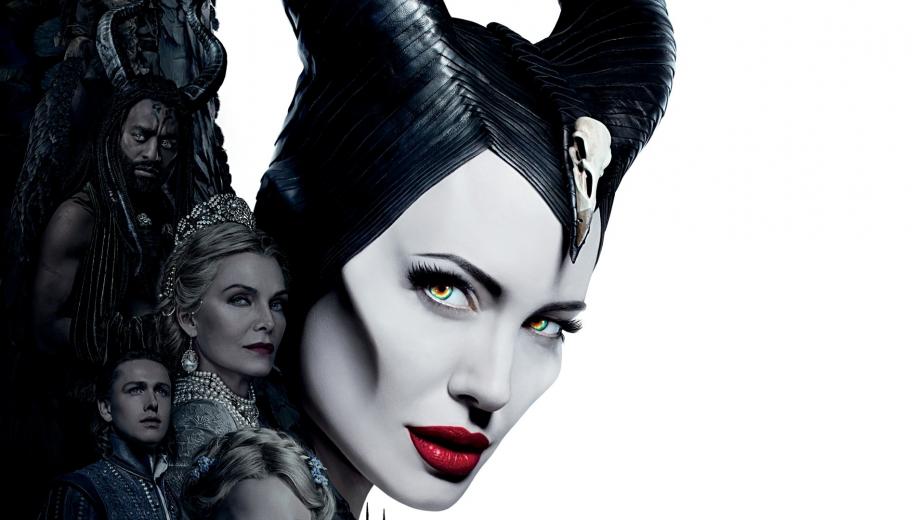 Whilst an unexpected but pleasant surprise to have Angelina Jolie's Maleficent back, Mistress of Evil loses a little bit of its dark magic as it muddles a promising premise.

2013's Maleficent prove just how much meat you could get off the bare bones of the tale of Sleeping Beauty and her ostensible nemesis, the dark witch, Maleficent; repositioning the now so-called Mistress of Evil as the veritable protagonist of the tale was a stroke of daring genius, even more so when you consider that the basic plot structure for her anti-hero character was that of rape-revenge. It was cathartic, and surprisingly powerful, driven by a fearless performance from Angelina Jolie, making up for the somewhat lacklustre presence of the fairy tale's ostensible heroine, Elle Fanning's Aurora.

Six long years later and we get a sequel that nobody really expected, with a plot that sees Aurora's potential future step-mom essentially orchestrating a scheme to push Maleficent back into being the villain everybody assumes she should be - by framing her - as well as trigger a war between the humans and non-humans who live in the Moor. Mistress of Evil has some nice war/terrorist analogies to play with, and a few inspired moments - and it's always a joy to see Jolie back, front and centre - but it goes wayward with an arguably unnecessary subplot that sucks up too much runtime and convolutes a story that could have otherwise been blissfully straightforward.

Despite palpable shortcomings - and the lack of a thematically defining score doesn't help either, with James Newton Howard sorely missed - there's still much to enjoy here, mostly thanks to Jolie, who is still utterly stunning, particularly when she literally lets her hair down. Terrorism moments work, and battle sequences feel pretty epic (even if strangely inconsequential). Pfeiffer is on form - perhaps a little too one-note in her villainy, but still a joy to watch going toe-to-toe with Jolie, and the two remind you of the long road Fanning has ahead before she can even begin to think about joining the Big League. If they wanted to come up with a sequel for a film which nobody was really asking for a sequel to, they should have really nailed something spectacular, but entertaining is enough. And Jolie? More than enough.

Blessed with an impressive scale and stylisation - notwithstanding a couple of odd costume choices for Jolie at the outset - there's a very rich palette on offer here, affording excellent textures and fine object detail right down to the pore. The whole universe is realised very well indeed, from the lavish costumes to the decadent castles and inner trappings, counterpointed with the more down-and-dirty winged rebels, with their war paint and pleasantly lifelike wings.

It may well be a 2K upscale, but this is another nuanced upgrade that distinguishes itself from its 1080p counterpart, albeit more overtly when it comes to the implementation of HDR and WCG, whipping up a storm on the colour front as it finds more depth and subtlety in the broader range of tones, as well as more range from peak whites to rich and inky blacks. Maleficent's home in the enchanted forest is popping with vivid greens, the evil Queen's nefarious experiments are suitably cast in a more sickly emerald, and the magical powers take on an almost luminous edge, all veritable highlights in a presentation that easily lands a demo rating.

With strong dialogue presentation at the forefront, coming across clearly and coherently throughout and disseminated largely across the frontal array, it's left to the score and effects to truly wow, and with no James Newton Howard around it's really all down to the effects, which thankfully whip up a veritable cornucopia of environmental deluges to sweep you up and around the piece. Surrounds get some superb action, dynamically delivered with that object-based focus, whilst LFE is never far from home, thrumming underfoot to give the audio weight. Sure, the score is generic as all hell, but at least it provides further fuel for the fire, rounding out an excellent track.

Whilst none of it gets ported over to the 4K disc itself, the accompanying Blu-ray contains a reasonable smattering of extras that is certainly better than nothing.

A reasonable smattering of extras

There are a few short Featurettes dipping into the backstory afforded to Maleficent, the VFX and the wedding sequence, as well as a couple of brief Deleted Scenes, some Outtakes and a Music Video.

Maleficent: Mistress of Evil﻿ is the sequel nobody really expected to a reimagining that actually improved the original story, coming up somewhat short when compared to its precursor - really the narrative needed to stay on-point and keep Maleficent in focus, and it was perhaps ill-advised to leave this in the hands of a first-time director, even with the mighty hand of Disney working hard in the background to keep everything on track - but still delivering a decent enough watch for fans of the characters. And, hell, it's always great to see Jolie, particularly embracing such a colourful and atypical role.

A very good package for fans to pick up