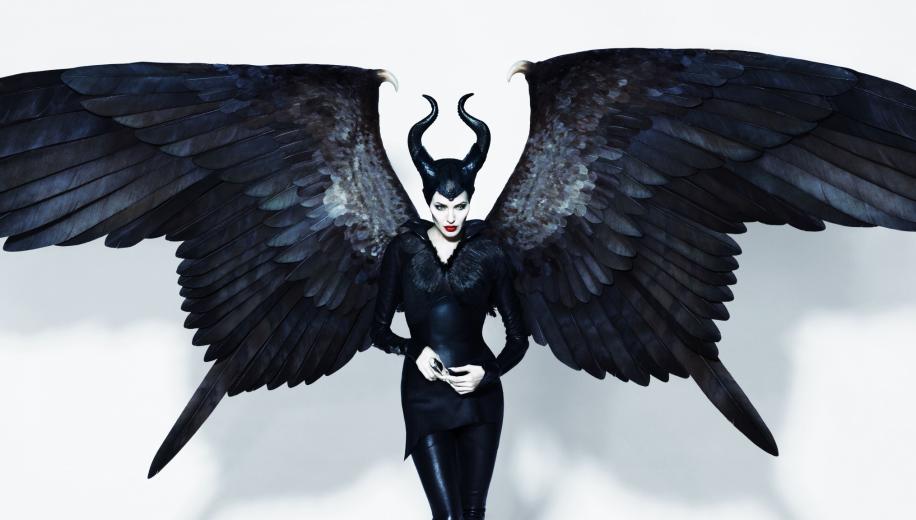 Taking one of the Disney universe’s most memorably evil villains and turning her into a surprisingly sympathetic anti-hero can’t have been an easy task, but the filmmakers here make it look like a very natural progression, shifting back in time to establish the events that created the fairy-gone-bad Maleficent, and explain what brought her to curse Sleeping Beauty in the first place.

Shifting perceptions allow insight into a portrait of pure tragedy, heartbreaking betrayal and dark justice; this alternative take reworks a traditional – but relatively simple – tale into a far more complex one, replete with more interesting characters, painted not in simple fairytale black and white, but imperceptibly gradated shades of grey.

This retro-fitting of a classic tale worked well with Wizard of Oz and the stage play Wicked (as well as Oz the Great and Powerful) and is just as inspired here, although the end result speaks as much to the presence of lead actress Angelina Jolie as it does to the clever plotting. Imbuing her lead character with a dark majesty; and bringing the trademark black headpiece and vampiric outfit to life as she casts her fiery emerald spells, she brings palpable weight and emotional heft to what is a thinly-veiled rape-revenge fantasy, and drives the entire piece.

Sharlto Copley only briefly feels out of place before his own character twists set in, whilst Elle Fanning makes for a perfectly acceptable Sleeping Beauty – although the two then-unknown actresses (Ella Purnell having since gone on to do Miss Peregrine's Home for Peculiar Children) who play the teen Maleficent are arguably considerably more impressive. It’s Jolie’s baby though – although credit should be given to first-time director Robert Stromberg; handed an untenably vast-scale property to deliver on his first time out of the gate, his experience working on Avatar certainly helped him deliver a monumental Box Office hit; one which is well worth giving a chance if you haven't done so already, particularly with a sequel - only Jolie's second (but for the Kung Fu Panda animated movies) in her entire career - just around the corner.


Maleficent makes its UK 4K Ultra HD Blu-ray debut not that long after its US 4K release, with an identical disc that does wonders within the ostensible confines of a 2K Digital Intermediate, whipping up an HDR storm with the vibrant palette on offer.


HDR and WCG do the heavy lifting

The format affords a light uptick in fine detail, clarity and texture, which affects everything from Maleficent's trademark horns and wings, to the Catwoman leather black of her outfit, to the wonderful mystical land she lives in, replete with giant tree-warriors and other fabulous creatures (sure the CG wavers a smidge, but it's largely still impressive). The king's armour is suitably Excalibur in style, with the Kryptonite-metal gifted a visceral, weathered look that's welcome in an ostensible kid's property, and there are plenty of close-ups across the piece where you can see added detail more clearly. Softness is only there when intended to afford the piece a more classical fairytale look, and the digitally shot production looks unsurprisingly clean throughout.

HDR and WCG, of course, do the heavy lifting, gifting Maleficent what sometimes feels like a fresh coat of paint to make the myriad tones on offer all the more vibrant - not least her trademark Matrix green sorcery, which has a gorgeous depth and luminescence to it that positively pops now on the screen. The darker, snowy, quintessentially Grimm's fairytale-esque scenes have a wonderful tone to them, with black levels enhanced, no signs of crush, and a strong range from the inky depths to the peak whites. It's a nice little upgrade, giving an already impressive SDR Blu-ray presentation an extra edge in HDR 4K.

Maleficent already had a pretty special DTS-HD Master Audio 7.1 track on its Blu-ray release, which was demo in its own right, and it earns something of an upgrade here, notwithstanding Disney's slightly lower-mastered tendencies which require a little volume tweaking.


The audio earns something of an upgrade here

It was already an equal-parts stomping, rousing, well-nuanced, subtle, and all-engulfing track in its previous guise, and whilst this isn't demo Atmos territory, it still benefits from plenty of dynamic range, some decent surround action and directionality, keen promotion of the voiceover distinct from the dialogue, and plenty of fury during the key setpieces. The score underpins the feature with some measure of emotional weight, LFE thrums appropriately, and when the trees battle the army, or the dragon arrives? Well, you get suitably lost in the whole affair.

Nothing on the UHD, with just the old, limited set of Featurettes and Deleted Scenes on the Blu-ray


Maleficent is easily the best of the live action Disney adaptations (even this year's surprisingly entertaining Aladdin), benefiting from a look behind the curtain at the villain of the piece, retro-fitting a backstory that actually makes the original classic Disney tale feel positively simple and eminently two-dimensional by comparison.


Worth giving a chance if you haven't done so already, particularly with a sequel just around the corner.

Maleficent's UK 4K Ultra HD Blu-ray disc affords impressive 4K video, a strong Atmos track, and all the same (limited) extras as before, leaving it a release that's well worth investigating for fans of the film - or those interested in seeing Disney do something a little different.