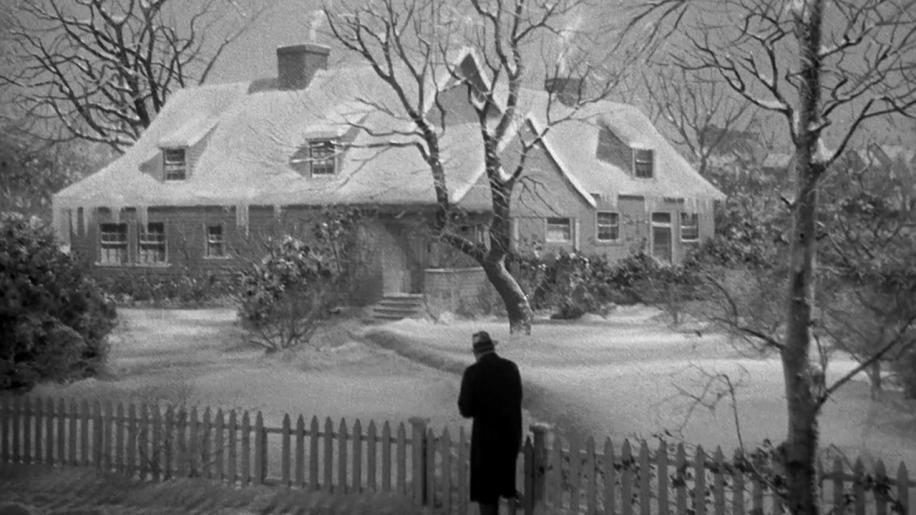 As the weeks go by, so Blu-ray continues to press its claim as the format of choice for film buffs. In the early years, it was a valid criticism that the only market that Blu-ray was aimed at was the young teenage market who craved the latest digital blockbusters. But as this site has shown over the last year or so, more and more classics are starting to make their way to the format. Labels such as Eureka, with their Masters of Cinema series, and others are really beginning to use HD disc to bring titles that would have been unheard of previously. Such a disc has recently landed on my door step – the 1937 film “Make Way For Tomorrow”.

The film was directed by Leo McCarey – a filmmaker who was primarily known for comedies. He was one of the most successful directors of the time, known as the man who put together a couple of little known comedians called Stan Laurel and Oliver Hardy. He also directed the Marx Brothers, Bing Crosby and Cary Grant. However, when he was asked what his greatest accomplishment in cinema was, he always described “Make Way For Tomorrow” as his finest film.

For a director who made his name in comedy, McCarey shows a remarkable talent for pathos and drama. “Make Way For Tomorrow” is based on a novel of the time, and is set during the Great Depression in America. It tells the story of Barkley and Lucy Cooper (Victor Moore and Beulah Bondi), a couple who have been each other’s rock for 50 years of marriage. As the film opens, their children have gathered at their house to be given some terrible news. The bank has foreclosed on their house and they have been given six months to leave. The unfortunate thing is, the six months warning had been given five and a half months ago. They were too ashamed to tell their children before. Times are tough for all, and after a long discussion it becomes clear that none of the children have the space to put both their parents up simultaneously. The result of this is that the couple have to be split up – Bark going off to live with one branch of the family, and Lucy with the other.

But things do not go well for either. Bark is living with his daughter Cora and struggles to find a sympathetic ear, whilst Lucy has gone to live with son George in New York. The two decline in different ways. Lucy starts to feel that she is getting in the way of people much younger than her, whereas Bark’s health starts to suffer. Eventually, it is decided that Bark cannot cope with the harsh Eastern winters any more and is dispatched off to stay with another branch of the family in California. Meanwhile Lucy makes a devastating decision about her future and a last day together is arranged for the couple to relieve their life.

I’ll be honest. Films of this vintage do not usually feature on my radar but this is an absolute gem. The accompanying PR material says that the film is “one of the most anticipated and requested lost masterpieces in the history of film”. I cannot comment on whether it has been available before or not – but if it hasn’t been then it really is a travesty. From beginning to end, the film delivers emotional sucker punch after punch – dealing with a central theme that I cannot recall ever having been addressed on screen before.

One of the main reasons for this is the astonishing performances that form the heart of the film. Apparently Moore and Bondi were well respected character actors who were made up beyond their years to portray their roles – but this is never obvious from their performances. Everything from the way that they move, to the way that they interact is utterly convincing and really helps sell the emotional core of the film. If the performances were too over the top, then the film could easily become too melodramatic and hard to take – but the two actors know just how far to push the emotional buttons. They have an amazing chemistry and it is never anything less than believable that these two have spent 50 years together. The director realises what he has got with the two, and really allows them to get their teeth into their roles, and knows just how much time to give a particular scene. One notable scene has Lucy talking to Bark on the phone, being listened to by her bridge companions. Many directors would have shown both sides of the conversation, but here just Lucy is shown – and the conversation is heart breaking. The dialogue is superbly written, again knowing just what to say to tug the heart strings without going over the top .

The real strength of the movie is that by focussing on two people so intimately, the effects of the depression are more keenly felt by the viewer. I had studied the Depression briefly in school but had forgotten most of it. Watching the plight of Lucy and Barclay, made me look into the era in more detail, and what I read was really disturbing. To us cosseted viewers of today, it may be that the plight of the couple may seem a little fanciful. But the reality is that this film accurately portrays the way things would have been at the time, and for that reason it becomes even more moving.

What is particularly fascinating about this film is the tonal shift that it takes in the final act. From being based firmly in reality for the first two thirds of the film, the last third becomes almost fantasy like as the husband and wife get to spend their last day together. But this is swiftly counterpointed by a sad ending that apparently had the studio furious and trying to change. It is rare these days to get a film that stays so true to its story, even if the ending is bleak – but in 1937 it was almost unheard of and led to the film being incredibly unpopular. Life outside the cinema was bleak. Non-one wanted to be reminded of that when they went to the cinema, and for this reason the film flopped and is perhaps one of the reasons why the film went on to be virtually forgotten about. But the reality this is a film that may be routed in its time, but that tells a story that still resonates with us today. It is a film that is beautifully written, directed and performed – and anyone with the slightest interest in the history of film should be making an effort to check this out. But despite the fact that this is a part of the history of film does not make it any less relevant – and it is worthy of a place in any collection.