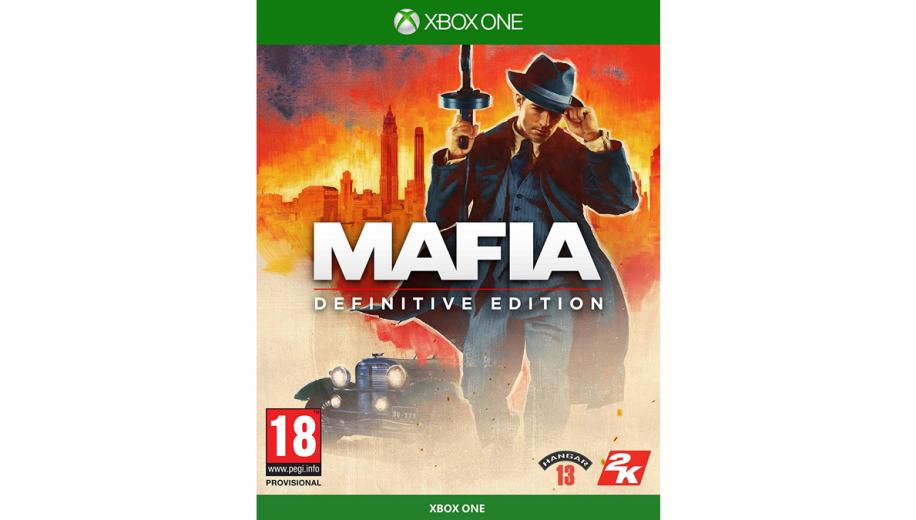 Released way back in 2002, the original Mafia was a classic of its genre. You took on the role of Tommy Angelo, a cab driver in the fictional city of Lost Heaven in 1930s America who gets drawn into the world of organised crime. Starting off with a few simple errands, you quickly rise up the ranks into becoming a full-on enforcer for the Salieri family in an ongoing feud with the rival Morello clan. And yes, violence is almost certainly the solution. Admittedly, the early console versions weren’t quite as polished as the more refined PC build, but it combined a great American 1930s backdrop to explore and wage war in – and that’s still very much the case here. A beautiful setting combined with some great audio also makes the extended (though often optional) driving sequences almost serene and a welcome contrast to the short but intense bursts of action at either end of the journey.

Violence is almost certainly the solution

Unlike recent remakes such as Destroy All Humans and Tony Hawks Pro Skater, Mafia: Definitive Edition is a complete rebuild. Though staying true to the original, everything has been remade from the ground-up (and completes the Mafia: DE trilogy – now on sale for £49.99). Effectively this has enabled the developer to incorporate an updated version of the Mafia III engine to optimise both the visuals and also to bring elements of the 2002 gameplay up to more modern standards. That said, there are still several 18-year-old limitations that don’t weigh up to what you’d expect in the current market.

Operating out of a central hub, the majority of this third-person action game is spent driving out to a location, killing a bunch of guys and then making your escape – often with enemies or the cops in hot pursuit, so you'll have to shake them off before heading back to base. It’s a pretty simple and familiar set-up and it hasn’t really changed too much from the original, although many sequences have been tweaked or extended this time around.

As mentioned, just driving around can be particularly enjoyable. The 40-odd cars don’t handle especially brilliantly, although the introduction of motorbikes is welcome. It’s more about the ambience of driving through this impressive cityscape while the radio plays tracks from the era or your buddies talk smack in the passenger seats. The majority of these can be skipped straight to the action, but we’d happily soak up the ride. For anyone with pained memories of the original: yes, that racing section is still there and, yes, it’s still not easy and you do still have to win it to continue the narrative. However, it does seem a bit easier this time and we comfortably beat it on the second try, although we have been playing a lot of F1 2020 lately…

Combat is fairly standard - again tethered by some 2002 restraints - but pretty slick, with a combination of pistols, shotguns and a tommy gun making up the core of your small arsenal. Similar to the likes of Red Dead Redemption, the game isn’t just about the gunplay but has a nice blend of short, intense bursts in the likes of a crowded restaurant to drawn-out pursuits through a rail yard. You’ll need to make good use of cover as it's easy to take damage and a measured approach, using flanking manoeuvres on the enemy before the half-decent AI does the same to you, is often the smart play. There are even some nicely set-up stealth options, enabling you to sneak around the environment and use takedowns to thin the crowd or clear a path. Those looking for a greater challenge can customise things, using higher difficulties to increase damage, for example. One nice option is to increase the level of police response, making even minor traffic offences alert nearby cops – so if you don’t want the heat, then you'll need to stick on the speed limiter and obey the highway code. The ultimate challenge is in the ‘Classic’ difficulty which employs all these, along with other limitations, such as losing all unused ammo in a clip when reloading.

While this all adds up to a fun and challenging game world which seems ripe to explore, one of those 2002 hindrances is that, sadly, the core game remains strictly scripted and linear. You’re allowed a little wiggle room to wander around, but if you stray too far from the mission parameters you’ll be hauled back. Gangsters don’t like to be kept waiting, it seems. Given how the recent GTA games have pretty much nailed the open world action experience, these restrictions are more than a little frustrating.

However, as with the original, there is a Free Ride mode, with the clue pretty much in the name. This gives you the freedom to go wherever you like, but in a world with no objectives – only a glut of collectibles, a handful of fun challenges at the behest of a mysterious stranger and finding some hidden cars to add to your garage. If you like the driving aspects as much as we did, then this can become a very enjoyable time sink, but the game could have been so much better if this exploration could have been combined with the main campaign.

With the visuals rebuilt from the ground-up, Lost Heaven is every bit as impressive to look at now as it was back in 2002. Stealing its name from Los Angeles, the city takes its cues from New York and its style from prohibition-era Chicago. The map isn’t huge, but is certainly large enough with towering skyscrapers fading to rural farmlands as you head out. There’s plenty of attention to detail and authenticity which really helps to draw you into its elegance, while the streets have been made wider and more forgiving to better accommodate the imperfect driving model. The introduction certainly sets a tone, with a montage of very cinematic sweeps showing a city bustling with life – with a few purposefully showcasing the HDR10 in effect, such as a glorious sunrise swathing the rooftop of an old gothic church. The storyline itself plays out with an impressive cinematic flair, with many excellent cutscenes using film-like camera angles, even if it does fall back on a few of the usual clichés and stereotypes.

However, the in-game engine isn’t quite so good and a few scenes using it to tell the story come across as very low-budget. Likewise, while the game benefits from having no loading screens (except upon death), even from exterior to interiors, this comes at the expense of some softened draw distances and objects occasionally appearing or disappearing right in front of you.

The storyline plays out with an impressive cinematic flair

In terms of quality, the game looks great running at up to 4K with 30fps. We’ve heard talk of some issues but for us things ran smoothly, save for a few awkward animations, such as characters stuttering into alignment for a face-to-face conversation. Certainly the new lighting systems helps to bring the world to life with a rich mix of bright lights and dark shadows working nicely in real-time to add a little more character to the city.

Although frequently understated, the audio plays a key role in Mafia’s overall ambience and losing yourself in Lost Heaven. There’s a new orchestral score that subtly underpins the key scenes, adding weight and some solid Godfather vibes. On your travels the radio is a great accompaniment, whether its just playing one of the 35 licensed and era-specific tracks, or regaling news stories from the time or reports reflecting your recent in-game actions. Much like the city, the dialogue has also been completely rebuilt while staying true to the original’s foundations. Along with full motion capture, all the dialogue has been re-recorded with an all-new cast and it’s largely impressive – even if the lead character isn’t exactly given much of a personality to bring to life. Indeed, some of the best dialogue can be heard while driving, as your brothers in arms share stories and bust a few balls along the way. It’s all the more reason to enjoy those long drives rather than just skipping them.

The ending has been tweaked a little, or rather the message the ending conveys has been changed. The original had more of a Goodfellas ‘it was all for nothing’ take, whereas this tries to be rather more endearing, which is a nice sentiment but it didn’t quite have the same impact. That said, fans of the franchise will love the not-so-subtle tweak to who delivers that message…

Mafia: Definitive Edition certainly does the original game proud. Despite a few flaws, the visual rebuild is impressive and the gameplay feels solid and largely enjoyable. Combining tight gunplay with stealth sections and a driving experience that is just as fun at a sedate pace as it is in a chase, it’s an action game that also gives you time to breathe and soak up the wonderful backdrop.

The lack of real freedom to explore the world during the main campaign is a tired consequence of the original, and it can be frustrating being constantly pulled out of the world between missions. The story told in these breaks is solid, if not spectacular, losing a little cohesion as it jumps along its eight-year timeline, but it has a nice cinematic flair that makes it a story worth retelling. It’s not perfect, but this Definitive Edition is a very welcome opportunity to relive a classic, while offering up a very enjoyable, if a little dated, experience for newcomers.