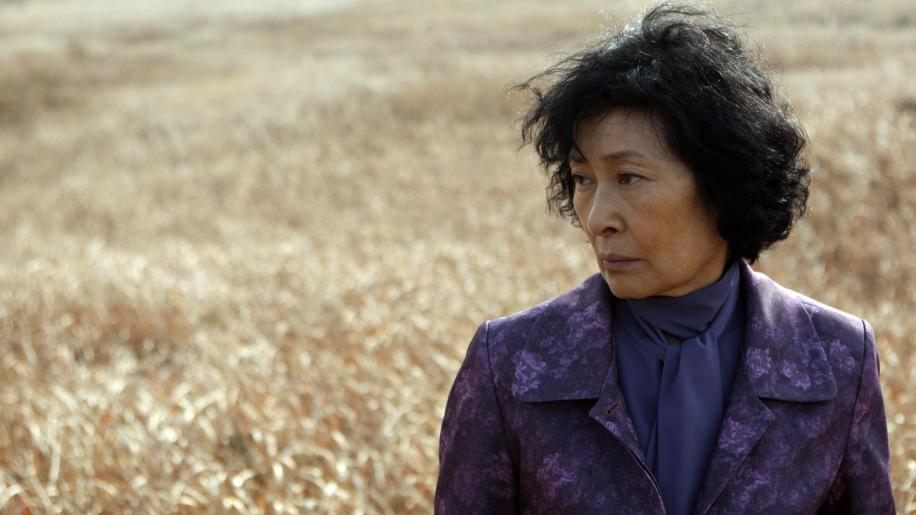 In recent years there has been a surge in popularity of Korean cinema in the West, with a continuingly wider audience coming to appreciate the often skewed approach of a different style of cinematic vision. Whilst Chan-wook Park's Vengeance trilogy has spearheaded this movement for many, being the most instantly recognisable and popularist nomination for a namedrop of Korean filmic delights, there are numerous other directors who deserve equal mention in the same breath - Joon-ho Bong being perhaps the prime example. Starting with his strong debut Barking Dogs Never Bite (2000), he followed this success up with the intriguing offbeat police mystery thriller Memories of Murder (2003) and later the more mainstream monster shocks of 2006's The Host. Some questioned whether this last title was a signal of his move towards more traditional genre material, having built a following and with a name now known, shifting the emphasis to more palatable offerings that might propel him to mass market success. Thankfully, with Mother, he once again signals his intent to investigate the intricate world of emotions and suspense.

Set in a small town in South Korea, Mother (or Madeo in its native tongue) has a simplistic tale at its core that swirls like a cyclone of intrigue, drawing in more and more complexities. The essence of the narrative is straightforward; it is that of a mother and son struggling to unravel the truth of a brutal murder. The mother (played by Korean TV actress Hye-ja Kim) works as a herbalist and unlicensed acupuncturist, spending her time cutting ingredients and keeping an eye on her son. He suffers from various mental problems that have left him as a form of man-child, unable to understand many aspects of modern life as well as having difficulties remembering and keeping track of his thoughts. As such, his parent's (singular, as the matter of a father is never broached) maternal instinct has kicked into overdrive and she is fiercely protective of her progeny, keen to make sure he stays safe. This borders on the obsessive, with her gaze constantly monitoring him while he plays across the street from her apothecary and the incessant nature of her badgering him to take his medicine - not a prescription pharmaceutical drug but a concoction of her own traditionalist making.

Joon-ho Bong wastes little time in establishing the cast of characters, no sooner have we met the mother and her son than their traits are established and their paths clearly mapped out. She watches her child play with a dog across the street from her shop, he toys with it, making it wave to her, infinitely pleased with this simple game. Sat next to him is the sometimes third leg of this triumvirate, Do-joon's best (or perhaps only) friend, the less than wholesome Jin-tae - a figure his mother is not very approving of, wanting her child to mix with less troublesome individuals. A few moments into this doggy game and we witness a hit-and-run accident involving Do-jhoon, though he is unhurt, his mother rushes in a blind panic to help him, whilst Jin-tae urges him to a taxi, keen to chase after the vehicle and gain revenge. In this short scene the blueprint for the three central characters is laid down, with two figures keen to aid the simple man-child, but in their own way. What follows are several fairly slow, but wholly important interactions that Joon-ho Bong has brought to the fore in order to set out the thought process that each character follows. All view a problem from the same angle, but each interprets what needs doing in an entirely different way. This comes across as a simple coming-of-age tale complete with offbeat humour and absurdist situations until one morning a body is discovered. A young schoolgirl has been killed and following some routine investigations Do-joon is questioned and later charged with the murder. With no memory of the incident and with no guardian or solicitor present, under some police pressure, the challenged young man admits to the crime and signs a confession statement placed under his nose. To all extents and purposes the case is closed, but his mother refuses to accept that her child could commit such an act and so sets off in pursuit of the truth, and the real killer, in order to see her son set free.

The story has the air of many famous miscarriages of justice, in the United Kingdom the wrongful imprisonment of Stefan Kiszko is perhaps the most telling likeness, with the two young men being of similar ages, both suffering from behavioural/psychological problems and both having to be vehemently defended by their mothers in the face of overwhelming disbelief and indifference. As such, the powerful ring of truth that surrounds the narrative could lay heavily over proceedings, but Joon-ho Bong deftly avoids a potential malaise by throwing in a healthy dose of dark, offbeat humour. The small town in which the aging woman is set to investigate has the air of David Lynch's Twin Peaks about it, with all not being quite as it seems. This milieu hints at there being many shady secrets behind closed doors, with characters displaying one face to the public and another in private. The story is a blueprint for intrigue and suspense, having not the widest of casts, but enough characters to draw the viewer to start the guessing game alongside what at times appears to be a Korean Miss Marple. The word Hitchcockian has been applied to Mother, but in modern parlance such a phrase has simply come to mean an element of mystery and its subsequent uncovering, whereas this plot has so much more emotional depth to it than that.


The atmosphere creates a sense of uneasiness, as the seamier side of life is brought to the surface during the mother's amateur sleuthing. Through this inspection of the other residents of this small town's lives, we get to not only witness the unravelling of a mystery, but also allow the director to turn our attention to a series of issues that might not have fitted into more genre suspense fare. These cover a wide range of topics, from base instincts such as violence, betrayal, mistrust, lust and revenge, to the broader social issues of class, corruption and the familial ties. The true joy of Mother comes not in uncovering the truth of who murdered the girl Do-joon was imprisoned for, but in the fallout from this discovery. The pacing of the narrative is finely tuned in order to wring out every last emotion from the viewer before the final revelations. The cinematography performs a great function in aiding this orchestrated rhythm, as the tight shots showing tense encounters in interiors are balanced against some wonderfully serene vistas, depicting individuals as ants against the wider world, heightening the feeling of an aged woman somehow swimming against the tide, insignificant in comparison to the backdrop in front of which this tragedy is being played out.

Hye-ja Kim puts in a veritable tour-de-force, acting every inch the desperate mother, finding a resolute assuredness in her mission, yet still managing to show human frailty when confronted with the unexpected. The premise may be simple, however the multiple threads which are woven around the core are anything but. Part suspense thriller, part social commentary, part character study, the total outstrips the sum of its pieces
and with the added mix of dashes of absurdist humour and a couple of flashes of sudden violence, it all combines to create something that is as fragmented as the mind of the imprisoned Do-joon, yet somehow held together masterfully by the director Joon-ho Bong. For over two hours you'll be held on the edge of your seat and the final pay-off could easily have been an anti-climax after that time, but instead it hits harder than anything you will have seen up to that point. As a mature piece of suspense and a questioning of the human instinct, this is certainly up there with anything Chan-wook Park has to offer, and should be in any fan of Eastern cinema's collection. A powerful narrative with many layers brought to the screen with an artistic flourish.