Made in Dagenham Movie Review 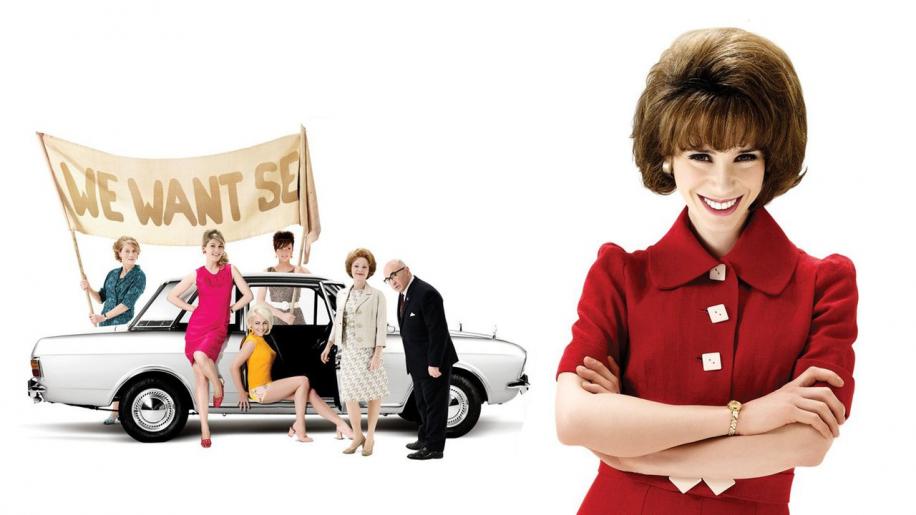 If you watch a lot of new movies over the space of a year, you learn to deal with regular disappointment. Yet in among all the formulaic, brain dead TV slot fillers you every so often find something that gives your heart a lift and reminds you that there are still people around who know how to make a film – and make it well.

‘Made in Dagenham’, directed by Nigel Cole (‘Calendar Girls’) and out now on American Region locked Blu-ray is one such sparkly stone that stands out from all the other pebbles on the beach. I only have a vague memory of the real life event upon which the movie is based, as I was just 10 at the time, but the picture represents a turning point in UK employment history.

The Ford Dagenham car plant employed 55,000 men and only 187 women who were paid just a fraction of their male colleague’s wages. They were classed as unskilled workers by Ford, yet they had to assemble and sew together the various vinyl and cloth sections of car seats without the aid of a template or drawing. The fact that they were paid so little was simply because they were women – and nobody had ever attempted to challenge the corporate status quo. That was all to change when the women went out on strike to fight for equal pay in 1968.

This is no big budget Hollywood blockbuster – indeed, it comes to us courtesy of BBC Films and is brought to the Blu-ray market by Sony Pictures Classics who seem to specialise in good quality productions made on lower budgets. The size of a movie’s budget should never be confused with its impact on an audience. Indeed, many multi-million dollar productions seem slack, overblown and rely upon A-list star names rather than a well crafted script and a good storyteller. The fact that a production has to count its pennies often means that they only shoot what is needed with a great deal of care and passion.

‘Made in Dagenham’ has a wonderful British cast full of names you just know will deliver the goods when it comes to credible performances. Sally Hawkins (BBC TV ‘Persuasion’) plays Rita O’Grady, the quiet machinist who becomes the ‘mover and shaker’ as she involves herself in the negotiations with Ford. Bob Hoskins is Albert, the Shop Steward who encourages the women to stand up for their equal rights because he had seen his mother struggle to bring him up on very little money. Kenneth Cranham plays the self serving full time union official who doesn’t want to upset the applecart and will quite happily sell the women down the river. Geraldine James is Connie, Rita’s friend, whose husband (‘Only Fools and Horses’ Trigger -Roger Lloyd Pack) is suffering from the mental trauma caused by being a Prisoner Of War. The beautiful Rosamund Pike portrays the trophy wife of the Ford factory boss (Rupert Graves). Jaime Winstone (Ray’s daughter) is the machinist with hopes of becoming a fashion model. Miranda Richardson mimics Barbara Castle, the Employment Secretary in Harold Wilson’s (John Sessions) government. Holy smoke – this is a cast to die for! Forget all of your Hollywood stars, these are proper actors!

An actor really needs a good script and writer William Ivory (who wrote TV’s ‘Common as Muck’ series) handed in an entertaining piece of work as his first feature that captured the shop floor language perfectly as well as pulled the threads together of the various back stories into one great screenplay with a beginning, middle and an end. Although the movie is based on a true story, the character of Rita did not exist in real life but she is the amalgamation of several of the women strikers – giving the audience a central character upon whom to focus attention.

The film involves you from the very outset as you see the women toiling in their machine shop, so hot in summer that they work in their underwear. When it rains, the umbrellas come out to protect the electric sewing machines from the water coming through holes in the tin roof. Anyone who has ever worked in a factory will be amused by the scenes where a man dares to walk in their midst and is right royally harassed, groped and generally humiliated.

The look of the Ford factory was recreated in a former sewing machine factory in Wales and the atmosphere of a rundown 1960’s workplace is just so believable. In real life the men worked in the brand new assembly plant, while the women worked in what were basically sheds. CGI was used the paint the factory next to the real life housing estate where the workers families lived – itself in the process of being demolished during filming.

You really get the feeling that you’re watching history in the making as ‘Made in Dagenham’ unspools and you sense the worry, trepidation and pressures placed upon Rita as the strike continues to affect everyone around her. As someone whose blood boils when confronted with unfairness of any kind, I found myself cheering the women on and was disgusted by the bigotry that existed (and still does, though it may not be PC to admit it).

There is no let down in expectations of good performances by the cast either. Sally Hawkins is superb as Rita the mother, wife and caring person who finds herself swimming with the big fish. She exhibits the resultant worry, anger and passion unquestionably well. The other performance that stands head and shoulders above the others is that of Miranda Richardson who, it can be argued, had the most difficult task of all as nobody really knew the other characters but Barbara Castle is an easily recognised public figure. Every nuance, every wave of the hand, every gesture was just so right that you forgot you were watching an actor when she was on screen and felt you were watching the real person.

Director Nigel Cole does a fine job of making us, the audience, care for the plight of the 187 women Ford workers. Never once did any of the more sensitive moments elicit the feeling that someone had their mucky fingers in among my heartstrings, as they are handled so carefully and with such a fine balance. We’re right with the women in their crusade and fiercely proud of Barbara Castle as she faces up to the veiled threats of the American Ford boss. This is a film that demands to be seen by a wider audience than that afforded it by its cinema circuit release. Hopefully, its Blu-ray (and DVD) release will give it that extra exposure so that it stands clearly as one of the best films of the year. Watch out for the interviews with the real strikers, as they are today, over the end titles.