Selling America by the dollar 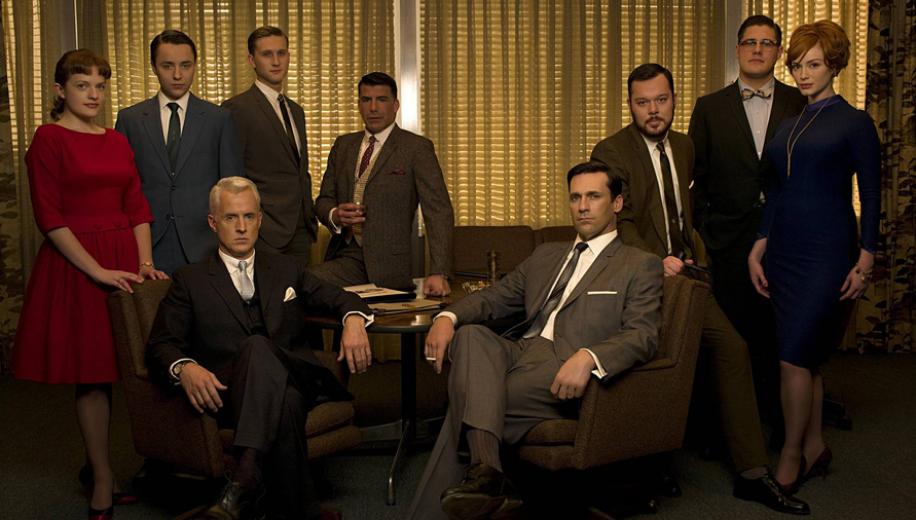 In an age of MTV editing and Tony Scott-style camerawork, of flashy CSI effects and painful Reality TV narration, audiences appear to have a much shorter attention-span than ever before – they require not only spoon-feeding, but hand-holding; if something visually enticing doesn’t happen once every ninety seconds, there’s every chance that the viewer may just switch channels. Script? Story? It all kind of goes out of the window when the majority of the most popular TV shows out there rely on procedural repetition. Some of these productions stand out because of the lead performance – both House and Lie To Me rely entirely on the main man (Hugh Laurie and Tim Roth, respectively), and, although to a lesser extent, all of the CSIs do as well – but they are still formulaic to the extreme, feeding a nation of lazy viewers who aren’t particularly bothered about character development, and basically want to just see CG close-ups of people’s brains (dead or alive) being invasively probed. For me, whether it’s House or even CSI, the stories are much more interesting when they are personal – when they involve some kind of character development, and are not just reliant on the ‘case of the week’. And, entertaining as they may be – House is indeed one of my favourite TV shows – there are other dramas out there which, for want of a better term, don’t play by the rules.

From The Shield to Deadwood, from The Wire to The Sopranos, higher-quality, largely HBO-based dramas have generally proved themselves to be a cut above the vast majority of formulaic procedurals. I’m not saying that, for pure entertainment value, there’s isn’t any merit in these other productions; but the aforementioned selection still provides a different kind of entertainment. It’s like the difference between McDonalds and a home-cooked burger from M&S – everybody’s tastes are different, and there’s probably a time and place for either, but there’s no denying that the quality of ingredients in the latter sets it apart from the former. After Deadwood was unceremoniously cut short, and The Wire came to the end of its run, finding a replacement drama – of this standard – became quite a task. Boardwalk Empire is the latest title to have reached such critical acclaim but, a few years back, the pickings were even more limited, and at the top of the pile was an ABC production entitled Mad Men.

Now, if you haven’t seen any Mad Men, then I recommend you go back right to the beginning. The first three seasons are available in a more affordable complete box set, and that’s where you should start. Kind of a lot has happened in those past three seasons, and for an immediate recap, and more of an introduction into the production, it’s worth even going back to my review of the last, third season, of the show, here.

“Who is Don Draper?”
The 60s-set series has, for three years, charted the events in the lives of a group of ad-men at the firm of Sterling Cooper – the frontrunner being a certain Don Draper, a charming, enigmatic persona whose only home life was slowly dissolving, but whose skills at work made him famous. But then, after separation and then divorce, as well as some intrigue into whether or not the man was actually Don Draper (you’ll need to watch the seasons to see how that one pans out), the last season concluded with four of the main players (and a whole slew of staff) from the original firm of Sterling Cooper choosing to break out and establish a partnership of their own: Sterling Cooper Draper Price.

Ironically, Season 4 somewhat marks the rebirth of the series (its creator/writer calls it a ‘reboot’), as we now see the slow development of this new fledgling company, trying to strike a name for itself amidst the big players in the New York world of advertising. Draper himself has also had to reinvent himself once again – it’s no longer enough for him to play the aloof, eccentric, but often right (at least when it comes to ad ideas) creative force behind the firm; now he’s more than just a director, he’s a partner. And it’s up to him to not only sell ideas, but secure new clients, and actually make this new business work. All the while his life as a divorcee is getting ever more complicated. He’s still paying for his ex-wife and her new partner to live in their old home; he’s going on the occasional blind date; and he maintains his dangerous way with secretaries. But will things ever settle down for Don?

“Every hour of my time has to be accounted for in the growth of this company. Get me in a room where I have a chance.”
In the background (perhaps even more so than before) the characters in Don’s world revolve around him trying to keep their own lives on course – from his partners, increasingly concerned that this new project isn’t going to succeed; to the powerful women in his orbit – creative designer Peggy, who now appears to have an innocuous fiancée; head secretary Joan, who left Sterling Cooper before the others but was pulled back in to join this new venture, and now has to face the fact that her husband is going to Vietnam; and Don’s now ex-wife, who continues to, well, not go away. Of all the partners, ironically, it appears that only Pete is of some support to Don to try and get the company off the ground, and Roger’s his usual incorrigible self, his flippant attitude never particularly conducive to prosperous business relationships.

Returning to the premise of Season 1 – i.e. Don Draper trying to define himself within a company, and make a valid contribution towards its success, inevitably Don was going to become the main focus of this new season, far more than you might consider when compared to some of the previous years – and in that respect Jon Hamm acquits himself well, reliable as ever as the glacial Don Draper, of sharp intellect and quick wit (still capable of reeling off those clever tongue-twister that he poses his clients) but also clearly not without his fair share of faults. This season things come to a head with his business relationship with Peggy, in a beautiful episode that sees them both butting heads – but to good effect; his shenanigans with his secretaries have their fair share of ups and downs; his young daughter appears to be going yet further off the rails (with complicated interest from a neighbouring boy as well) as his divorce continues to wreak havoc; and he finally has to face up to his issues with alcohol. There’s even a great little flashback to how Roger first met Don, selling fur coats; as well as a melancholy trip out-of-state where Don visits his “family”. And, in a moment of inspiration, the writers even have him cathartically offloading using an intimate daily journal. It’s an evolutionary curve for Mr Draper, but, never fear, he always has a sharp, dismissive line to dish out should he get in a pickle.

“Do you want women who buy bikinis to buy your two-piece or do you just wanna’ make sure that woman who want a two-piece don’t suddenly buy a bikini?”
Mad Men might be Hamm’s baby (even if he does disappear off once in a while to do solid parts in movies like The Town), but he’s still surrounded by a recurring cast of superior supporting actors – from John Slattery (Roger) to January Jones (Don’s ex-wife), from Vincent Kartheiser (as Pete, finally becoming more tolerable this season) to the closest thing we have, post-millennium, to Marilyn Monroe, Christina Hendricks (Joan). Each one has grown into a perfectly-formed and fully-rounded 60s character, and I can’t imagine how the drama would exist without any one of them. Of the new entries, surely Jessica Pare's Megan Calvet is not only the most strikingly beautiful but also the nicest surprise within the core dynamic. I hope that she's here to stay.

Mad Men was always a quality drama (I think I called it the ‘Hilton’ of TV shows in my last review), perfectly recreating the 60s era not only in terms of immaculately realised setting but also in terms of ensuing character and plot construction; and it’s not only a beautiful snapshot of history – it also cleverly compares and contrasts the somewhat decadent, decidedly misogynist decade with the current state of events in modern (US) society. Racial prejudice against African-Americans now represents the prejudice we show towards just about anybody who looks like they might be a stereotypical terrorist – and the conversations both supporting and denouncing such treatment are therefore just as relevant. This season takes things one step further. Although many assume that this is just a search-for-inspiration ‘change-up’ designed to reinvigorate the drama, I think that there is more to the new company and new ensuing storylines than first meets the eye – in the current recession (with the public worried about finding jobs, keeping jobs, redundancy, pack cuts, increased living expense and so forth) what could be more appropriate than the plight of a fledgling new company which is struggling to find its footing in a society where big business is the only thing left standing. This may be 1965, but it’s paralleling today. Small businesses just don’t survive very well in the current economic client, and employees are required to take on broader roles – do more work for the same or less money – and adapt in order to become financially stable. And that’s what we see Don Draper finally come to accept – he has to adapt, or see his new company die.

“I gotta’ go learn a bunch of people’s names before I fire them.”
It’s a pivotal season for Mad Men – a new start – and the drama has so effectively reinvented itself that it has been finally (as of a week ago) signed up for a further three years. It’s steadily increased in numbers of viewers, and is getting the consequential rewards, much deserved, and about bloody time! Honestly, if you’ve never given Mad Men a shot, then go back to the first season and test the waters now. Watch a few episodes, allow it to slowly get under your skin, and you’ll surely find that it’s one of the richest, most subtly rewarding productions on the air. Highly recommended.