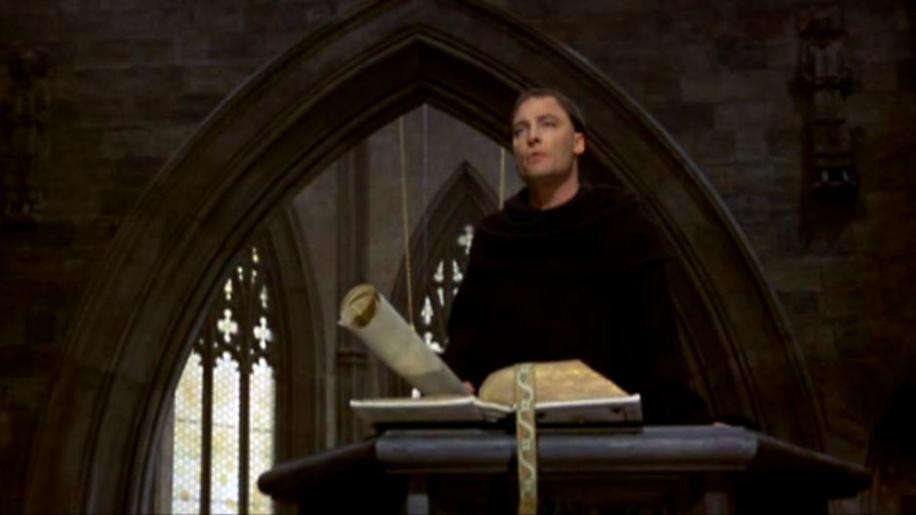 Luther retells the story of Martin Luther, played by Stacy Keach, the German priest who, during the 16th century, challenged the Roman Catholic Church and, during a movement known as the Reformation, created a new form of Christianity. The film begins with Luther as a young novice and follows him as he becomes an expert theologian who is moved to write the 95 Theses, a series of protestations against a church he saw as corrupt. Soon, Luther is taking his message to the people, which then, in turn forces him to go before the very church he is denouncing and face their judgment.

To say this film isn't something I'd watch out of choice would be an understatement, mostly due to the religious theme, but taking that aside I sat down to watch a movie about a pivotal figure in history. The problem is that this movie reminded me of a history lesson, in that it is informative but dull as dishwater. Stacy Keach seemed a little out of place, not quite having the “proper” English accent, although it's nowhere near as out of place as Keanu “Dracula” Reeves, however it is only slightly off. It was also somewhat odd to me, really only knowing him as Mike Hammer, but that's the same sort of parallel as William Shatner is Captain Kirk. The movie isn't a complete loss as it's interesting enough if you've got a slight interest in history, but it's just not particularly involving, again being a drama without being dramatic. One thing that does clearly reveal it's origins as a stage play, is the appearance of Julian Glover as the knight, or truth be told, the narrator. It's a shame that the cast, while acting very well, aren't particularly engaging, otherwise it may have kept me more engrossed, but this is the second movie I've ever seen where it's been very hard for me to persevere and watch having to stop and start again as it's just not captured my attention (The other being The Lost World which took 9 attempts to get past the first 10 minutes). If you need to learn about it for history, or if you are a fan of history anyway, maybe it's worth a view. Otherwise, the remake with Joseph Fiennes may actually be more captivating.