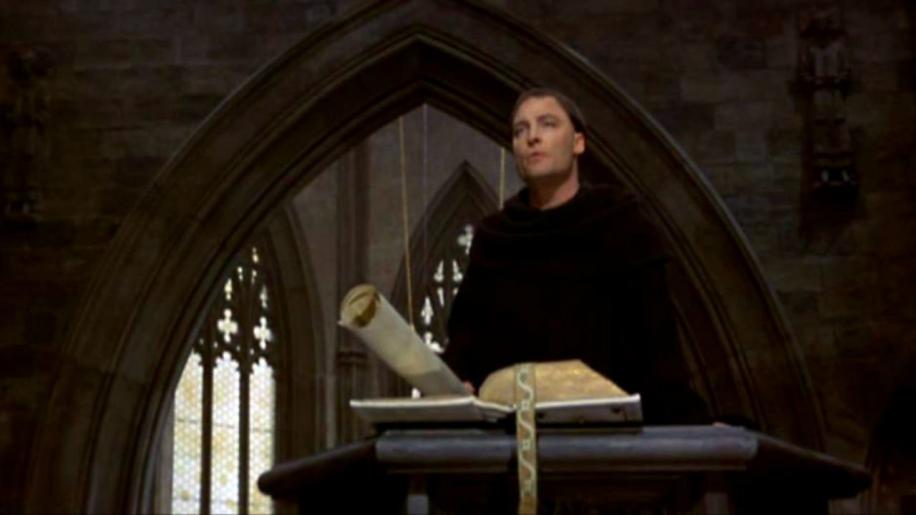 For a 32 year old movie, the transfer isn't too shabby, with a reasonably clear print with minor blemishes apparent. Flesh tones for the most part are fine; however there were one or two instances where it reminded me of computer colouring, in that they looked a tad artificial, possibly due to restoration. Although this isn't a particularly colourful movie, monks loving the brown look, the colours are generally fine although some reds suffer from being intense, particularly during the “trial” of Luther, again suffering from what appears to be enhancement. Black levels are fine and the detail levels are fine, given the age of the movie with no edge enhancement or halos appearing to be present although the movie does clearly show its age. The soundtrack of this movie is sadly unremarkable, being a stereo only, dialogue heavy soundtrack. Compared to another movie from this range that I've seen recently (The Trip to Bountiful), it is noticeably louder that that, but still reasonably quiet to the normal volume I view at. Dialogue is clear and crisp and no levels of hiss were present. Music is slightly less sharp, but I would assign that to the age of the movie and print. No panning effects were apparent, but then this type of movie doesn't require or use them. Overall it's basically competent, no more and no less. There are quite a few extras present, but none of any real substance. The only sizable extras are generic featurettes on the American Film Theatre, which relates to the “series” from which this movie is taken. Otherwise, it's the usual suspects of trailers, galleries and assorted snippets of information. To be honest, I only looked at them briefly due to the lack of substance present. In some ways it's nice to have extras, but in this instance, there's not much to choose from between those present and nothing at all. As much as this movie didn't appeal to me as previously mentioned, I found it to be a very difficult movie to actually watch as it is very uneventful, having no form of hook to drag you in. This isn't true of all historic movies, as Malcolm X and JFK grabbed my attention and didn't let go of it, unlike this. If you love history, religion or possibly both, this will probably be your type of movie, but I'd probably consider the remake as an alternative.