"The real reason he’d keep running into monsters was because he was black, and when you’re black in America, there’s always a monster." 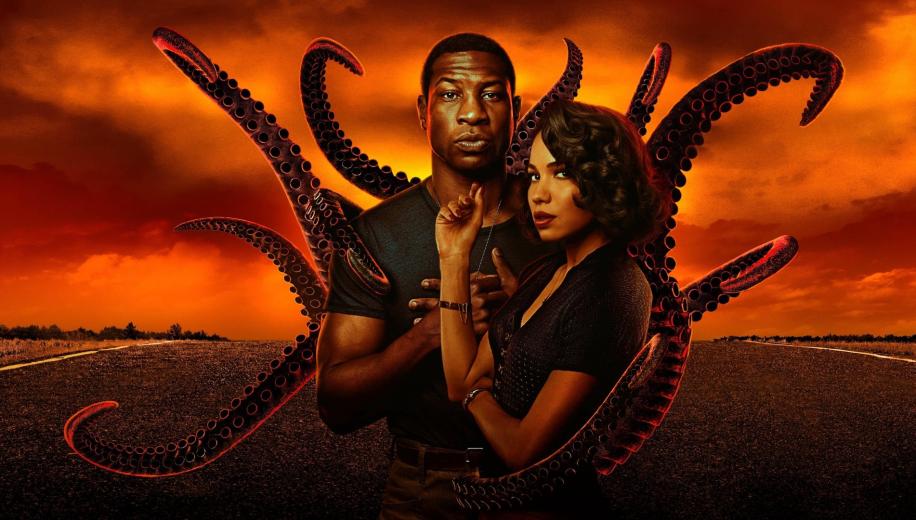 In an age where all too many productions flaunt their political statements on their sleeves, taking precedence over story and relevance, often only to capitalise on the topical nature of such sentiments, it's a tribute to HBO that they have managed to so impressively walk the line between the telling of a compelling story, and the weaving of organic moral and social-political themes beneath. Their recent pseudo-sequel series, Watchmen, was exquisitely crafted, and just as much respect should be levelled at their Lovecraft Country production, taking the works of a celebrated and wildly imaginative horror writer - now almost equally notorious for his deeply racist views - and turning them into a voyage into the visual depths of Lovecraftian horror whilst drawing equally horrifying lines through the depths of human horror in the form of unconscionable and deep-seated, Deep South racism. It's somewhat amazing, then, that Lovecraft Country ends up being such a - well - fun, adventure, putting the emphasis clearly on entertainment at all times, yet subtly integrating the racial (and other) horrors into the journey in such a way as to make them at once integral and not once detracting from your enjoyment. There's no preaching here, just a bloody good trip through the Deep South.

Lovecraft Country does for H.P. Lovecraft what Castle Rock did for Stephen King's vast works, only arguably even more impressively

Enjoying strong lead performances from Jurnee Smolett (recently in Birds of Prey) and Jonathan Majors (Da 5 Bloods), and scene-stealing support from veterans like Courtney B. Vance (American Crime Story) and the ever-watchable Michael K. Williams (The Wire), as well as some striking involvement from the likes of Jamie Chung (The Gifted) and Abbey Lee (Mad Max: Fury Road), Lovecraft Country does for H.P. Lovecraft what Castle Rock did for Stephen King's vast works, only arguably even more impressively juggling the core components whilst remaining disarmingly relevant under the surface. With some unbridled visuals, and mind-blowing fantasy-horror implementations, it's a hell of a voyage, and more rewarding than almost anything of its ilk. Highly recommended.

Lovecraft Country comes to Blu-ray courtesy of Warner Bros. Home Entertainment, and it's the kind of show that you might hope somebody, somewhere would have released a 4K HDR rendition of (particularly given the reports of much of it being filmed in resolutions as high as 6K). Nonetheless, this is an impressive set befitting of a visually opulent production, certainly besting NowTV's paltry standard subscription image quality.

This is an impressive set befitting of a visually opulent production

Lovecraft Country is a visually striking piece, enjoying deep, rich wood tones and period locations, dark, inky shadowing concealing the monsters within, and some decent enough mystical effects which pop with a fair amount of energy. Detail - as perhaps you would only expect from 6K material, even downscaled - is tremendous, resolving some nuanced, highly textured imagery rich with visual panache. Clothing, hair, and the fabulous locations all come across resoundingly clearly, enjoying a welcome depth to the shadow detail and a warm and effective range of colour tones that enjoy the period browns, stone whites, inky blacks and aforementioned more fantastically-derived tones too - with plenty of crimson to boot.

Of course, it marks another title where it would have been really welcome to see a full fat native 4K/HDR version, to see what further magic could be worked with the already rich colour palette, and with the sheer resolution of the source material at hand, but the Blu-ray comes across as very impressive nonetheless, and almost impossible to fault in its own right.

Whilst the dialogue maintains clear and coherent precedence throughout, from the whispers all the way through to the shouts and screams, and the underpinning score does well to invite you into this mystery whirlwind and heighten the tension at key points, it's the effects prioritisation that truly impresses, bringing the more supernatural moments to life with all-encompassing surround majesty that makes for claustrophobic treks through woods, and involving voyages through the mystical depths of the core locations. The surrounds enjoy plenty of involvement in the proceedings, whilst the LFE input is equally commonplace and just as welcome. An excellent track.
﻿

An excellent selection of extra features

There's an 11 minute look behind the Watchmen-esque graphic-novel-within-the-story with Orithyia Blue and the Imagination of Diana Freeman, 12 minutes looking at the gothic horrors in Lovecraft Country: Compendium of Horrors and a half-hour Crafting Lovecraft Country Documentary that takes a comprehensive overview on the whole production.

The remaining 'Featurettes' - Exploring Lovecraft Country and Lovecraft Country: The Craft - are actually collections of bite-size interviews with the various cast and crew members who helped bring this production to life.

Lovecraft Country was certainly one of 2020's TV highlights (in what was undoubtedly an excellent year for new TV), and for those who missed its run on Sky, now is the time to pick up the complete first season.

Warner's UK Blu-ray release of Lovecraft Country: The Complete First Season makes the most of its 6K source material with excellent video and audio and a weighty selection of extra features, topping out a must-have release.