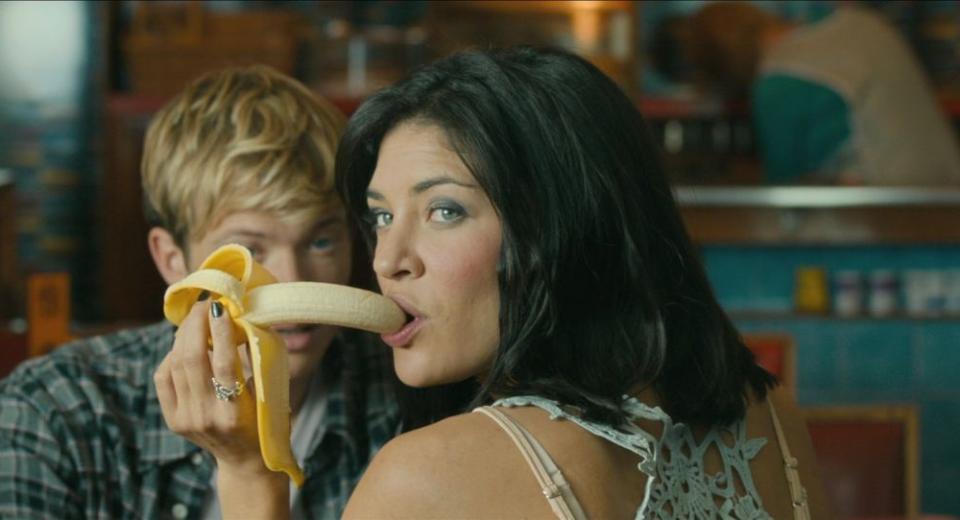 I could find very little information regarding how this movie was shot, but no doubt it was shot digitally. The transfer looks a bit low-fi, but this is more down to original camera footage and subsequent processing rather than the encoding itself. There does not appear to be much of an issue with the transfer itself, but contrast feels very low and the picture looks very flat, with little depth of field. Technically, this is not a great movie, with some scenes exhibiting very soft focus, patchy lighting and not much in the way of using depth of field or other cinematographic tricks.

Horror movies are one of the few genres that really benefit from crushing the black levels and quite heavily processing the colour palette, even going as far as adding some vignette around the edge of the picture. Unfortunately, colour correction here is limited to correcting exposure issues and artificially darkening a few scenes. No effort has been made to create a creepy setting and it all just looks like the sort of thing film students turn out at the end of their second year – it’s all there, but the creative spark is missing.

Looking more like a TV series than a full blown motion picture, this really looks quite poor, even compared to its contemporaries.

The DTS-HD MA 5.1 track is one of the stronger elements of the movie, with most of the scary moments really down to its dynamic nature. Effects are well positioned, and even if it is not the most subtle mix ever, it is not half bad. A mixture of orchestral and more up to date indie tracks, the soundtrack is something akin to a cross between Shameless and Downton Abbey!

Vocals are crisp and clean and not easily buried by the effects. Deep sub is a little more limited, but when it does kick in, it does so with aplomb.

We get a very limited set of extras, but to be fair, this is only to be expected. Apart from being able to turn the subtitles on and off, we can watch some previews of better movies and then listen to some interviews with the cast and director Andy De Emmony. That’s about it really. The cast do not reveal anything new, but come across as enthusiastic about the project, which is nice.

An unoriginal film, poorly written and delivered in a lacklustre style, it is hard to find anything good to say about this movie. It is not scary enough and devoid of clever humour to make up for its other shortcomings.

The film making is not of the highest standard either. Lighting is poor, some shots look soft and if truth be told, out of focus and the camera work is boring, devoid of techniques to build up tension or set the mood. The lack of significant extras is not to be unexepcted on a budget film like this, but I am quite surprised by the lack of a "Making of" reel. The only saving grace is the sound, which is quite dynamic and fits the film well.

Give this one a miss. There are enough decent horror movies – even low budget affairs that blow this offering out of the water.