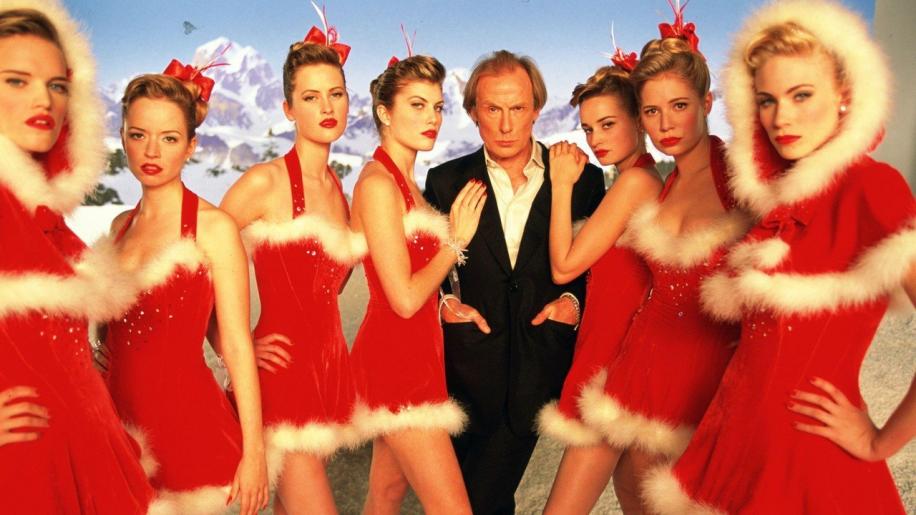 Richard Curtis makes his directorial debut with this very funny film about Love and the lengths people go to find it. The story follows a multitude of couples and hopeless singles looking for love and brings them all together for a bit of fun before Christmas.

The story centres on a few unlikely love birds such as the Prime Minister (Hugh Grant in great form again) who falls for one of his house hold staff (Martine McCutcheon), Daniel (Liam Neeson) and his step son who try to help each other after the death of their Mum/Wife. Then we have the lonely writer (Colin Firth) and his Portuguese maid, a young couple who are stand ins for movie actors and continue to lose more and more clothing whilst talking about what kind of day they are having. Then we have Karen (Emma Thompson) the sister of the prime minister and married to office exec Harry (Alan Rickman); who just might have an affair behind his wife's back. Add to this Rowan Atkinson doing nothing but adding comic value and the brilliant Bill Nighy as the aging, over the hill rock star, aiming for Christmas number One and the relationship with his manager (Gregor Fisher). Adding all these (and more) stories together could have damaged the films flow and pace, but thankfully the picture only struggles to fit everything into it's not overly long 2 hours and 15 minutes.

There are some brilliant comedic and dramatic moments contained within the film and yes it does get a little sentimental and sappy, but the sharp script from Curtis manages to keep everything moving along nicely. The film may have benefited from losing one or two of the less developed storylines and characters, but to be honest there's nothing to really put you off giving this at least a rental viewing, recommended.