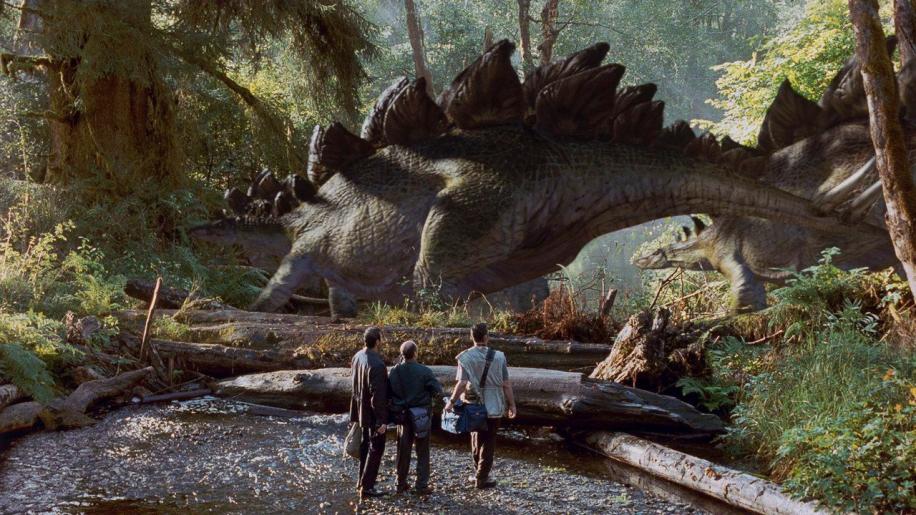 Presented here as a superbit transfer, the 1.85:1 anamorphic image is about average in terms of quality. The first thing I noticed was quite a bit of dirt and print damage in the opening five minutes, which whilst prominent was not overly distracting and soon disappeared to only return here or there through the feature. There were also signs of the dreaded edge enhancement in certain scenes where solid lines produced the most noticeable artefacts. There was also quite a bit of grain in the print especially during the darker scenes and those with bright skylines.

It is not all bad however with colours looking natural and well saturated and skin tones looking realistic. Blacks are good with some shadow detail visible here and there. I compared the picture with that from the R2 UK release of the film (don't ask me why I have a copy) and to be honest there was nothing to separate the two in terms of sharpness or detail and I struggled to see where the supposed extra bitrate was making any difference. Rather disappointing to be honest and Columbia really should do better with their superbit prints; this film was viewed on our 7.5ft screen as well as a 32” WS TV. The first Jurassic Park launched DTS as a sound format in cinemas so it was no surprise that the original sounded so good in the home in DTS. On this superbit we are given a choice of Dolby Digital (448kbps) and DTS (768kbps) and the results as quite surprising.

The film starts in silence and with a black screen. Slowly the soundtrack begins to come to life with the sounds of birds in the rear and a low bass tone which builds to the sound of crashing waves against the shore of the Island where a (stereotypical) British upper class family as having lunch on the beach. Listening to the Dolby track first everything is present and correct with a nice deep bass which was loud and tight and the other details in the waves such as the rumbling roars of animals were clear to distinguish. Switching to DTS for the same scene and you suddenly realise that the bass has almost gone and the soundtrack feels quieter. So is it because the DTS mix is actually not as boomy and is tighter and lower? To be honest, NO. The DTS track also misses the slight nuances of the rumbling roars and is not as clear with the bird songs in the rear soundfield.

Next I moved on to the opening of the dinosaur stampede where the jeep and the bike jump into frame and the chase is on (35m16s). Again the Dolby track held the cards with this scene sounding dynamic and rich with excellent use of the surrounds. When the huge beasts enter the chase and the bike goes under their legs there is a fantastic LFE kick that goes well under 20hz, and a roar that does a left to right pan in the rears. This sounded excellent with the Dolby track, but again the DTS track was quieter and felt less dynamic. The dialogue from the head hunts man was also harder to follow with DTS engaged as the other channels seemed to drown him out, yet on the Dolby mix it was clear as day.

Finally I did a comparison with “Mummy's Very Angry”, where the jeep ends up going over the ridge of the cliff. As the three inside the caravan look out of the side window, another T-Rex appears at the window behind them, its Mum and Dad looking for Jnr. who the scientists have. As the T-Rex calls to its child there is a deep breathing tone to its calls. On the Dolby mix this is low, going down to the lower reaches making the floorboards move. Switch to DTS and the weight and authority to the call disappears altogether.

So the DTS track struggles to achieve the same kind of authority that the Dolby track has in abundance. I checked everything I could to see if there was a fault, but on this occasion the Dolby track is the one to go for. And as a side note the same scenes were watched on the UK R2 disc and sound identical in Dolby Digital on this superbit. This is a superbit, so no extras. The film is dumb but enjoyable and the AV presentation is average and certainly no real improvement could be seen even though it has the superbit tag.