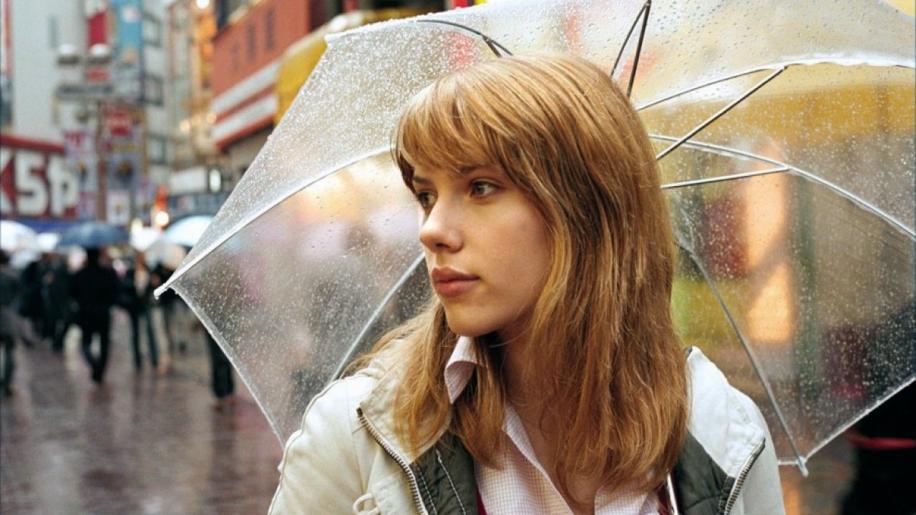 It seems there has been some kind of
talent shift in the Coppola household.
While Francis Ford Coppola has spent
recent years churning out tosh like The
Rainmaker and Jack, his daughter Sofia
has gone from being the most-hated thing
about the despised third entry in the
Godfather series, to one of the most
celebrated writer/directors currently
working in independent American cinema.
After the sublime The Virgin Suicides,
Sofia Coppola has brought us Lost in
Translation, a convincing, witty, honest
and moving love story, with two fantastic
lead performances.
Bill Murray plays Bob Harris, a movie
star whose life appears to have stalled.
Trapped in a Tokyo hotel while he films a
whisky commercial, Bob's life is split
between drinking in the hotel bar and
receiving harried calls from his wife in
America, who is in the process of
redecorating their home. Also staying at
the same hotel and feeling just as isolated
is Charlotte (Scarlet Johansson), the wife
of a photographer on assignment in
Japan, who seems more interested in his
career than his marriage. Their lives
change during a chance meeting in the
hotel bar, and what begins as simple
companionship looks set to blossom into
something far more profound.
Forget any pre-conceived ideas about
Lost in Translation being another tacky
'old guy gets young girl' flick. As told by
Coppola, this is a tender and wholly
believable story about two people
meeting and discovering the idea of a
romance neither thought possible.
Like the earlier The Virgin Suicides,
Coppola's latest work is a film with no
easy answers or a neat and tidy
conclusion. Instead it's a film designed
to make the audience think about what
it sees and to capture the experience of feeling alone in one of the most
populated cities on the planet.
The film does falter a little, with some
cheap shots at the Japanese that could
easily have been left out. But even this
cannot change the fact that with Lost in
Translation Coppola has crafted a superb
piece of cinema that will undoubtedly
be remembered as one of the greatest
cinematic love stories of its generation.