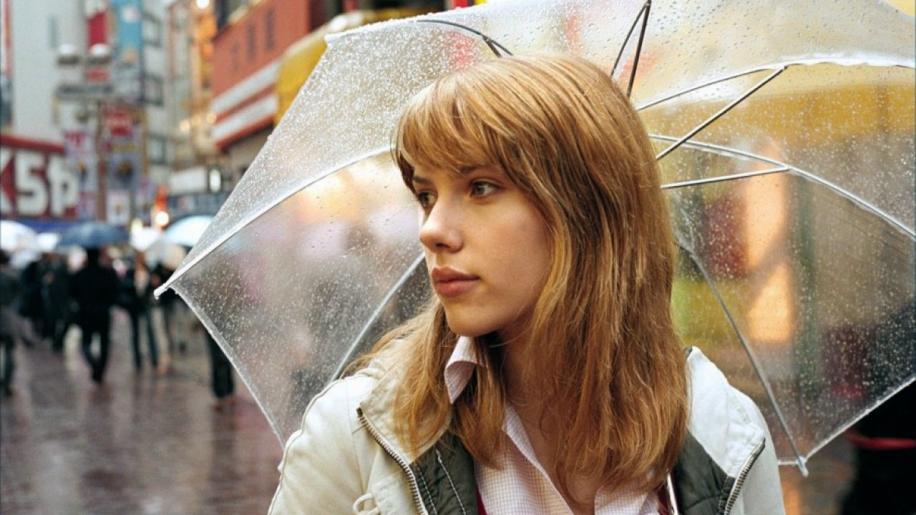 Lost In Translation was Sophia Coppola’s second film as a director, and her only piece of work that I have ever seen. It has to be said that this type of film would normally have zero interest for me, but I did catch the film originally in the cinema and from the first viewing the film had me hooked. It is a film that is interested not in phony emotion and showy scenes from actors reaching out to OSCAR – it is perhaps one of the most painfully real films I have ever seen, where the characters you are watching on screen teach you a truth about yourself that perhaps you never dared admit. In this current fad for 3D cinema, it is perhaps ironic that the most truly three dimensional characters in modern cinema were created in 2003 – way before Cameron and Zemeckis were persuading us to don the dreaded specs.

Bill Murray, in an arguably career-best performance (although Broken Flowers runs it close), plays Bob Harris. He is an American movie star who is having trouble with his aging, and has come to Japan to film an advert for Suntory whisky. At the same time, Charlotte (Scarlett Johansson) is staying in the same hotel with her husband John – a photographer in Japan on assignment. Both of them have problems in their relationship. She has recently graduated from high-flying Yale, but has no idea what she wants to do. She is a woman of independence who finds herself living the caricature of the doting wife, who’s only reason for existence is to support her husband. He has lost whatever deep connection he ever had with his wife, whose existence we are only ever aware of at the end of a long distance telephone line. All they ever talk about is home furnishing.

One night in the bar, the two disconnected souls meet and spark up a relationship that the audience, and themselves, cannot really define. Do they love each other, is there desire there? There certainly is a connection of a deep, primal nature. However, it is not necessarily sexual, but a deep emotional connection. Theirs is not a meeting of the flesh, but a true meeting of minds, a melding of souls. And both will be eternally changed by the experience.

The fact is, however, that nothing really happens during the film. I would love to be telling you how skilfully Coppola melds the plot around the two central characters – but the simple fact is that Coppola is uninterested in story. Events happen, for sure, but they are random and unconnected – just like they would be in real life. There is no conventional beginning, middle and end to Bob and Charlotte’s story and no conventional structure to the film. Very much like Linklater’s Before Sunrise and Before Sunset, the filmmakers are merely interested in allowing us to see ourselves in new light through two beautifully created and well rounded characters.

And what performances bring these characters to life! Personally, I had not been that aware of Bill Murray before I watched this film in the cinema. Sure, I had seen him in Ghostbusters when I was a kid – but wasn’t really aware of his other work. All the pre-release talk before this came to cinemas was about his stunning performance – and they were right on the money. Murray gives a quite amazing performance as Bob, a character who Coppola wrote with him in mind. Often, one could imagine that when a character is written particularly for someone, then that character will embody the actor who is destined to play them. In this case, whilst Bob may be a slightly older actor in common with Murray – there is no point where it feels that Bill is just playing himself. The beauty of the performance is the subtle nuances that Murray introduces. The character is inherently a desperately sad one, going through a crisis that he can only solve by making life changing decisions and hurting others. In the hands of some other actors, Bob Harris could be annoying – but the pathos of the character is really brought out by the brilliance of Murray’s performance. The emotional intensity of what he is going through, and his relationship with Charlotte is intense, but is perfectly balanced – Murray finding little moments of humour at the perfect times to balance the character.

Scarlett Johansson pulls of a career best performance as Charlotte. Sometimes it is hard to believe that a girl of that age would be capable of such deep feelings about direction, but this character has them in spades – and Johansson portrays her perfectly. Again, as with Murray, the performance is intense, but lightened with brief comedic moments which alleviate the seriousness slightly. Johansson shares an amazing chemistry with Murray which really helps sell the story that is being told. The age gap could appear sleazy, but in the hands of these performers it merely appears sweet – and although I have used the word several times already, intense is really the best word to use. There is genuine electricity between the two – at times, as a viewer, it really is almost uncomfortable to watch.

Of course, the two central performances in a film such as this are nothing without the director and the script writer. What is outstanding in this case, is the two are one and the same – the amazing Sofia Coppola. The daughter, of course, of Francis Ford – Sofia marks herself out as a genuine talent with the release of this film. She captures the characters perfectly with her script, not a word is wasted – not a gesture or a glance. The subtlety of the script (and the famous ending is crucial to that) is absolutely astounding. Yet, Coppola not only shows a mastery of words, but also an inherent knowledge of how to direct. It would be very easy for a film such as this to turn out to be boring – it has no story as such, and there are long scenes of dialogue. But in Coppola’s hands the pacing is perfect. Maybe because she wrote the script she has a better understanding of how the film should be. Whatever the reason the pacing is perfect – no scene ever outstays its welcome and again as with the script it is the economy that makes it perfect. There may be a crucial glance shared between two characters but this is not rammed down our throat in close-up, instead the clever placing of the actors within the frame direct our eyes to see the glance without us even realise what has happened. It is very cleverly done, and allows the viewer the sense of having discovered something special for themselves.

The relationship between Bob and Charlotte may be central but it is played out against the stunningly beautiful Tokyo – and the way it is shot makes it almost like an extra character. As the two move between the garish Neon, modernity of the City it almost seems to breathe, and however familiar you may think you are with it from previous films – it looks completely alien here. A trick of course, but a clever one – designed to make the viewer feel just a little bit of the alienation that the two central characters feel.

Absolute credit as well, must go to one of the most talked about endings in independent cinema. I won’t spoil it here in case you have not seen the film, but it is a brave and clever ending which fits in with making the audience identify with the film and to project their own emotions on to it – something which is done all the way through.

Lost In Translationis a stunning piece of work, and that is quite simply the only way to describe it. Everything, script, pacing, direction and performance are simply sublime. Those who like a little more structure to their films will probably balk at it, but that is not the point of the film. As a study of two characters adrift in a sea of doubt and confusion, who become each other’s anchor it is without peer and anyone who has just an ounce of emotion in them cannot fail but be moved by it.