More danger for Will Robinson 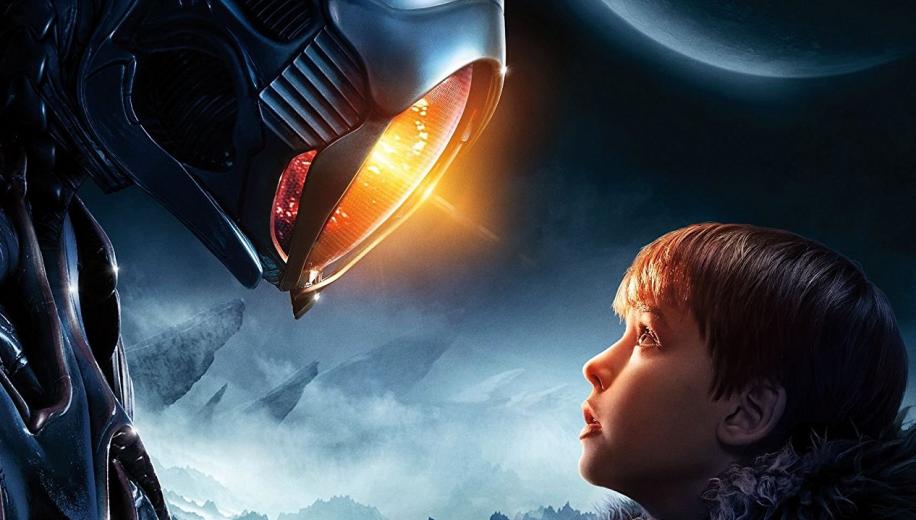 The classic Lost in Space TV series earns its second reboot courtesy of Netflix in this big budget sci-fi actioner that feels quite literally like Lost... in space.

The original Lost in Space TV series aired in the mid-Sixties, created by famed disaster movie producer Irwin Allen (The Towering Inferno) and centering on a pioneering space family colony who go off course courtesy of a mischievous scientist and his minion, the ship's reprogrammed robot. In 1998 an all-star Big Screen adaptation was released, which took the key elements from the show's premise and forged them into an action-peppered adventure that was - at times - surprisingly dark. With muted Box Office success and a terrible critical reception, any chance of a franchise was stopped dead in its tracks, and the property languished for 20 years, with even a John Woo-directed pilot not picked up for series (its sets were later used for the Pegasus in the excellent Battlestar: Galactica 'reboot').
This Netflix-commissioned reboot comes courtesy of screenwriters Matt Sazama and Burk Sharpless, who have such diamond properties as The Last Witch Hunter, Dracula Untold and Gods of Egypt under their belt, with Prison Break showrunner Zack Estrin at the helm. Thankfully that's where the bad news ends, with The Descent's director Neil Marshall on hand to direct most of the first season and bring some effective tension to the space adventure right from the outset, and a strong cast headlined by Black Sails veteran Toby Stephens and Deadwood and House of Cards veteran Molly Parker to anchor the new family Robinson, injected into a very similar situation to what we know them for, only this time seen through the big budget lens of Netflix and reworked for a modern generation with high expectations.

Kick starting in medias res, Season 1 of Lost in Space spends very little time establishing what is going on, instead telling its story through interstitial flashbacks as the current immediate threats take the main focus. The Robinson family crash land on a strange planet, and are thrown into a world on chaos. It's bad enough that their ship buried under ice, but the family are, one by one, put into danger. Whether from wounds in the crash, or being trapped in the ice; literally falling down the rabbit-hole into another part of the planet, or facing other - potentially alien - threats that the planet has to offer, survival doesn't come easy to this family unit. But they have one rule: the Robinson family stick together.

Catering for the modern generation, Lost in Space 2018 is a lean, mean animal which is the very definition of "Rated 12 for intense scenes of peril". Marshall does a great job behind the camera at wringing the maximum amount of tension out of what is ostensibly supposed to be a family sci-fi drama, embracing the survival-in-a-perilous-environment premise which laid the foundation for his tremendous horror, The Descent. Making the most of the icy environments, as well as the gorgeous woodlands, he revels in putting the characters in jeopardy, with the opening pilot alone posing seemingly insurmountable problems for almost every single one of them. Thankfully the parents and children alike each have their own skill sets, whether mathematical, engineering, or medical, with the dad a former soldier and the mother adept at managing risky scenarios using data analysis.

Toby Stephens and Molly Parker are great as the parents - not without their own issues, which, prior to being sent on their mission, largely stemmed from the dad's seemingly interminable military tours - whilst the child and teen actors do a solid job as their characters are forced to survive their individual dilemmas. Fans familiar with the mischievous - and potentially malevolent - Dr. Smith, who plagued the family, won't be surprised to see a relatively early introduction to an incarnation of sorts, and you'll have to wait even less time to encounter a robot (of sorts) who establishes himself early on as friend or foe, at least on the face of it.

The extended pilot episode, running over an hour in length, packs a whole lot into its runtime, whilst the remaining chapters in the 10-episode first season are almost all slightly shorter. However, such is the benefit to Netflix that episodes generally run as long as they have to, we're not short changed here. The format also allows for more of a broad-stroke approach to painting this picture, as the narrative shifts focus to introduce additional characters (remember the cocky pilot played by Joey from Friends?) and develop the backstory on how they all got into this mess.

Although immediately reminiscent of Lost, the show has much more in common with Battlestar Galactic - which is a good thing - doing well to maintain tension and an undercurrent of threat; affording an apocalyptic premise ripe for some great effects-laden space sequences to flash back to; and developing a disparate group of characters into more rounded individuals who have to each face their own personal problems as much as facing the threats they encounter.

It's a polished sci-fi show (again, as you'd only expect from Netflix - c.f. Altered Carbon, Star Trek: Discovery) that's, at least initially, very watchable and very enjoyable - maybe even compelling in its opening pilot - with enough uncertainty to leave you wondering whether things will go, but clearly also enough padding to stretch a narrative that may, in the past, have made for little more than a feature film, into a 10-episode run. Certainly the pilot episode is a healthy 8/10, although - unsurprisingly and understandably, the show can't quite maintain that same momentum for the next few episodes, promising to build to something special but with some way to go.