When your life is a lie, who can you trust? 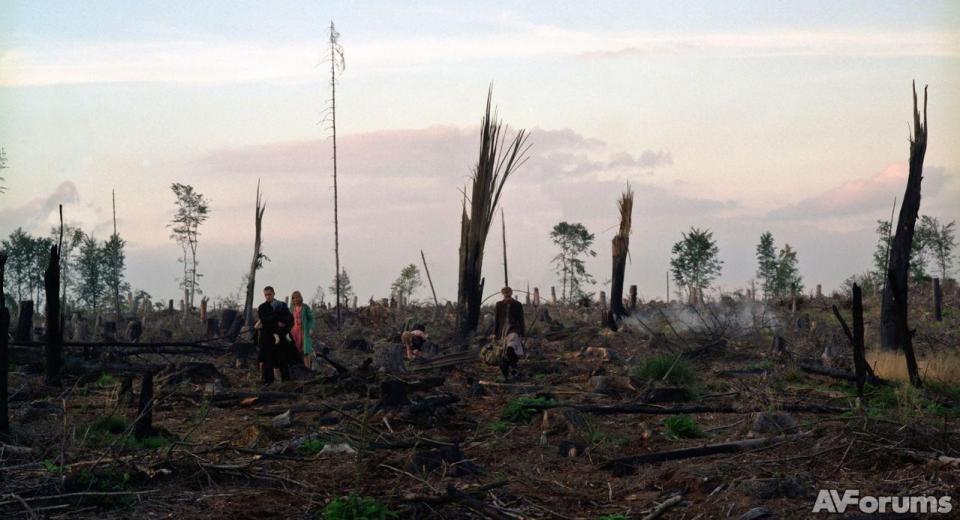 There is a profound message hidden within Cate Shortland's emotionally divisive Lore, but alas, I couldn't quite put my finger on exactly what it was. It felt torn, and often times a little confused about what it's trying to say, but indeed upon reflection this makes more sense than it did at the time of watching, as it subtly mirrors the emotions of it's main character. There's quite a charm to Shortland's directorial hand, and although this movie is unlikely to leave a deep impression, it certainly gives pause for thought.

It's the end of the second world war, and Nazi Germany has fallen, and the allied troops move in. Hitler leaves behind a fractured and broken, yet loyal following, who now realise their actions, seen as crimes to the outside world, are to be held to account. For teenage Lore, this instigates a life changing moment, as her parents, who were implicit in bringing Hitler's plans to fruition, abandon her and her siblings, one of whom is a baby, to escape or face the music. Lore's parents' fate is not made clear to us, but it's obvious that the outlook for them is bleak. Left alone to look after her brothers and sisters, Lore must bring her family across five hundred miles of war-beaten countryside to her Grandmother's house near Hamburg. A daunting task for the young 14 year old girl, whose experiences in life thus far have been limited to that which the Führer professed as true. Along the way, Lore struggles against violence, hunger and starvation, fear and an overwhelming new-found sense of responsibility.

You have to admire Cate Shortland's bravery at tackling such a deeply meaningful subject from such a bold and intensely provocative angle, but it's in her choice of lead actress that Shortland's vision is captured perfectly. Saskia Rosendahl is outstanding as the youthful girl who has to grow up so quickly and so suddenly. She manages to encompass exactly the right amount of conflicting emotions that's required for her character to be pitiable, yet also frustratingly blinkered. All she's known is what Nazi Germany has taught her, and to embark on such a journey, and with such immense responsibility thrust upon her, would be incredibly daunting for a child her age. Throughout the performance, we get a sense of how Rosendahl imparts a real feeling of the real world dawning on her character, and how this awakening is fervently unwelcome. It's captivating to behold, and I have no doubt that Rosendahl will be making many more appearances to come in her career. Definitely one to watch.

Shortland shows a deft skill for choosing the right people with this challenging movie, not only with her lead actress, but also with her Director of Photography, Adam Arkapaw (Animal Kingdom, Snowtown). His natural eye for lighting and shooting is incredible, and here we get a masterclass in “approachable” art-house, that is, without the pomp and self obsession. Opting to shoot on Super 16 is perhaps a brave move, but it truly is a joy to behold, though for me perhaps slightly too focussed on shallow depth of field and intensely personal close up framing on the characters. It works extremely well though, and any criticism I have can easily be waved away and put down to personal taste.

The story is engaging, and it genuinely captures Lore's transformation from being a young girl devoted to the Fatherland, to becoming a grown woman over the course of several hundred miles worth of experience. Her eyes are opened for her, and the realisation that she, in fact, knows very little about the real world comes as a shock. She pushes back hard against the realities she is faced with, and the narrative moves towards a reconciliation within her that, perhaps, some things aren't as black and white as she had been led to believe they were. But she is a stubborn and defiant young girl, and the story is wrapped around her character, rather than pulling it in any one direction. She realises that she's been lied to by her parents, by her beloved Führer, and she begins to ask the question “Why?” more than she ever has before.

There's no joy to be taken in the plot and narrative with Lore, but the movie is not entirely devoid of joy. There is plenty to behold in Cate Shortland's boldness and honesty behind the camera - her vision was evidently clear, and though the message falls short of being obvious, there's a lot to take away from Lore. With an incredible performance from Saskia Rosendahl, and breathtakingly beautiful cinematography, Lore has a lot going for it indeed. It's quite an unusual angle on well covered subject matter, and it's handled carefully, and with humility, without ever once feeling contrived and self absorbed. A solid movie.