The most diluted of the trilogy 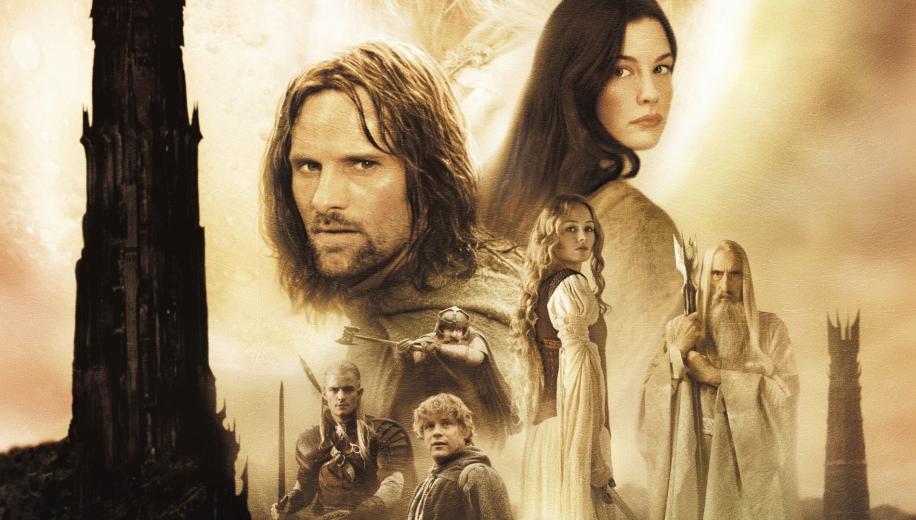 After the runaway success of Fellowship, December 2002 took a long time to come around. The benefits of concurrent filming really paid off, as all the characters are now well established in their respective roles, the ‘world’ was able to continue and the various story threads follow their own path. In terms of storytelling, the second part needs to be the lowest ebb for the characters, so they have something to come back from, this is kind of true here, each of the tales has its own distinct part to tell, and there are a lot, making it the most diluted of the trilogy.

New races are introduced, and new characters (again the casting is perfect), and there is a distinctly darker, more foreboding turn, as the threat level is turned up and the obstacles to overcome start to take their toll. Of course, it is still epic in its scale, and the story threads are interweaved to give rise to a grander purpose, while the battles are also turned up a notch; the stand off at Helms Deep is enough to be a film in itself. As the film comes to a close there is still the feeling that the best is yet to come.

Once again, after the theatrical run, there was a huge amount of unused material incorporated back to make the Extended Version, but unlike the Fellowship and King the additions here make the most sense and fell less like additions and more part of the bigger story.

The Two Towers was shot on 35mm film using an array of cameras including Arricam ST, 35IIC, 35III, 435, 535, 535B, Moviecam Compact, S, and Mitchell Cameras. The source for this Ultra HD Blu-ray release was made from the original camera negative which was recently scanned and cleaned up, with colour correction, at 4K resolution resulting in a new 4K DI. The disc presents a native 4K 3840 x 2160p resolution image in the widescreen 2.4:1 aspect ratio, and uses 10-bit video depth, High Dynamic Range, and is encoded using the HEVC (H.265) codec for both HDR10 and Dolby Vision. We reviewed the Region free UK Ultra HD Blu-ray release of The Two Towers on a Panasonic 65DX902B Ultra HD 4K TV with a Panasonic DMP-UB400 Ultra HD Blu-ray player.

Both Theatrical and Extended are cut from the same 4K DI so look identical, and they are stunning. .

Impact to the colouring

Fellowship was a tremendous image, and Towers manages to just top it. Detailing remains very similar with keen edges throughout; skin texture and clothing weaves are clearly discernible; check out the Riders of Rohan’s armour, or the ornate carvings in the Great Hall; the landscape shots are stunning, the wonderful vistas, with their chiselled rocks, or lush forestry – picture post card perfect.

Once again, the WCG and HDR really give impact to the colouring; the greens of the forests, the blues of the skies and the reds of the flags and armour; check out the depth of orange in the fires, while flesh tones are good and natural.

Black levels are deep with some inky levels during the night battle of Helms Deep, giving terrific depth to frame while holding amazing showdown detail; while the white scale pushes the image, highlights are wonderful, check out the brightness of Gandalf’s staff as he rides to the rescue, or while he is in transformation, or how bright the lighting flare is being run by the orc to the barrels of powder under the walls of Helms Deep.

Digitally there are no issues and the original source is pristine, with a light sheen of grain to give the image a beautiful filmic image.

The Dolby Atmos track really opens up the 3rd dimension to the surround field, with wonderful separation and layering. Dialogue is prioritised to the front but given the directionality when needed and sounds very natural. Surround and overhead channels add significantly to ambient effects, be that weather or crowd chatter, while horses galloping past are all encompassing. The score makes full on use of the surround field, being well layered into the mix, becoming dominant or soothing, and is one of the best enveloping effects.

Patter of the rain

The Battle of Helms Deep is a real work out for the system; the roar of the orcs, the patter of the rain, the thumping of their spears – it truly feels threatening; and once the battle starts proper it is pure abandoned mayhem; clashes of metal, the twang of bows, the thud of flesh – you are in the middle of the maelstrom. Bass is astonishing, with impact being felt as well as heard: horses' hooves, sword against shield or the explosion under the walls and subsequent debris fall! Incredible track.

None included in this set.

The Second in the trilogy, The Two Towers, by necessity is the hardest to follow; it separates out the characters and thus there are numerous story threads; the Fellowship, of the first film is gone, being replaced with more characters, wider scope and a general dour, darker tone that raises the stakes considerably. However, with it being filmed concurrently, the same attention to detail regarding casting, score, effects, characterisation and editing means the film remains superlative and engaging, and it too only gets better with time.

The set from Warner continues to impress: the second once again providing both the Theatrical and Extended cuts, with a beautifully filmic native 4K picture and a thoroughly immersive Dolby Atmos surround track that has tremendous bass – it's incredible viewing. Once again, no extras at all.