Jackson put his heart and soul onto the screen 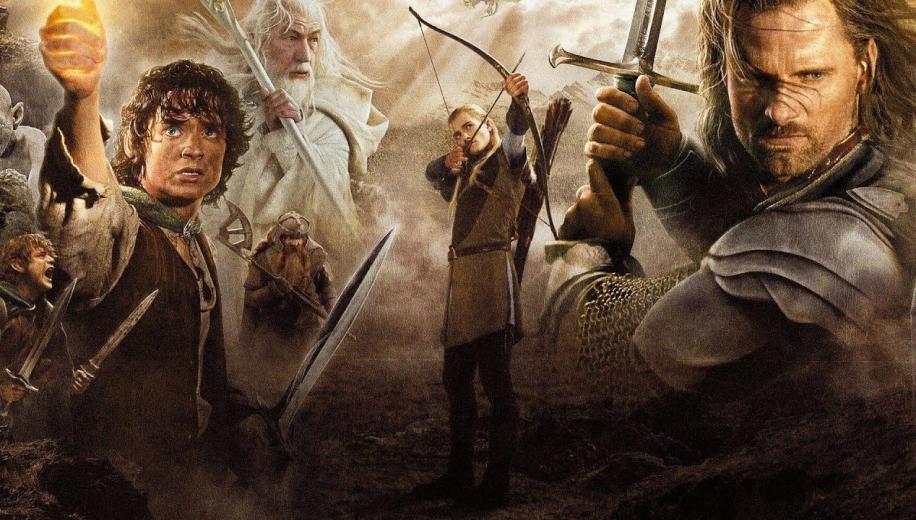 The Return of the King Review

Then let us be rid of it, once and for all. Come on, Mr Frodo, I can't carry it for you, but I can carry you!

December 2003 took an even longer time to come around, for the conclusion of the most ambitious film series was eagerly anticipated. Released to equally critical and commercial acclaim and securing the most of the Oscar wins, The Return of the King did not disappoint. Famously, Peter Jackson once said, “You only make the first to parts, to get to the third”, and boy did he put his heart and soul onto the screen.

If anything, Return, is even more grand in scale, with all the story threads slowing coming together to form a fitting conclusion. Sam and Frodo, lost in the depths of Mordor, struggling against all odds, while the rest of Middle Earth is under siege; the massive battle for Minis Tirith, the last stand at the Black Gates and that final sacrifice wring just about every last bit of energy from you; and then, we have the endings. Such grandeur deserves an ending, and Return of the King gets three, each with its own emotional resonance, so that once the credits roll there is a genuine sense of satisfaction in the scale of it all.

One film in three parts

Like Fellowship and Towers, Return was blessed with an Extended Version that gave even more extravaganza to an already epic scale. It was a different time; Jackson was still a relative unknown, and the money men didn’t really know what they had, until they had it; on the back of this film, Jackson would go on to indulge his talent on a slightly bloated but nevertheless epic King Kong reinterpretation, and then an even more bloated and unnecessary Hobbit, where all the good will that The Lord of the Rings built up was squashed.

But let’s not sour what is a tremendous film series with such thoughts, The Lord of the Rings is a remarkable achievement and a stunning piece of film making; watched in its entirety there are no chinks in its armour, it is one film in three parts and deserves to be enjoyed a such.

The Return of the King 4K Video

The Return of the King was shot on 35mm film using an array of cameras including Arricam ST, 35IIC, 35III, 435, 535, 535B, Moviecam Compact, S, and Mitchell Cameras. The source for this Ultra HD Blu-ray release was made from the original camera negative which was recently scanned and cleaned up, with colour correction, at 4K resolution resulting in a new 4K DI. The disc presents a native 4K 3840 x 2160p resolution image in the widescreen 2.4:1 aspect ratio, and uses 10-bit video depth, High Dynamic Range, and is encoded using the HEVC (H.265) codec for both HDR10 and Dolby Vision. We reviewed the Region free UK Ultra HD Blu-ray release of The Return of the King on a Panasonic 65DX902B Ultra HD 4K TV with a Panasonic DMP-UB400 Ultra HD Blu-ray player.

Both Theatrical and Extended are cut from the same 4K DI so look identical, and they are stunning.

Beyond the limits of Blu-ray

This image manages to pip the other two, to be best of the bunch; its detailing is just as finite, with keen edges throughout – skin texture, clothing weaves, armour, tree bark, masonry, weapons, dirt and grime: everything has tangible limits. Landscape shots are magnificent, while close ups are wonderful.

The HDR and WCG give the colours real pop and lustre, even in this, the most dour of palettes in the trilogy, pops of blue and red in the various flags and banners, the greenery of the plains, the intensity of the fires, the misty greens of the Army of the Dead, all beyond the limits of Blu-ray.

Black level is deep and strong, hiding incredible shadow detail, check out the Nazgûl, the depth to their clothing, or the darkness in the tombs; while the white scale pushes the image, highlights, such as glints of sunlight on metal, or the depth to Gandalf’s robes, or the brightness of his staff. Top stuff.

Digitally, there are no issues and the original source is pristine, again with a sheen of grain to give a beautiful filmic image. Wonderful.

The Return of the King 4K Audio

The Dolby Atmos track is tremendous in terms of separation, layering and overall immersion, with extensive use of the surround and overhead speakers to add depth to the 3D surround field. Dialogue remains prioritised to the frontal array, sounds perfectly natural, and is given directionality when needed. Effects, such as weather, wind, battle noise (arrows, sword or spear on shield, shouts etc.) galloping horses are well maintained, while the score makes full use of the dynamic range, separation and provides a first class surround-scape.

The epic battle sequences are awash with detailed effects and make the most of the overhead layer, while bass adds so much to the sound field. The siege engines on the attack of Minis Tirith and the catapult impacts are enough to bring down the walls! It is a mighty track, yet filled with finesse, quieter moments are just as engaging and still provide a real sense of being. As every bit as epic as the film itself.

The Return of the King 4K Extras

None included in this set.

The Return of the King 4K Verdict

The third and final instalment of the trilogy, Return of the King, is a suitably fitting conclusion, bringing everything together without losing sight of the bigger picture, the stakes remain as high and it is every bit as epic as befits this mammoth story. As each of the story elements come to a close there are plenty of endings, each one with its own sense of worth and emotional pay off.  Its concurrent filming continues the same attention to detail regarding casting, score, effect, characterisation and editing, so the film remains totally engaging and, it too, only gets better with time.

Only gets better with time

The set from Warner is terrific: holding all three films in both their Theatrical and Extended cuts, with stunning native 4K pictures that are detailed, well coloured with amazing black levels that truly are beautifully filmic images; combined with a thoroughly immersive Dolby Atmos surround track that is engaging, absorbing, effects laden, and with tremendous bass – all making for incredible viewing. No extras at all though.