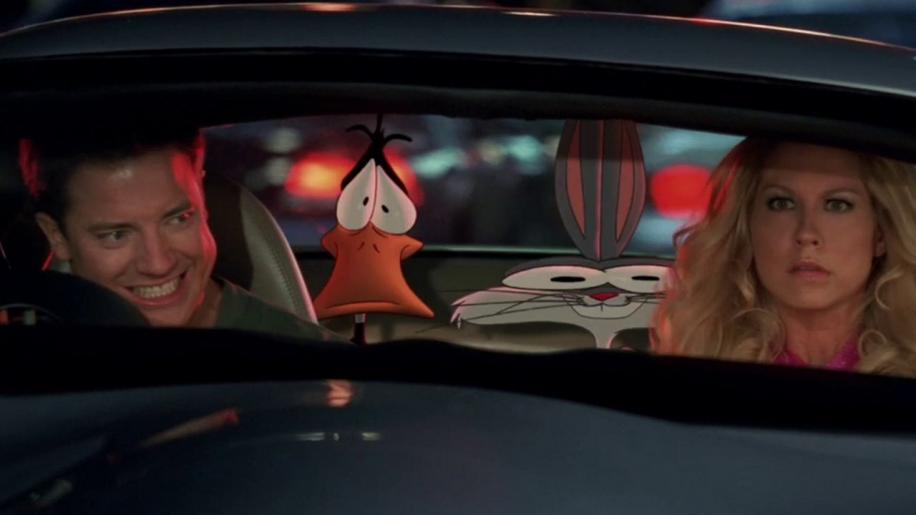 Bugs Bunny and Daffy Duck team up with Brendan Fraser and Jenna Elfman in an attempt to save earth from worldwide domination by Steve Martin and the Acme Corp.

Well, you've got a whole lot of talent in this movie. A great genre director like Joe Dante (whose section of the Twilight Zone movie is similar to this), a great cast with the likes of Brendan Fraser, Steve Martin, Timothy Dalton and Joan Cusack, a great DP in Dean Cundey and the great Jerry Goldsmith providing the score. You'd expect a lot of any film with that kind of talent - well, lower your targets folks, this is the Looney Tunes movie.

It's not that it's a bad film, it's just that it's not a very good one. This isn't like Finding Nemo, or even the Spy Kids films, that can be a lot of fun for adults too, and have potential to grow with their target audience. There is very little of that elasticity here, the film is what it is. Fans of the Looney Tunes cartoons will love it, and, probably, so will younger children. Parents who will have to endure countless repeated viewings of this DVD, consider yourself warned - the frenzied level of Dante's direction could drive a sane person to distraction.

Dante packs in all the cameos of his favourite character actors - Dick Miller, Roger Corman, Kevin McCarthy and even Robbie The Robert all make guest appearances. Perhaps this “cameo” spotting is where the fun is for adults, because it isn't too much fun watching the film - indeed, my only grin in the whole movie was when the Darleks appeared - although what they have to do with the Looney Tunes universe is anyone's guess..

Although I wasn't a fan of the film, I guess I'm not really the target audience. To be fair, the movie pretty much does what it says on the can, hence my score.